My name is Andrea Gagliarducci. I am the Vatican Analyst at the Catholic News Agency (www.catholicnewsagency.com). I also write with the National Catholic Register, where I also run a blog (http://www.ncregister.com/blog/andrea-gagliarducci/).

I am one of the “vaticanisti” of the Italian web site www.korazym.org, specialized in religious information.

I write as a  free lancer for two Italian newspaper, La Sicilia and Il Tempo. 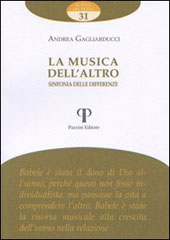 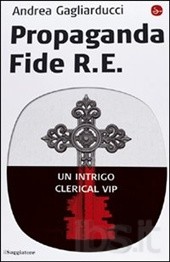 Propaganda Fide R.E. is an instant book/pamphlet I wrote the last year, in the midst of the investigation Grandi Eventi (Big Events contracts) held from the Public Prosecutory Office of Perugia. Among the inquired people, former Minister for the Public Works (Ministro delle Infrastrutture) and Cardinal Crescenzio Sepe, now archibishop of Naples, but inquired as Prefect of the Congregation for the Evangelization of People, known as Propaganda Fide. According to the public attorneys, the cardinal obtained the restructuration of Propaganda Fide Palace (in the heart of  Rome) in exchange of houses (property of the Congregation he presided) sold under their current value.

The book sketches out the cross of interests between the Vatican and people outside the Vatican. It is brought on from people I define “clerical vip”: people who is not part of the Church, but deal with the Church and try to use the Church (sometimes with the help of condenscending prelates) for their own interest. 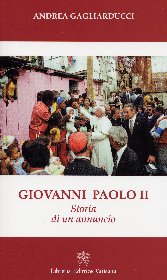 Giovanni Paolo II. Storia di un annuncio is a short biography of John Paul II. I tried to sketch out the life of the late (and now Blessed) Pope by following is will to proclaim the Gospel to the world. I enriched the book with more than 50 picture, mostly taken from the Servizio fotografico dell’Osservatore Romano. Many of these pictures are – if not unpublished – very rare.

I will post every monday an in-depth analysis  regarding the Vatican and its “surroundings”. The post will not necessarily follow the path of the hard news. It will try to give a different point of view, hopefully a more in-depth point of view.