Pope Francis, the clues of his modus operandi 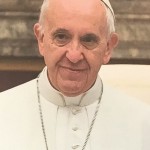 This week, two news items say a lot about Pope Francis’s modus operandi and show more clearly some dynamics and expectations that have arisen during the pontificate. The first item is the decision to have an internal inspection of the Congregation for Divine Worship and the Discipline of the Sacraments. The second is the responsum (answer) of the Congregation for the Doctrine of the Faith, approved by the Pope, which says no to blessings for homosexual unions.

They are two different things but somewhat connected. They represent a particular way of governing by Pope Francis. The Pope is not always linear in his verbal expressions. But he becomes precise when it comes to making government decisions or giving inevitable doctrinal answers.

The news of the inspection of the Congregation for Divine Worship has been read by many as a repudiation of the work of Cardinal Robert Sarah, who has been its prefect since 2014. Cardinal Sarah has always been considered at the antipodes of Pope Francis, praised by the traditionalist world and sometimes put in difficulty by the Pope himself – when, for example, Pope Francis sent him and made public a letter to correct his interpretation of the decree on biblical translations Magnum Principium.

Cardinal Sarah, however, never wanted to go against Pope Francis, nor did he ever criticize him. His lectures, all centered on mysticism and an actual return to the Eucharist, speak of the Church. They do not center on the figure of the Pope.

The inspection ordered by Pope Francis is, therefore, different from sending a commissioner. Instead, Pope Francis took the opportunity of the Cardinal’s retirement to begin rethinking the dicastery. Bishop Claudio Maniago was tapped as inspector. He is the president of the Liturgical Commission of the Italian Episcopal Conference, which, among other things, edited the new edition of the Missal with the new translation of the Our Father.

Maniago had been considered to be in pole position to replace Cardinal Sarah. But this “inspection” somehow puts him out of the game. What is Pope Francis’s goal?

Pope Francis wants to overcome any resistance to his notion of reform. He also has a particular anti-traditionalist bias, which has also led him to take firm decisions against religious orders such as the Franciscans of the Immaculate Conception – decisions that are not under the spotlight anymore.

Not surprisingly, in the Praedicate Evangelium draft Constitution of the Curia, the prerogatives of the Congregation for Divine Worship are confirmed. Furthermore, the task of supervising the liturgical renewal according to the canons of the Second Vatican Council is added to them.

It could be said that, in some way, there is still an ongoing effort to push on the so-called “spirit of the Second Vatican Council” and a constant complaint from some peripheral churches because their liturgies are criticized as being too liberal. Pope Francis, who comes from a peripheral Church, is sympathetic to requests from them.

But the Pope also knows that there is a traditional world, not a traditionalist one, which instead maintains a strong sense of the liturgy. For this reason, before appointing a new prefect, he takes time. The inspection is carried out in such a way as to make the necessary changes, especially in procedures, to then allow the new prefect, when he arrives, to enter an already renewed department.

If there are attacks, they will go towards the inspector. Also, the inspection allows the Pope to wait for the end of the transition of the Congregation. Archbishop Arthur Roche, an Englishman, the last bastion of continuity, has been its secretary for nine years. Next year, he will come to the end of his second mandate. The Pope could assign him to another office, effectively applying what the Apostolic Constitution Praedicate Evangelium already provides for: no Curia office can be held for more than two five-year terms. The Pope has already used this measure in several cases, including those of his secretaries.

Pope Francis thus carries forward the idea of change. He forces, in some way, the conversion of the hearts that he has in mind, taking into consideration every balance necessary for the management of power. All his decisions seem to be aimed at avoiding imbalances while centralizing government competences.

The inspection is linked to various other initiatives, which then concern the very idea of synodality of Pope Francis. Among these initiatives, for example, that of the Council of Cardinals, an advisory and non-decision-making body; the commissions established for the Vatican media’s reform; the commissions on the IOR and the economic administration of the Holy See; the commissions on the female diaconate. On everything, Pope Francis promotes a discussion. When he wants things done, he sends someone to do them. It does not mean that this someone will then keep the post. He serves above all to prepare the way for the actual person who will then take up the position.

How does this relate to the responsum on the blessing for same-sex couples? The idea of synodality has led many particular Churches to feel legitimized to pursue their paths. There is not only Germany. Ireland will launch its national consultation. In Italy, backed by the Pope himself, there is talk of a possible synod of the Italian Church.

But if, for example, the possible Italian Synod would serve Pope Francis to favor a change of pace that he seeks, but that the Italian Church does not want to take, the Synod in Germany has already presented itself with all its problems, especially as far as it concerns decisions about women in the Church, sexual morality and homosexuality.

With a letter and other initiatives, Pope Francis tried to make it clear that the path of the particular Synods must be in communion with Rome. But this is a message that has not been heeded. In particular, the theme of blessings for same-sex couples has become central because there is this practice in many bishops’ conferences. And in fact, Germans and Belgians immediately made it known that they will continue to do so. In contrast, Father James Martin, the Jesuit the Pope likes who makes pastoral care for homosexuals the center of his preaching, said that the directive may prompt “some LGBTQ Catholics to leave the church, after years of feeling rejected and unwelcome.”

Pope Francis has never spoken in favor of gender trends and same-sex marriages. His “who am I to judge” comment made in the plane returning from Rio de Janeiro in 2013 was decontextualized and used as a sort of papal endorsement of homosexuality. The meetings that the Pope subsequently had, also with homosexual couples, in private form, favored this idea. Pope Francis was epitomized as embodying the opening of the Church at the most progressive parties’ conventions. And the Pope, attentive to his public image, let it be.

But when things became difficult to manage, Pope Francis took to the field with all the power of the institutional Church. The Pope has approved a responsum of the Congregation for the Doctrine of the Faith, but it is not attributed directly to the Pope. Some may even think that the Curia is resisting the Pope’s opening. This is not the case, but public opinion is not bound by facts.

Thus, when decisions have to be made, Pope Francis centralizes power. He does it with the inspection of Divine Worship; he does it with the Congregation for the Doctrine of Faith’s responsum . He concentrates power but keeps out of the fray. He has a precise design of his own and carries it out patiently. After all, this is why eight years have already passed without a real Vatican spoils system. Partly because the Pope does not look to the Curia, he looks further out.

2 Responses to Pope Francis, the clues of his modus operandi