Can the Jesus’ infancy narratives be a reason for controversy? The Pope renews his confidence in Georg Gaenswein, and appoints him Prefect of the Pontifical Household

A visible, yet hidden, Church 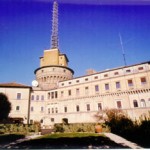 When John Finnis decided to dedicate to Thomas Aquinas the first of the Oxford University Press book series about the founders of modern thought, it was sort of a revolution. Modern thought has been – since the French Revolution – attributed to the Enlightenment. It begins – according to history of philosophy books – with Hobbes, and reaches the peak right with the French Revolution. At that time, the Enlightenment takes science away from religion, and the human person is detached fromthe law. Persons are provided a sort of «instructions book» (when is a war just; when is a thought progressive; when is morality truly morality), and following it will not lead to error. There is not God,  there is Reason. But the latter is a very demanding deity.

John Finnis had the courage to go beyond this instructions book. A legal positivist in the past, he then changed his point of view – he also converted to Catholicism -, and looked beyond the written «one way» history often taught in schools. He decided to identify, as the founder of modern thought, a theologian — a Dominican friar whose philosophic vision cannot stand without his faith.

How many «John Finnis» are in the world? A lot, indeed. There are those who studythe history of human rights and reveal they did not rise with Enlightenment and legal positivism, but much earlier, with the Salamanca Dominican School and the report of the Indias by Bartolomé de Las Casas. There are those who study the history of the law, and show that, yes, the Inquisition degenerated horribly, but the reason why it came into being was to reform judicial procedures, and to institute a person-centered trial. Before, accused persons had to defend themselves from any given accusation.  In the Inquisition’s trials, the accused is presumed innocent until proven guilty.

There is a whole visible – and yet hidden – world delineating the contours of a culture directly rooted in Catholicism.A world that Catholic-inspired institutions should call our attention to. Recently, much has been written and said about Benedict XVI’s Twitter account. A really big deal? Not at all. In fact – as father Antonio Spadaro, director of the Jesuit bi-monthly Civiltà Cattolica, rightly put it – Benedict XVI’s twitter account is a direct consequence of the radio messages inaugurated by Pope Pius XI.  Radio messages that, with Pius XII during the Second World War, acquired the very force of a social encyclical.

The issue is not about having a Twitter account or not, or about reaching out to bloggers – as the Vatican did in a Meeting for Bloggers held the day after John Paul II’s beatification. The issue is not even the need to have a portal like news.va, a news aggregator which also works as a Vatican official channel for news. All of this is important, but it is just cosmetic. And the way it is managed can serve to increase visibility, but fails in delivering content, which is most important. It seems it was a long time ago that Pope Pius XI, conscious of the importance of the Church’s message, hired Guglielmo Marconi to build and start the Vatican Radio.

But many – inside the Holy See – are not fully aware of the value of the message that they have a role in transmitting.  They are not conscious of the importance to tell and communicate that message. This is ultimately the reason why there is little coverage of the lively Catholicism of parishes, and why Catholic culture and transmitting the Church’s history are not supported. Much should be rewritten in history books, to show the role of Catholicism in the world. But the Catholic intelligentsia seems not to be conscious of it. It is so unconscious about it that – for example – the administration of seminaries is transferred to the Congregation for the Clergy and taken away from the Congregation for Catholic Education– despite the fact that the latter provided a comprehensive education, not just one for sacristies.

Catholic thought is now spread thanks to some small initiatives. Far from being just “local”, these initiatives can be considered small flowers that blossom in the desert.They need to be fully appreciated. In Italy, there are at least two noteworthy examples.

The Circolo San Tommaso d’Aquino is a cultural association of young people and for young people, founded in Aquino – the birth place of Thomas Aquinas – in 2009. It publishes I Quaderni Aquinati, book series, which most recent additionis Thomas Aquinas’ Integral Humanism, by the philosopher Massimo Cacciari, the theologian Inos Biffi, and Card. Gianfranco Ravasi, president of Pontifical Council for Culture.  The mission of the Circolo San Tommaso d’Aquino is to spread Thomas Aquinas’ thoughts and works. This is why every year it promotes an International competition – called Veritas et Amor – awarding two 3,000 euro scholarships to scholars up to 35 years old: the first scholarship is for a paper or thesis that updates the relevance of Thomas Aquinas thought – not only regarding theological issues, but also diplomatic, political and social issues; the second scholarship is awarded to an art work inspired by Thomas Aquinas’ writings. All of the Circolo San Tommaso initiatives have been inspired by what Paul VI said when he visited Aquino in 1974 to celebrate the 700 anniversary of Aquinas’ death. On that occasion, Paul VI spoke off the cuff. The Circolo found the recording of that speech and published it in a Dvd. «Where, if not in Aquino – Paul VI said – can anyone study theology?»

The Cardinal Michele Giordano Prize (in memory of cardinal Michele Giordano) has been sponsored by L’Orientale Editrice publishing house. Established in memory of the mourned archbishop of Naples (he died in 2010), the prize recognizes a book of religious interest published in 2012 (a commission will choose three finalists, and the winner will be elected via a facebook vote), thus stimulating and rewarding Catholic publishing. The prize was inspired by Cardinal Giordano’s keen appreciation for the media. As archbishop of Naples, he came up with the “Premio Buone Notizie” (good news prize), which he awarded to prominent journalists.

The development and promotion of Catholic culture is linked to initiatives like the ones promoted by Circolo San Tommaso e L’Orientale Editrice. The Catholic world lacks organizations with open-minded criteria, institutionally supported, that can invest on these initiatives and help to promote Catholic thought. Institutional coordination is also lacking. This coordination could be managed by the Pontifical Council for Social Communications, so that every initiative, even small ones, be assessed and appreciatedat the international level. And so, there is still a visible, yet hidden, Church. Individual initiatives are the engine that supports the history, thought and life of the Church. Yes, this is subsidiarity – i.e., if a single, a small community can do something, the central institution must not interfere – a cardinal principle of the Social Teaching of the Church. However, subsidiarity also needs support from the top-levels. And this support cannot always be just a sponsorship

One Response to A visible, yet hidden, Church