Vatican communications, changes in the making? Mueller leaks. Even the new Guardian of the Faith attacked in leaks… Unsuccessfully. 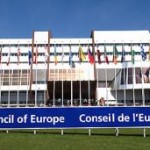 Strasbourg locuta, causa finita? (Strasbourg has spoken, the case is closed?). This expression is taken from Saint Augustine’s «Roma locuta, causa finita». In Saint Augustine’s times, two councils of African bishops had requested Rome (the Apostolic See) to concur with their conclusion on a particular matter, and Rome had replied in two reports (rescripts – in other words, «had spoken») that settled the issue once and for all. Something similar happened in Strasbourg: criticisms of the Holy See’s efforts at financial transparency had been brought up, but Strasbourg basically recognized and applauded the Holy See’s commitment to transparency. The report on the Holy See was approved in July, 4th. A landmark achievement for the Holy See, which also avoided negative ratings on 10 items that would have amounted to a sort of censorship process.

So, Strasbourg locuta, causa finita? Apparently not, considering what followed the assessment of the Holy See’s financial transparency at the plenary assembly of MONEYVAL in the French city.  Right after the Holy See’s official press release, rumors spread that the Italian delegation to the plenary had been «gagged» and prevented – by the Italian government itself – from complaining about some (presumed) outstanding international requests and about some operations by the IOR, the Institute for Religious Works. The Italian Minister of Economy did not deny it, and offered further information about the Italian intervention at the MONEYVAL plenary assembly. A sharing of information that probably will not please European Institutions. Discussions at the MONEYVAL assembly are, in fact, confidential. Yet an observer country, Italy, through an official statement, discloses details about the Italian delegation’s intervention and makes public observations about the report on the Holy See. What will the reaction of Europe be?

It is just one episode.  But it shows the perils on the Holy See’s path to financial transparency. A path that began with the Monetary Agreement with Europe in 2009, continued with the promulgation of the Vatican anti-money laundering law in 2010 and the Holy See’s request to be evaluated by MONEYVAL in 2011, and was followed by the reform of the anti-money laundering law at the beginning of 2012, at MONEYVAL’s request.

MONEYVAL is the body of the Council of Europe that evaluates the adherence of its member states to international standards to counter money-laundering and the financing of terrorism. The standards are informed by the body’s Financial Action Task Force (FATF) recommendations. There used to be «40+9» recommendations, but the most recent FATF plenary reduced them to 40, with significant revisions. MONEYVAL makes peer evaluations, and does not maintain a minimum threshold «white list». It engages, instead, on an ongoing and recurring process to constantly adjust recommendations in response to technological or other changes that criminals could try to take advantage of.

By submitting to a «technical» – non political – evaluation of its anti money laundering  protocols,  the Holy See showed that it is not interested in a fig leaf, but in materializing its commitment to implement a broad transparency policy. It opened its doors to European evaluators, who conducted two on site visits to the Vatican, delineating – together with Holy See officials – a path to transparency akin to that of any other state. No state has ever been found to be in compliance with all the recommendations.  Instead, each  state is on its own path to ever greater compliance.  Italy, for example, was found «not compliant» with 5 crucial recommendations, the so called «core and key» recommendations – and the FAFT document worriedly reported that Italy «has one of the highest cash payment ratios in Europe, and tax evasion that exists in sectors such as real estate provide a favorable environment to money laundering» (see p. 7).  According to the press, the Holy See was assessed «not compliant» or only «partially compliant» with 7 recommendations.

In fact, the anti-money laundering law of Vatican City State was written in a hurry, under the pressure from the Italian authorities’ impounding of 23 million euro transferred by the IOR. After the promulgation of the law, Italian magistrates restored the money.  But the money has not been released yet, because the closure of the investigation is still pending.  The negotiations for the Monetary Agreement with Europe were also held under duress from an investigation – that lead to nothing – about an IOR account in a Unicredit Bank branch in Via della Conciliazione.  Finally, the second on site visit of MONEYVAL evaluators was followed by the news of the closing of an IOR account in a Milan branch of the JP Morgan Bank.

Now, just as Strasbourg has given its evaluation and the transparency process is moving on, rumors are spread about the presumed «gagging» of the Italian delegation at the MONEYVAL assembly. A MONEYVAL assembly where Italy is actually just an observer State, without a vote or any influence over the assembly’s decisions.

2 Responses to Strasbourg locuta causa finita? The perils on the Holy See path to financial transparency