What is behind the Vati-leaks war? The Pope weathers the storm. Chronicles from the Vatileaks plot

The release of IOR resolution is a milestone. Here is why 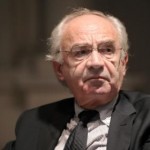 «All you need to say is simply ‘Yes’ or ‘No’; anything beyond this comes from the evil one». In Benedict XVI’s Church, this passage from Matthew’s Gospel is ever more being followed. Proof of it is the release of the no confidence resolution of the Board of Superintendence of the IOR (Institute for Religious Works) that recommended the termination of Gotti Tedeschi’s mandate as its president and as a member of the Board. The publication of the resolution –on the prominent Italian newspaper Il Corriere della Sera – cannot be considered a leak. The Board decided to release it in order to underline that there had been no curial plot behind the loss of confidence in Mr.Gotti Tedeschi. The Board merely decided– the resolution is very straightforward indeed – that Mr. Gotti Tedeschi was not the right man at the right place. The Board complains that he rarely took part its regular meetings. Moreover, Mr. Gotti Tedeschi is said to be more interested on promoting his personal image, which he jealously protects, than in looking after the institution.

The release of the resolution is a milestone:. The era of charismatic and polarizing personalities has come to an end. A new era has taken its place. The era of a solid and clean Church. This is what the Pope wanted. One must not fool around with the institutions. One must serve the institutions. Joseph Ratzinger always followed this dictate, from the time he served as one of the expert theologians at the Second Vatican Council. Now, he is steering the Church in that direction.

There had been several signals that the charismatic personalities era had come to end. For example, the appointment of Cardinal Tarcisio Bertone as Vatican Secretary of State. Bertone – a non-diplomat canonist – said from the very beginning that he aimed to be a «secretary of the Church» more than «a Secretary of State». And then, the replacement of Joaquin Navarro-Valls, director of the Holy See Press Office, better known as the «Pope’s spokesman», with Fr. Federico Lombardi, sj: Navarro-Valls allowed his job to be focused on himself as much as Lombardi has done the exact opposite.. Another “big” signal had been the appointment of cardinal Dias as prefect of the Congregation for the Evangelization of People. Dias’ low key style stands in contrast to that of his predecessor, Cardinal Sepe, who sought the spotlight constantly in the Osservatore Romano – the Holy See newspaper – and wherever he could get it.

Since the beginning of his Pontificate, Benedict XVI set forth several critiques against careerism. His speeches on these topics can be considered part of a long catechesis: on the one hand, the Pope explains the logic of serving the Church; on the other, time after time, Benedict XVI went on challenging and changing the Curial mindset. Less diplomacy, more gospel. Less diplomacy, more law – both Canon and international law. Because institutions are based on the law. And reflection is rooted in truth. Truth and law can be considered the pillars of Benedict XVI’s Pontificate.

There have been different interpretations of the loss of confidence in Gotti Tedeschi. Many observers –particularly the Italians– maintain that Mr. Gotti Tedeschi fell on the wrong side of the internal debate about Vatican Financial transparency. The Holy See recently amended law n. 127 for countering money laundering and the financing of terrorism, and Mr. Gotti Tedeschi had been one of the opponents of this reform. Law n. 127 calls on all the agencies to attain financial transparency. Under the former law, transparency was solely the purview of the Authority for Financial Information. With the new law, everything reverts to the Vatican Secretary of State, while making all the institutions that are under his umbrella accountable. The institutions have an incentive to respond positively, as a means to assert themselves.

This is what the IOR’s board did, when it decided to release the two- page harsh resolution on the loss of confidence in Mr.  Gotti Tedeschi. Any innuendo is swept away by the resolution. Before, the Holy See would whisper, and everybody tried to interpret the whispers. Now, Holy See sheds a spotlight on how things really went. And there is not much to add after that.

«Each of us – Carl A. Anderson, Supreme Knight of Columbus Knights, member of IOR’s board and secretary of the meeting where the decision to remove Mr. Tedeschi was taken, said – has a solid reputation, but it is difficult to project an image of transparency if there is no real transparency behind it. Gotti was not committed to the Institute, he was not focused on his job, he was not properly informed about the activities of the institution and often he did not attend meetings. We had to make a decision, and we voted to withdraw our confidence in him. We had no choice.. The image of the Institute had suffered.. Our objective is to promote transparency and to revamp the Institute’s work, something that Gotti always talked about, but never did».

There are nine stated reasons for the Board’s decision: failure to carry out basic duties incumbent upon the President; failure to remain informed of the activities of the Institute and to keep the Board informed; leaving and failing to attend meetings of the Board; lack of prudence in making comments about the Institute; failure to provide any formal explanation for the distribution of documents held by the President; dissemination of inaccurate information regarding the Institute; failure to counter  flawed media reports about the Institute; polarizing the Institute and alienating personnel; increasingly erratic personal behavior. Two of these stated reasons call into question Gotti Tedeschi reliability, in particular the one about the the distribution of documents that only he held. And so Mr. Gotti Tedeschi goes out of the scene, after only two years as president of the Board of Superintendance of the IOR.