The Vatican is steadily becoming more and more transparent. Proof of it is the appointment of an international expert to head its Authority for Financial Information. 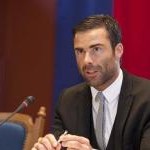 René Bruelhart is the new director of the Authority for Financial Information (AIF).  It is a significant appointment –it shows that the Holy See is moving towards full adherence to international transparency standards.  MONEYVAL’s Plenary Assembly – the body of the Council of Europe that evaluates if its member states are meeting international standards against money laundering and the financing of terrorism– had rendered a positive assessment of the Holy See’s economic/financial structure.  While MONEYVAL evaluators identified –as could be expected– some areas for improvement, they found the Holy See largely compliant with these standards.  This was the case even with respect to the much discussed «bank secrecy»  principle, which is at the heart of many of the black legends surrounding the Institute of Religious Works (IOR), the Vatican’s Trust Fund.

One area for improvement concerned the functions of the AIF, which operates both as a Financial Intelligence Unit (FIU) and an oversight mechanism.  MONEYVAL judged AIF «not compliant» in its oversight function (Intergovernmental Financial Action Group (GAFI) recommendation 23) and «largely compliant» as a FIU (GAFI recommendation 26).  MONEYVAL recommended a clear separation of the two functions, without addressing if they can remain under a common AIF umbrella.

The Holy See needed to thrust a new impetus to the AIF.  Francesco De Pasquale had been AIF’s director since its establishment.  De Pasquale is an appeals lawyer, and had 20 years of experience dealing with anti-money laundering legislation.  He is also a former Bank of Italy official.  Marcello Condemi, who drafted the first Vatican City State anti-money laundering law (law n. 127, later reformed), had also been a Bank of Italy official.  But even if there were plenty former Bank of Italy officials at the Vatican, the Bank of Italy showed some hostility towards the Vatican.  Jeffrey Lena, the Holy See lawyer and international law expert, plainly stated in an interview that the Holy See maintains cordial financial relations with all the countries, except Italy, the only country that «considers the Vatican non equivalent for what concerns anti-moneylaudering»

(Ultimately, the way in which financial relations are managed is a matter in which the very sovereignty of the Holy See is at stake.  All too often, Italy falls into treating the Holy See as if the Vatican were a multinational company on Italian territory –which is not.  History reminds us how the Holy See preferred to sign a Concordat with the dictator Mussolini rather than with the previous Italian liberal administrations, as only Mussolini was disposed to recognize the Vatican City State’s sovereignty, «that piece of land that allows us to carry out our mission,» as Pope Pius X used to say).

How was the Authority for Financial Information improved? At first, by hiring René Bruelhart as a Secretariat of State ad hoc consultant for anti-money laundering issues. Young (he is just 40) and hailing from Freiburg, Bruelhart had ran for 8 years the Lichtenstein Financial Intelligence Unit.  In 2010 he was named vice president of the Egmont Group, the FIUs global network.  Bruelhart’s experience makes him one of the most eminent international experts in the prevention of money laundering and the financing of terrorism.  His recruitment also made the anti-money laundering team at the Vatican more international.

Now, the Holy See felt it was time for a further step.  Card. Attilio Nicora, president of the AIF Board of Directors, supported the notion that it was time for a change.  This was significant, because Nicora himself was one of the most strenuous defenders of the first Vatican anti-money laundering law.  The law had been later reformed, following the first on site visit of MONEYVAL evaluators (who felt very strongly about the need for this reform).  Nicora, however, referred to the reform as «a step backwards».  But Nicora held a position subject to «conflict of interests», as the MONEYVAL report points out, even if Nicora was never explicitly mentioned.  Paragraph 797 of the Report mentions a «serious conflict of interests» for a cardinal that is a member of the IOR Cardinals’ Commission and, at the same time, president of the AIF Board of Directors.  The report did not question Nicora’s personal performance.  Rather, it merely underscored incompatibility among these two responsibilities.

In fact, Nicora’s remaining on board is not at stake, even though he has reached retirement age.  Because Nicora understood that a change was needed, he named René Bruelhart director of the AIF, to make the authority increasingly more independent and international (even inside the Vatican, the board of the AIF was considered disproportionately Italian, compared with the relatively international Holy See personnel).  Francesco De Pasquale was promoted to member of the AIF Board of Directors (AIF Board of Directors members are named by the Pope).  This choice would indicate that De Pasquale had never lost the confidence of  the Secretariat State or the AIF.  Notwithstanding lively internal debates –De Pasquale was also a strong supporter of the first anti-money laundering law– the contribution of the now ex AIF Director was crucial during the first year of the AIF and during these past recent months. When the MONEYVAL report was then published, the Holy See vigorously undertook the commitment to achieve full financial transparency.

What will be De Pasquale’s new responsibilities? The AIF statutes note that AIF Board members must «program, manage and control the Authority’s activity.»  Thus, De Pasquale will be able to contribute his experience to the Vatican’s path to full financial transparency.

At the same time, the appointment of Bruelhart as new director of the AIF may be considered a first step toward the reforms in the Authority recommended by MONEYVAL, and certainly the first of the steps needed to strengthen the AIF’s internal structure.