The Pope weathers the storm. Chronicles from the Vatileaks plot The Pope flies higher than the Vati-leaks sky. And asks to reset and recommence from prayer

Too much talking about Gotti Tedeschi. While the Holy See is working to gain financial transparency 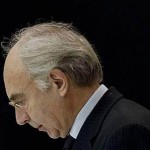 It was with a short, stick to the point, ten lines and three paragraphs press release from the Holy See to clarify its position regarding Ettore Gotti Tedeschi’s case. Gotti Tedeschi had been president of the Board of Superintendence of the I.O.R. (Institute for Religious Works) until May 24th, when he got an unanimous no confidence vote by the Board of Surveillance of the I.O.R. There was the need to release a press release, because of the several inferences – some of which presumably brought up by the same circles who used to praise the alleged commitment to transparency brought on by Ettore Gotti Tedeschi – and after the raid carried out on Gotti Tedeschi’s house in Piacenza and his office in Milan.

Gotti Tedeschi  was also reported to keep in his house 47 folders from the I.O.R. Some reports say that the folders would contain information about some I.O.R. accounts – especially of politician, as the ex I.O.R. president would have said -  but the Gotti Tedeschi’s lawyer Palazzo denied it. In the correspondence with some Curial officials, Gotti Tedeschi denounced a «plot» against him. Tedeschi described it as a «Judaic-Masonic »  plot . Tedeschi reportedly thought that : Marco Simeon (33 years old, foreign relations account manager and deputy to the relationship with the institutions of the Italian state television, Rai, and ad interim director of Rai Vaticano,which covers the Holy See) and the lawyer Michele Briamonte (from the office of Franzo Grande Stevens) were part of this plot. Within the Gotti Tedeschi’s sight was also Jeffrey Lena, the Holy See lawyer in the United States who recently has come to live in Rome to work on the reform of Vatican law n. 127 against money laundering, and who is now working along with Vatican officials to prepare the documentation for the July 4thplenary assembly of MONEYVAL – the body of the Council of Europe that evaluates the adherence to the anti-money laundering norms of Council of Europe State members. MONEYVAL advisors will present their report about Holy See compliance to the plenary assembly.  There had been 3 meetings between MONEYVAL advisors and the Holy See – two on site visits of MONEYVAL advisors to the Vatican and a meeting in Strasbourg. All the work of the Holy See’s« financial branch » are in preparation for the 4th of July meeting.

The efforts of the Holy See for financial transparency

The fact that the Holy See changed law n.127 just one year after its promulgation in order to make it adhere to international standards shows the Holy See’s specific and long term commitment to transparency. Yet, the reform had been particularly resisted by the «architects »  of the «old » law n. 127. Among these architects, Card. Attilio Nicora, president of the Authority of Financial Information, defined the new law as «a step back » . Ettore Gotti Tedeschi was also among the critics. He did not formally take part in the drafting of the old law. But he recommended  Marcello Condemi and Francesco De Pasquale as advisors, who were later appointed member and president, respectively, of the Authority for Financial Information.  They came from the Bank of Italy ranks and .defended wholeheartedly the law.

The old law n. 127 would «justify » Gotti Tedeschi’s decision – questionable, according to several observers – to declare before Italian magistrates about 23 million transferred by the IOR in 2010, although the magistrates did not make a proper international request. Gotti Tedeschi also convinced Paolo Cipriani, general manager of the I.O.R., to go and speak to the Italian magistrates. Cipriani was in favor of Holy See transparency, and at the same time he wanted to protect Holy See sovereignty. With the Guardia di Finanza (the Italian financial police) Cipriani holds informal relationships: anytime he is asked for information, he fulfill the request, except in the cases that would be detrimental to the sovereignty of the Holy See. The Guardia di Finanza once sent him a note to thank him for his quickness and precision in his answers.

A man rebuilding his image

During his two years and a half as president of the board of Superintendence, Ettore Gotti Tedeschi collected a lot of information, and some of it is being leaked to the press. The media polemicizes the ciphered accounts of the I.O.R. But this should not be shocking:  the I.O.R. is not a bank. It is a “Pontifical body”, whose funds are at the disposal of the Pope. It is something more similar to a Trust than to a bank. I.O.R. accounts have always been given ciphered codes, rather than names, even if the accountes are not secret, and the information on them is complete. The «transparency operation »  began under Angelo Caloia, president of the body of Surveillance of the I.O.R. before Gotti Tedeschi. Since 2002, Caloia adopted the KYC policy, i.e. Know Your Customer. Each customer of the Institute was carefully analyzed. Obviously, since it is not a bank, I.O.R. cannot transfer money by itself. So it opens several bank accounts – especially in Deutsche Bank -  and there the money is transferred, and all the money movements can be traced. Since  the promulgation of the Vatican anti-money laundering law, each transfer must be justified and explained in a very precise manner, and that is why I.O.R. asks its customers to fill an appropriate form that some customers do not like. It is not even newswothy that in the I.O.R. there are the so called « lay » accounts, i.e. accounts that do not belong to cardinals or religious congregations, but to people outside of the Holy See. The opening of this kind of accounts is also covered in the anti-money laundering law. Paolo Cipriani – the I.O.R. general manager – said in an interview published on the Italian newspaper Il Corriere della Sera that there are no numbered accounts at the Vatican bank and the only Italians, apart from priests, monks and nuns, who banked with the IOR were lay employees or pensioners of the Holy See. Cipriani added that Gotti Tedeschi had been invited to inspect lists of accounts, but – Cipriani says – «he didn’t take things in hand. It was as if he were absent, even when he was present».

All of these (false) information is part of a strong press campaign. Gotti Tedeschi could not come to terms with receiving a no confidence vote by the board of I.O.R. and a press release that some observers defined « a declaration of war » . Several Italian media outlets proposed an external commission to evaluate how Ettore Gotti Tedeschi worked in the I.O.R. And his friends in finance and industry defended Ettore Gotti Tedeschi on the prominent Italian newspaper Il Corriere della Sera. After that, they tried to set up a sort of independent commission whose spokesperson would be Vito Gamberale, president of the Fund F2i, among whose members is Gotti Tedeschi.. Then, after the raid that brought to the seizure of his papers, and so also of the I.O.R. document, it seems that Gotti Tedeschi thought that he could trumpet his view through the Italian magistrate – the public prosecutor of Rome denied to have taken “Vatican” dossiers, but maybe the public prosecutor of Naples will do it; finally, it also seems that he may want to write a book, a Vatican best-seller that will forever save him from the accusation of being erratic.

Was there a war?

That the Knights of Columbus would like to take possession of the Holy See, getting rid of Opus Dei, is unsubstantiated. It was not only Carl A. Anderson statements and opinion that brought about the no confidence vote on Gotti Tedeschi. The four members of the board of Surveillance of the I.O.R., completely agree, and as the letters leaked to the Italian newspaper Il Fatto Quotidiano show.  Both Carl A. Anders and Rolando Schmitz – another member of the board – recommended the no confidence on Gotti Tedeschi. The letters were addressed to Cardinal Bertone, the “president” of the Commission of Cardinals that manages the I.O.R. Rolando Schmitz also wrote to Bertone that he would resign if an eventual no confidence vote of the board would not be confirmed by the commission of cardinals.

All of these rumors – coming out from circles very close to Gotti Tedeschi, and some say from Gotti Tedeschi himself – damage the reputation of the Holy See. This why the Holy See wanted to do away with the utter chatter with the Friday, 8th of June press release underlining its « surprise and concern»  for the «recent events »  involvingEttoreGotti Tedeschi. The Holy See also says that it trusts that «the prerogatives acknowledged to the Holy See by the international legal order are being adequately considered and respected »  by the Italian judicial authorities.

The Holy See statement is a message to the Italian magistrates that are canvassing and studying the Gotti Tedeschi memorandum of its days as president of the I.O.R. In fact, the Italian public prosecutor denied to have taken documents about the I.O.R.: those papers had been found, seized and then sealed. But the investigators obviously glanced them. And the Holy See reminds all that those are documents from a sovereign country, seized to an ex president of a « body of State ».

Even if Gotti Tedeschi does not enjoy a “functional” immunity as president of the I.O.R. since the no confidence vote, those papers are from the time when he was in charge, and they are not part of the enquiry on Finmeccanica. The Holy See press release goes beyond, setting the record straight about what has been written during these days. First of all, «the Holy See confirms his full trust in the people whoworkat theInstitute for Religious Works with commitment and professionality»; and it is « examining with the maximum care»  the possible damage infringed upon the rights of the Institute and of its bodies. So, there is the possibility of a legal action. And this possibility upholds the « transparency line »  wanted by Benedict XVI: there is nothing to hide, and so there is nothing to deny. There is simply a desire to do away with any falsity.

What the Holy See is doing

The raid of the house and the office of Ettore Gotti Tedeschi gave rise to the rumors about the motives of the no confidence vote. Even in this case, it was the same I.O.R. to speak in a fair and strong manner – even too candidly for some internal observers. The Holy See confirms once again that the « no confidence vote on Ettore Gotti Tedeschi by the Board of Superintendence was rooted on objective reasons, concerning the governance of the Institute, and not determined by a presumed opposition to transparency, which the Holy See and the I.O.R. itself particularly care for».

So much care that it reworked the law n. 127 anti money-laundering not even one year after its promulgation. Holy See is working to fulfill the European request and to adhere to the international standars. For what concern the new law, MONEYVAL advisors focused on the new role of the Authority of Financial Information, that it is still crucial on the anti money-laundering law of the Holy See, but that it is now placed in a larger institutional settings that includes the State Secretariat, the Vatican City State Administration and the Gendarme Corps. The “presence” of the Secretariat of State among the bodies involved in trasparency – it deals with internal and international policy – does not seem to be evaluated negatively by te MONEYVAL advisors.  For what concerns the “controlled” body, the I.O.R. seems to be evaluate for great part adherent to the international standards. This would contrast the accusation of Gotti Tedeschi. Who told that he had been «fired because of his work for transparency». And whose story is taking attention away from the Holy See work.

2 Responses to Too much talking about Gotti Tedeschi. While the Holy See is working to gain financial transparency