What will the next Pope be like? Pope Francis, a great Shepard. Will he be capable of governing? 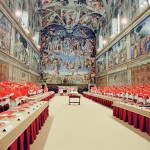 «The longer the congregations, the shorter the conclave will be,» Card. Sean O’Malley, Archbishop of Boston, stated at a media briefing on March 6. Now that the conclave has been set to begin tomorrow, March 12, and there have only been nine general congregations – while, in 2005, cardinals met 12 times – what should we expect? Will it be a long or a short conclave? Above all, what will the Holy Spirit inspire to the cardinals?
True, all the cardinals had a month to get ready. Benedict XVI announced his resignation from the Petrine Ministry on February 11, and the first moves were made at that time. It was then, when the Sede Vacante was nearing, that the Curial old establishment began maneuvering.
Angelo Sodano, for 13 years Secretary of State under John Paul II, is the Dean of the College of Cardinals, and is charged with managing the congregations. He will celebrate the Missa Pro Eligendo Romani Pontifice (Mass for the Election of the Roman Pontiff) in the morning of March 12. That mass is held in the morning, while in the afternoon the first polls in the Sistine Chapel will take place. For the event, Sodano is expected to sketch in his homily the challenges that the future Pope will face.
The homily in the Missa Pro Eligendo is considered of great importance. Perhaps, on the other hand, the meditation that Card. Prosper Grech will present in the Sistine Chapel will be even more important to the cardinals. Maltese, 87 years old, Grech will come in to the Sistine Chapel and – after the extra omnes – will address the electing cardinals: their vote will also be influenced by how Grech stirs their consciences.
Benedict XVI created Grech cardinal just a year ago. An Augustinian monk (Saint Augustine’s spirituality is most beloved by the Pope Emeritus) Grech was a trusted and highly regarded consultant at the Congregation for the Doctrine of the Faith when Joseph Ratzinger was its prefect. This is why one should expect that his words will clearly draw upon Ratzinger’s legacy. So, it is possible that the new pontificate will be born with two marching orders: continuity and prophecy.
Angelo Sodano and his circle would rather not have the new pontificate be built on continutity with Benedict XVI.  Sodano and his circle were on the sidelines under Benedict XVI, but insisted on trying to exercise power and influence. Sodano, as Dean of the College of Cardinals, acted like a prince, so much that sometimes heads of state who came to visit the Pope, after a meeting with the Secretary of State, sought meetings with Sodano.
Having spent more than 30 years in diplomacy, Sodano has developed a vast network that is very difficult to rein in.  Many have to be grateful to him: he hired a good part of the Vatican staff, many Vatican diplomats rise under his wing, and many have been his prot’eg’es.
From this network came most of the attacks against Benedict XVI.
The Pope, slowly but inexorably, changed the face of the Curia. In eight years, he created 67 new voting cardinals, and their «weight» and impact will be determining in the upcoming election at the Sistine Chapel.
The old establishment cardinals tried to counterbalance this weight by pulling some strings. After the resignation, they approached their contacts again and they re-opened their channels with the media. They pushed for a prompt conclave, and for a tight and pre-set schedule of events.
There were to be no open-ended interventions at the pre-conclave general discussions. Sodano wanted the Vatican dicasteries to prepare statements, to be read during the General Congregations. And he also hoped that just a few congregations would take place. He was not alone. An Italian press agency reported an anonymous source who predicted the Mass for the Beginning of a the Pontificate for Sunday, March 10th.
The new order cardinals were strong, however, in breaking lose from tight schedules and dismissing the distractions of considering lists of candidates circulated only for the purpose of undermining these very same candidates.
New cardinals wanted to restart from zero, and were able to have two afternoons were they could speak freely.
At that moment, the old establishment cardinals discovered they had lost ground, and that eventually they could lose out.  So, leaks become part of their game: the press published entire papers of what the cardinals said in general congregations; disclosed and misleading information about the IOR (the Religious Works Institute) at the time its new president was going to assume charge; and pressed for Curia reform to counter alleged corruption.
The “new” cardinals were able to win one, then another round. Perhaps Benedict XVI had foreseen that this could happen, and for this very reason decided to resign: his resignation would serve to start a process that would further deprive old establishment cardinals of power and influence.
Setting March 12 as the date for the start of the conclave, a conclave divided as never before, was a compromise between those who wanted a conclave promptly and those who wanted to wait longer.
Cardinals are now so divided that each cardinal has the same odds of becoming pope: there is no favorite in this race. Even if many know who they will vote for before entering the Sistine Chapel, surprises can always pop up.
We do not know if the conclave will be short or long. Expectations are that it will not be a very long one. But no one really knows who the next Pope will be.
This blog wants to make its own forecast: the next Pope will come from Europe and will take the name Adrian VII.
Stay tuned.
Tagged with: AngeloSodano • College of Cardinals • Conclave • General Congregations of cardinals • Giovan Battista Re • Institute for Religious Works • Missa Pro Eligendo Romani Pontifice • O'Malley • pre-conclave meetings • Prosper Grech • Roman Curia • Sistine Chapel