World imbalances: the challenge of the Church 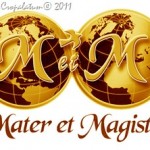 «G20 can be considered a club of friends. On the other hand, Holy See proposes a new world authority, in order to consider all the countries, the developing ones as well as the developed ones». Mons. Mario Toso, secretary of the Pontifical Council for Justice and Peace, underlines the doubts the Holy See expresses toward G20 and the international congresses of that kind. Holy See has always committed itself in a multilateral diplomacy. The aim is to give voice to the poorest countries which are often excluded from the international concert.

Catholic Church was the first that spoke about world imbalances, fifty years ago, in the John  XXIII’s encyclical Mater et Magistra. The Pontifical Council for Justice and Peace celebrated the anniversary of this encyclical with an international congress. In the last fifty years, many things changed, but the request of Catholic Church. Which are the imbalances of today? Toso replies: «The imbalances between economics and politics, so the States sovereignty is not adequate to bear on the new financial international context». And then, «the imbalances between the up-to-bottom management of power and involvement of the whole population; the imbalances between social welfare policies and citizens. Beyond the demagogical matters, there is the lack of health care and guaranteed minimum pension for a large part of the world population». Still, there are the imbalances between «natural and energetic resources and the institutions that manage those resources – and that often penalize the poorest countries; between the respect for life since life is conceived and the global development; between the promotion of the right to religious freedom and the integral human development; between claimed and exaggerated rights and forgotten dues». And – finally – «the imbalance of the relationships between ecology and moral behaviour of the society and the imbalance between the thought and the gravity of social and cultural problems». This latter has been one of the key issues of Benedict XVI’s Pontificate, and that is why Ratzinger was nicknamed as ‘the Green Pope’. Mario Toso explains: «Nowadays, global justice is applied to ecology, as well. Human and environmental damages can be so serious that no insurance should balance them out. Some peculiar case – as, for example, the supply of arsenic water or nuclear escapes in Fukushima – brought so serious damages and so irreparable that there is no compensation would adequately payback».

Caritas in Veritate asked for a reform of United Nations and a true world political authority «to manage the global economy; to revive economies hit by the crisis; to avoid any deterioration of the present crisis and the greater imbalances that would result; to bring about integral and timely disarmament, food security and peace; to guarantee the protection of the environment and to regulate migration». Holy See worries are toward the poorest countries, annihilated from the First world economy.  «When I was involved on the HIPC campaign – cardinal Oscar Andrés Rodrigues Maradiaga tells – and I took part to international summits, I always asked why, among all the Nobel prizes for Economics, there was no economist able to outline a more equitable development model. Nobody answered. But once, during a coffee break, one of the delegates told me not to ask for it anymore, since nobody had the will to change that model». Yet – Maradiaga affirms – «people know that they will suffer when the International Monetary Fund intervenes in their country. People know the Imf will ask for economic adjustments: Vat and electricity bills will be increased, services will cost more, in order to adequate the economic system to First World standards. It is not right».

The integral human development can be reached through demographic development, as Caritas in Veritate explains. This issue is in strong contrast to neo-malthusian theories of the birth-control to sustain the economic development of a country. «Malthus – Mr. Antonio Fazio, former governor of Bak of Italy, explains – was obsessed from the demographic development of England. He feared that there would be no more space in the country and that demographic development could not be economically sustainable. No one remembers that Malthus was an Anglican pastor. He never thought about abortion. He recommended the abstinence from sex and the reduction of marriages to face the demographic emergency». The ones who brought on Malthus theories, on the other hand, are supporters of the birth-control and abortion. Life in change of a good economic development. On the other hand, there is another idea, maybe even more dangerous: have sons to distribute the national debt to the more people possible. Sons as a way to sustain the economy, and not as a purpose of the full development of human being. It is the opposite of Catholic beliefs.

The sons, the family, are the basis of society. This is subsidiarity, which begins from the small communities and ends to the larger one, from family to State and now to international concert. This kind of process gives birth to many good practices, and Pontifical Council for Justice and Peace give some example of them at the International Congress about Mater et Magistra. Social Doctrine of the Catholic Church Study centers rise up in very difficult conditions, just see the job brought on from the Institut des Artisans de Justice et de la Paix in Benin and the Jesuit Center for Theological Reflection in Zambia. While in Mexico anticlericalism lives a sort of revival, the  Imdosoc (Istituto Mexicano de Doctrina Social Cristiana) create networks, train up social entrepeneurs, teach the Social Doctrine, a “well kept secret” in Latin America, according to card. Maradiaga words. In Brazil, a popular initiative implemented by the Episcopal Conference brought to a national law for the eligibility of candidates, the Ficha Limpa.

Is it enough? The “diplomatic way” of Catholic Church has a larger point of view, and is in favor of a reform of United Nations. «Justice – mons. Toso says – must be founded on the acknowledge of the universal human good. Social conscience must be carried out in the market economy. A world governance based cooperation among nation is needed. It must be a true ‘world authority’, able to take superpartes decisions. A new economic, political and financial architecture is needed». Above all, the primacy of policy on the economy is needed to come back. What is now missing is a “catholic laity” able to undertake Christian values. There must be politicians Christianly trained up, able to understand the challenge of the Social Doctrine. In the front of world imbalances, this Christian laity must be able to give a concrete contributions to make everything more equal. It is now time that Social Doctrine of the Church is brought into action. Even if – monsignor Toso remarks – «politicians should be more exemplar in morality», and even more prepared. «There are prepared people –Toso says – but unfortunately the less prepared people prevail».