Will the prayer save the spirit of Assisi? Libya, what future for Christian community?

Egypt, toward a new Exodus? 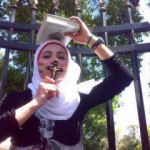 Since March 2011, nearly 100,000 Christians have emigrated from Egypt. If the emigration of Christians continues at the present rate, it could reach 250,00 by the end of 2011. The data were delivered from the Egyptian Union of Human Rights Organization (EHRO), and it takes the most recent picture of what is going on in Egypt. One year after the claim of the Pope during his annual speech to the ambassadors accredited to the Holy See, a few months after the Arab Spring and the revolution of Tahrir Square, Christian situation in Egypt does not seem to have changed that much.

Egyptian situation is an example of how the religions can be used by political power. There are no religious conflicts at all, but religious belonging is used and pushed to create a social split. After the clash between soldiers and Christians that killed 26 people (a clash that came after an escalation of violence against Christian: recent attacks included the killing of Coptic youths in Moqattam and Embaba, the cutting-off the ear of a Copt, attacks on the Churches as well as preventing the governor of Qena from occupying his post because he is Christian), very few people is doubtful about the fact that – as Joannes Zakaria, Coptic Catholic Bishop of Luxur, put it - «attacks against Christians in Egypt are being incited by groups of Mubarak followers or Islamic extremist from Saudi Arabia. It is more a political matter than religious».

They had been defined «sectarian fights», but they would be fomented by the Supreme Military Council. The high military hierarchies are in some ways playing with the delicate relationship between Copt and Muslims. The appeal issued by Benedict XVI a few days after the violence that took place in Cairo was also aimed to underline this situation. The Pope said he was united in sorrow with the families of the victims and with the Egyptian people, who he said, were being torn apart by attempts to undermine the peaceful co-existence between communities in the country. Pope Benedict underlined the importance of preserving that co-existence, especially he said, at this time of transition and he urged the faithful to pray , so that Egypt can enjoy a true peace based on justice, respect for freedom and the dignity of every citizen.

One of the 26 shot dead during the clash between Christians and soldiers was a young Copt Christian. He was in Tahrir Square, as many other young people. Nobody was conscious he was Christian. Because there was no religious color in the pacific Egyptian revolution.

But now the pressures to the Supreme Military Council to withdraw the power and leave it to a civil and elected government came not just from the people of Tahrir Square, but also from the new social movements and political parties that had been generated by the revolution. The passage to a civil government has been requested by all the candidates to the presidency of Egypt and by all the parties – included the Muslim Brothers’ one. The request came out together with the request to change the electoral law, decided in a top-down way from the Military Council. Just a few days ago, the Scaf – the government of transition – decided to modify the art. 5 of the electoral law, thus yielding to the pressures. About 48 hours after the decision, Cairo was theater of violence. Journalist and witnesses speak about the repression of the Army, accused to run down the demonstrator with the vehicles and to have shot true bullets, and not just tear gas. Why this disproportionately high reaction?

Religions play an important role on the balance of the region. After the soldiers attack against Christians, a dangerous threshold has been passed. And it has been passed through the use of salafists – linked to radical Islam –  to let the authority that manage the security of the Countries – as the Army and the old State Security – renewed in the name, not in the men – to push on stability and safety of the country. The strategy has not changed after the Arab Spring. At the beginning of 2011, in Alexandria of Egypt, an attack had been moved toward a Coptic Church. After the revolution, it had been discovered that the attack had been directly inspired by the powerful Habib el Adly, Minister of the Intern of Mubarak government now imprisoned in Tora and accused of the killing of about a thousand people in Tahrir Square and in all the Egypt during the Thawra.

The strategy had always been the same in Egypt, where the Coptic Community have faced increasing marginalization after the 1952 coup d’état led by Gamal Abdel Nasser. Until recently, Christians were required to obtain presidential approval for even minor repairs in churches. Although the law was eased in 2005 by handing down the authority of approval to the governors, Copts continue to face many obstacles and restrictions in building new churches. These restrictions do not apply for building mosques.

The Coptic community has been targeted by hate crimes and physical assaults. The most significant was the 2000–01 El Kosheh attacks, in which Muslims and Christians were involved in bloody inter-religious clashes following a dispute between a Muslim and a Christian. International Christian Concern reported that in February 2001, Muslims burned a new Egyptian church and the homes of 35 Christians, and that in April 2001 a 14-year-old Egyptian Christian girl was kidnapped because her parents were believed to be harboring a person who had converted from Islam to Christianity.

In 2006, one person who was claimed to be both drunk and mad, attacked three churches in Alexandria, left one dead and from 5 to 16 injured, although the attacker was not linked to any organization. In May 2010, The Wall Street Journal reported increasing «waves of mob assaults» by Muslims against Copts, forcing many Christians to flee their homes. Despite frantic calls for help, the police typically arrived after the violence was over. The police also coerced the Copts to accept “reconciliation” with their attackers to avoid prosecuting them, with no Muslims convicted for any of the attacks. In Marsa Matrouh, a mob of 3,000 Muslims attacked the city’s Coptic population, with 400 Copts having to barricade themselves in their church while the mob destroyed 18 homes, 23 shops and 16 cars.

These are number that are the nitid picture of what the Pope wrote in the last message for the World Day of Peace. The Pope singled out Christians as the religious group that suffers from the most persecution on Thursday, denouncing lack of freedom of worship as an «intolerable» threat to world security. The message reflected a pressing concern by Benedict in recent months for the plight of Christian minorities in parts of the world, especially in the Middle East.

But the decrease of Christian population is a matter of fact for the whole Middle East, as pointed out in the recent Synod dedicated to the Middle East.

The scenario outlined in Egypt risks to be the most authoritative forecast of what will be the situation of the Middle East. Everything is truly complex, and deals with religions, policy and the regional balance. What is going on is really well pictured out by the story of Hani Bushra, that explains the use of the mob from who wants to assure order and stability. Here’s an extract of his story:

«We reached the officer (rank of general), and the first thing that I did was to show him my U.S. passport and told him that I am now under his protection. I told him that I was attacked because I was a Christian. One of the men who is a policeman but wearing civilian clothing began to talk to the general that I was a Christian and that I institigated the mob to attack me and that I am carrying weapons in my bag. The officer, who had seen my passport, told him to shut up. This policeman in the civilian clothing seemed to be the coordinator between the mob and the police. The general pushed me back behind the cordon of CSF soldiers, but I wanted to get my phone back, and so I went out again. The person who had stolen my phone was right there, and I told the general that I wanted my phone back. As I was talking to the general, a group of policemen were around me, one of them was behind me poking my butthole with his stick. I turned around and said that if you want to fuck me in the ass, you should be man enough to fuck me in public. At that point the policeman in civilian clothing who had earlier clashed with me called me a liar, and the general once again told him to shut up. I was assigned a young officer to protect me. My phone was gone, and they wanted to protect me until it was safe. I met two young officers, a first and second lieutenants, who were very respectful and were concerned for me. I told them that I hope that when they grew in their rank, they would always remain this professional. They were so nice that one of them let me use his phone so that I can call Happy and tell him that I was okay».