Pope Francis: will he be a reformer? Vatican finances, the IOR will publish its balance sheet 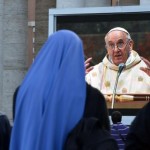 Many thought that under Pope Francis things would radically change, not only from a public relations point of view. Few agreed with Benedict XVI’s effort for unity, which included trying to convince the traditionalist Lefevbrists to rejoin the Church, or with the importance that Benedict gave to Christian Doctrine. Such a great importance, that talks with the Lefevbrists broke down when they refused to accept the doctrinal preamble drafted by the Congregation for the Doctrine of the Faith.

A preamble which underlined minimum requirements to come back to the Church, like accepting Papal authority and the Second Vatican Council. Such a great importance, furthermore, that the Congregation pulled the breaks on the nuns of the Leadership Conference of Women Religious (LCWR) when their doctrinal positions appeared to go «beyond the Church» and «beyond Jesus. » The rebellious nuns do not accept that Holy Mass should only be celebrated by a male priest, and – according to the Doctrinal Assessment of the Congregation for the Doctrine of the Faith – their agenda «is silent on the right to life from conception to natural death, a question that is part of the lively public debate about abortion and euthanasia in the United States», and also «issues of crucial  importance to the life of Church and society, such as the Church’s Biblical view of family life and human sexuality, are not part of the LCWR agenda in a way that promotes Church  Teaching».  Rebellious nuns have also been accused to have explicitly supported the Obama health reform system, which was strongly opposed by the U.S. Conference of Bishops.

The Vatican’s chastising of the LCWR triggered a polarizing debate in the Unite States.  Later, the debate died off, following Benedict XVI’s «resignation».  The nuns decided to stand down and wait. When Bergoglio became the new Pope, they probably gathered that they had a bright future moving forward. Things – they thought – would surely change with Pope Francis. They expected to have the chance to speak with the new Pope, since they would be taking part in the conference of the Union of Female General Superiors in Rome in May.

Many others, besides the LCWR, thought about change. Pope Francis came from South America, promised more collegiality in the Church’s governance and gave a voice to the outer realms of the Church, especially those that had always felt sidelined by Roman centralism. Joao Braz de Aviz, prefect of the Congregation for the Institutes of Consecrated Life, shared this expectation for change. Considered papabile, Braz’s candidacy was «burned» by the leaking of remarks he offered in the pre-conclave meetings, seemingly endorsing the possibility that the IOR – the Vatican financial institute – be abolished.

Braz de Aviz delivered a speech to the nuns’ assembly that gathered in Rome last week. In front of them – LCWR representatives included – he did not hide his disappointment: the Congregation for the Doctrine of the Faith document on the LCWR was issued without consulting the Congregation he leads, Braz de Aviz complained.

In fact, more coordination among Roma Curia bodies was one of the core themes of the pre-conclave meetings. Braz de Aviz – whom the Pope did not choose as one of the members of the «cardinals’ advisory board» to help him govern the Church and reform the Curia – insisted once more on this call for more coordination. A new debate flourished.

This debate was revamped by the LCWR nuns resuming its vocal activism. During this same meeting, Sister Florence Deacon, leader of the rebellious nuns, delivered remarks. In 20 minutes, Sister Deacon attacked the Pontiff, complaining that nothing had changed with the Argentinian Jesuit. «We just wonder –Deacon said – how much the Pope knows about us. I doubt that he followed closely our case when he was in Argentina.» That was like saying that Francis did not study their case in depth, and simply allowed the Congregation’s procedure on the LCWR, which started under Benedict XVI, to continue.

In fact, after a meeting between the Pope and Ludwig Mueller, prefect of the Congregation for the Doctrine of the Faith, Pope Francis backed Ratzinger’s line, and a press release was issued to announce it officially.

What about the «quarrel» between Braz de Aviz and Mueller? The two prefects met most recently on May 7, signing a sort of armistice. In a press communiqué, they reaffirmed their common commitment for the renewal of the religious life, programs for its reform, and the doctrinal evaluation of the LCWR, «in according with the wishes of the  Holy Father.»

The Pope himself made clear what his wishes are, speaking to the assembly of nuns in Rome on Wednesday, May 8.

On that occasion, Pope Francis underlined that «the relation authority-obedience» is to be inserted in the wider context of the mystery of the Church. Poverty, chastity, service, ecclesiality – according to the Pope – provide a «sense» of belonging to the Church, which finds expression in the fidelity to the magisterium and in the communion with her shepherds and with the Pope. «It is not possible – the Pope said – for a consecrated person not share in this feeling of the Church.»

If much has changed for what concerns the image on the Church, the same is not true with regards to her substance. The expectations of those who wished a doctrinal revolution are left unmet.