I.O.R., is something going to change? Christianity, is there a future after secularization? 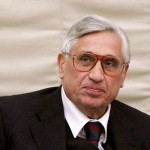 A persecutory judgment. That is how many people, inside and out the Vatican, considered the sentence to 4 years’ imprisonment and to 1.5 million euro fine to Antonio Fazio, former governor of the Bank of Italy. Fazio was compelled to resign in 2005, because of the alleged role of the Bank of Italy in Antonveneta takeover bid. Antonio Fazio – critics underline – behaved as a decision maker, and this gave birth to several complaints. In the name of reason of State, Antonio Fazio was left alone even from the Catholic world, even if he was a “bastion” of that world: Dino Boffo – then director of Avvenire, the news daily of Italian Episcopal Conference – asked for his resignation in an endorsement. His friends left him isolated. All of them, nowadays, regret what they did. Setting Fazio aside was the loss of the vision of a finance fairly rooted in Catholicism, and at the same time open to differently-oriented visions (e.g., the Unipol case). This vision can be in contrast with the vision of so-called lay finance – i.e. of Masonic kind. Fazio’s resignation was the consequence of the attack to that vision. At that time, very few were aware of this. Nowadays, everybody is very worried about it

The last year Ettore Bernabei – one of the major exponents of the world in State bodies, since he has been president of the Rai (the Italian national television) – interpreted the pedophilia scandal as the last attack moved from masonry to Catholicism in Italy. Catholics, he explained, were heading Italy’s economic boom during the Sixties. Catholic ideas were the “engine” of this economic boom. Bernabei – by explaining to «pour Cognac down to children» – outlined a sort of war scenario between Masonry and Catholicism, between lay and Catholic finance (but some call it «Finanza Bianca», white finance). The winner of this war seemed to be the exponents of lay finance. Ettore Gotti Tedeschi – a banker who proclaims himself as a true Catholic and at the same time is a follower of laissez-faire theories – is now the president of the I.O.R., even if one could notice that recently Benedict XVI instituted the Authority for Financial Information to control several Vatican and Holy See bodies, included the I.O.R.; Giulio Tremonti is the Italian Minister of Economy: he was one of the engineers of Otto per mille and he devotes himself to appear faithful of the Church. In the past, he theorized the need of a tax cut, then he wrote a book (La paura e la speranza) to underline – on the contrary – that the person comes before the numbers. Among the great bankers, the last exponent left of the so-called “Finanza Bianca” is Giovanni Bazoli, president of Intesa San Paolo and friend of Romano Prodi, former Italian Prime Minister: Prodi brought Italy into “euro area” and then criticized Fazio for doubting the economic keeping of Italy. While Cesare Geronzi – who had been for years at the top of Bank of Rome and of the Unicredit Bank, with good Vatican relationships reinforced even by sponsoring the World Youth Day in Cologne in 2005 – is now out of the games. Geronzi was one of the first to abandon Antonio Fazio when the former governor was put under investigation. Today, Fazio’s thesis about preservation of the Italian bank system are shared by the people who succeeded him. It is too late.

The reinforcement of Italian banking system was one of the key points of the Fazio’s economic job. He felt the risk that the possible indiscriminate takeover of Italian banks by big international banks would eventually let fall the “architecture” of Italian economy, made up by the little credit institution promoted by don Luigi Sturzo. The system gave birth to several credit institutions: Banche Popolari (Popular banks), Casse di risparmio (mutual savings banks) and Casse Rurali. All of these institutions were attentive to the small companies and anchored to the real economy.

Let’s make some step behind, and see what the financial scenario was before the Fazio’s case. During the spring of 1999, two Public Exchange Offers are launched: the first one is launched by Unicredit Bank to Banca Commerciale Italiana, the second one is launched by San Paolo Imi toward the Bank of Rome. The Bank of Italy do not reject the offers. But nor Unicredit, nor Intesa San Paolo preventively informed Bank of Italy of the offer. According to the regulations – estabilished by the then governor Antonio Fazio together with the Cicr (the government interministerial committee for credit and savings) and become part of the regulations – if one want to control the majority stake of one bank has to inform bank of Italy at least seven days before the board of administration of the bank would eventually meet and launch the offer. Since none of the two banks has followed this rule, the Public Exchange Offers failed. «Fazio uses the supervision as an instrument of power», critics complain.

Then, the Cirio and Parmalat cases are brought to light. Since the manager involved in the cracks are Catholics, a scenario of “Catholic managers” helped and sustained by “Catholic bankers” is easily outlined. Even bank of Italy has to weather the storm, since it is accused that its vigilance failed. The trials will eventually absolve all the banks involved, proving that Bank of Italy correctly carried out its job. But, in the midst of the trials, many newspapers trace back the network of friendships of Calisto Tanzi, the head of Parmalat, and underline that he is very close to Opus Dei and to the circles of Finanza Bianca. Yet, just a few remember that Ettore Gotti Tedeschi was briefly part of the Parmalat Trial: he was who that enlisted Parmalat in the stock exchange, and he seated in the Parmalat board for about one year.

In 2005, Consob – the authority that controls Italian stock exchanges – denounces a hidden pact between the Italian raider of Banca Antonveneta. Both Banca Popolare di Lodi (Bpl) and the Dutch Bank Abn Amro are trying to take the Italian Bank over. Officially, Bpl owns the 30 per cent of the sharings of Banca Antonveneta, but – thanks to hidden friends who bought shares on behalf of Bpl – the bank is effectively controlling the 40 per cent of the sharings. Consob suspects that Fiorani eluded the law on the Public Purchase Offer. According to this law, one who gets to control more than 30 per cent of the sharing of a bank must launch a Public Purchase Offer. Bank of Italy inspectors make an investigation on Banca Popolare di Lodi and their report is extremely negative. They send the report to Claudio Clemente, head of the Oversight Services on Credit Institutions of Bank of Italy, and to Giovanni Castaldi. Clemente and Castaldi give a negative opinion on Banca Popolare di Lodi capability to launch a Public Purchase Offer on Antonveneta. Fazio nominates three expert coming from outside Bank of Italy, and they instead give a positive opinion.

The Public Purchase Offer can now be launched. The authorization to the Ppo is not signed by Francesco Frasca, head of Bank of Italy’s Vigiliance – substituted in the mean time as by internal regulations of Bank of Italy – but by Angelo De Mattia. Recently, De Mattia is again on the spot. He is considered by many a man of Geronzi, but he has been for years Fazio’s spokesman in Bank of Italy. Today, De Mattia is now a prominent commentator of economy. While Giulio Tremonti was preparing to hold his speech to the World Day of Savings by giving ethic lessons to I.O.R. account holders in the Vatican, De Mattia animated a debate on the future of the Foundations of Bank Origin. According to Amato-Carli law, the Foundations of bank origin are public holdings, able to manage the majority stake of a bank, but unable to make any banking activity. It is a subtle border. In 2001, Tremonti moved a sort of war to bank foundations, to bring them under a direct public control, in order to nominate the top of the boards and to manage the patrimony of the banks. Tremonti failed, but he did not fully lose the war. He just turned to less laissez-faire oriented position, in opposition to Antonio Fazio. And that’s ironic, since Fazio had always been cautious about free market and its consequences.

From those consequences, Fazio tried to defend the Italian bank system. It is true, he authorizes  to the Public Purchase offer launch by Giampiero Fiorani, head of Bpl. But he authorizes even the Ppos launched by Abn Amro toward Antonveneta and Bilbao Vizcaya toward Banca Nazionale del Lavoro (later, Bnp Paribas will take over to Vizcaya), even if these latter are considered hostile. He does not back Fiorani’s offer for personal interest. Fiorani, on the other hand, keeps Fazio unaware of the illicit part of his manoeuvrings. Fazio explains it when he is called to testify to the trial. On the other hand, Fiorani testifies that Fazio was aware of everything. This discrepancy of testifies would have brought to the Fazio’s condemnation.

Fazio is compelled to resign, and Abn Amro gets from Milan Public Prosecutor the shares of Bpl. But Abn Amro itself is then raided by other international banks and then dismembered. There is more: the Royal Bank of Scotland, a big international bank involved in the dismembering of Abn Amro, fails because of the toxic credits inherited from Abn Amro. The Dutch Bank is then acquired by Grupo Santander, whose board of Italy has among his members Ettore Gotti Tedeschi. In the end, Banca Antonveneta is purchased by Monte dei Paschi di Siena. The “white” (i.e. Christian oriented) fortress of Padua is at the end in the hands of a “red” (i.e. Commonist oriented) fortress. Is it a cross exchange between Masonic lobbies, from the Dutch Abn Amro to the Italian Monte de Paschi? It is even this. But it is just a superficial explanation of this operation. In a few weeks, Grupo Santander gained from Antonveneta 2.5 billion euro.

Antonveneta finally got back to Italy, while everybody now support the need of having Italian bank and institutions to preserve the banking system of Italy. In the midst of an unprecendeted economic crisis, given from an international financial turbulence, the Italian banking system kept his stability thanks to the action of Bank of Italy ruled by Antonio Fazio, and has not the need of Statal interventions (alike Greece). Paradoxically, Fazio was the only one to pay with an exemplar condemnation. Just notice that Francesco Frasca – former head of Bank of Italy oversight, who worked under Fazio’s guidelines – was fully absolved by the trial in Milan, while Fazio was sentenced to 4 year’ imprisonment. This virdict – just a first appearance one – is food for thoughts. Was just Fazio under attack, or was the vision of a catholic-oriented finance under attack?