Bite and devour. A story of false clericalism. Antonio Fazio’s case. Is Catholic finance under attack?

I.O.R., is something going to change? 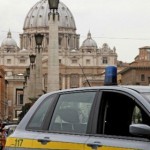 Vatican State is still not in the “white list” of the virtous states for money laundering legislation. After the Monetary Convention of 17 December 2009 between Vatican City State and the European Union, and the new Vatican legislation for the prevention and countering of illegal activities in the financial and monetary sectors, Holy See has still something to do to fulfill G.A.F.I. requests. The first moves, anyway, were useful to reach one goal: the Rome Public Prosecutor’s Office ordered the release of 23 million euros of the I.O.R. (Institute from Religious Work, the bank of the Vatican), frozen in September for suspected violation of the norms against money laundering.

On September 6, the I.O.R. ordered Credito Artigiano to make two money transfers from an account of the I.O.R. deposited with the Italian bank: one of 3 million to an account at Banca del Fucino in Rome, and another of 20 million to a JP Morgan account in Frankfurt. Both of the recipients were identified only by their IBAN codes. On September 15, the office of financial information at Bankitalia notified Roman authorities about a possible violation by the IOR of the norms against money laundering. On September 20, the court of Rome ordered the preventive seizure of the entire sum deposited in the account of the IOR, and issued two notices of investigation of the president and director general of the Vatican bank, for omission of procedures against money laundering. The money are frozen, the I.O.R. is in the storm.

One year before, in September 2009, Rome Public Prosecutor investigated on money transfer o fan I.O.R. account deposited with a branch of Unicredit Bank based in via della Conciliazione, close to Saint Peter Church. The investigation led nowhere, but it was a signal that the “bank of the Vatican”, had more difficulties than in the past to make money transfers.

In fact, the I.O.R. is not a “true” bank, and it deposits accounts with branches of several banks all over the world to make money transfers. There are some privileged relationships, e.g. the ones with the Jp Morgan Bank and Unicredit. Since the last investigation, Unicredit strengthen the regulation, and asked to specify in a fairer way from who and why the money are deposited or moved in the account and to clarify even the bank check movements. Is the proverbial Vatican bank privateness going to collapse?

Many worried about the possible collapse of the Vatican privateness when  Ettore Gotti Tedeschi, president of the I.O.R., together with Roberto Cipriani, general director of the bank, agreed to be questioned by the magistrates of Rome. Their deposition filled 91 pages of transcripts, portions of which were leaked to the press.

It was a level of cooperation unprecedented in the history of the Vatican bank. In 1993, when he was called for questioning by the magistrature of Milan, Angelo Caloia, at the time  president of the I.O.R. , got the magistrates to submit a request internationally, with the request forwarded through diplomatic channels to the Holy See as a foreign state.  At that point, the I.O.R, responded with a written deposition, also forwarded through diplomatic channels. It delivered the proof of malfeasance – concerning Enimont “payoffs” of about 45 million euros – and received general approval in the press for having cooperated with the legal system. But his spontaneous deposition, Gotti Tedeschi did not succeed his goal, since the magistrates did not deem satisfactory the clarifications given, and responded “no” to the request to release the confiscated 23 million euros.

The goal had been reached with the the law no. 127 of the Vatican State, that adopts four new laws in implementation of the monetary convention – among the ones the Law concerning the prevention and countering of money laundering and of the financing of terrorism – and that regulates the competences of the Authority for Financial Information.

The president of the Authority for Financial information is the Cardinal Attilio Nicora, who also remains president of the Administration of the Patrimony of the Apostolic See. Among the members of the board, there are Marcello Condemi and Giuseppe Dalla Torre. Condemi was the deus ex machina of the new Vatican legislation against money laundering, while Dalla Torre represents the “Vatican” branch inside the Authority, since he is also president of the Court of the Vatican State. The members of the board have the job to give an international warranty to the transparency of the Ior operation, by storing all the money transfer of the I.O.R. in an archive, in order to be able to control each money transfer operation in the bank. Right after the 23 million euro had been confiscated, the I.O.R. – whose accounts are attributed by codes, and not by names – asked his current account holder to fill a detailed schedule to bank more than 10,000 euros. This request has been formalized by the law no. 127. There are problems to apply this law, indeed. If a I.O.R. account holder  directs with an overnight bag to the Torrione Niccolò V – where the bank is based – the Vatican guards would eventually ask him if there is something to declare. But if this account holder declares that he is waited from a cardinal, and that he is bringing to him that overnight bag, no one would stop him at the customs house. Who can be sure that the cardinal who received the overnight bag goes afterward to the I.O.R. to bank the money?

These kind of problems has still not been solved. But the only presence of the law satisfied Italian magistrates, who revoked the seize of 23 million euros. The Holy See made an official statement, underlining its satisfaction, but Ettori Gotti Tedeschi did not. In fact, the new law his not part of the job of his administration, but it is a step a in process toward the I.O.R. transparency whose origins dates before Ettori Gotti Tedeschi presidency, and drove by the A.P.S.A.

Yet, in the past months, trying to un-seize the 23 million, Gotti Tedeschi spoke several times about the “23 million issue”, claiming that the Vatican bank glasnost began under his administration. And a “deep throat” told to Corriere della Sera, the main Italian news daily, that «in ten months, more has been done than in twenty years, there are decades of habits to be changed»: this statement has given flesh and bones to the black legend according to which the legal troubles of the current president of the IOR, Gotti Tedeschi, in office since September 23, 2009, can be attributed to the mismanagement of his predecessor Angelo Caloia, in office during the previous twenty years. Gotti Tedeschi insists that he never said or thought this, while Caloia has demanded that the Vatican secretariat of state make public reparation for the affront, or – at least – to have the opportunity to write an article for the Osservatore Romano.

On march, 12, 2011, Caloia would eventually ended the fouth five year-term as president of the Bank of the Vatican. It was replaced by Ettore Gotti Tedeschi in 2009, but he had already been victim of manoeuvres to be sostituted. In 1999, Hans Tietmeyer, former president of Deutsche Bank, was backed as new president of the I.O.R. from the “old guard” of Vatican Curia. At a conference given by Tietmeyer at the Pontifical Academy of Sciences, Caloia stood up to criticize his ultraliberal theses. The Holy See did agree with Angelo Caloia.

And Holy See still agrees, if one reads the Benedict XVI’s encyclical Caritas in Veritate. But, on the other hand, the new president of the I.O.R. is a staunch proponent of a capitalism inspired by Christianity. Gotti Tedeschi is so ultraliberal to have signed, in 2007, a manifesto in 13 points, spearheaded by the former secretary of the highly secularist radical party, Daniele Capezzone. The manifesto proposed a single 20 percent “flat tax,” presidential government according to the American or French model, tax credits for health care and education, the requirement that the public administrator pay for all damages incurred, the changing of the retirement age to 65, tax exemption for overtime work, the abolition of professional associations and of the legal status of study certificates. When the Caritas in Veritate sketches were ready, Gotti Tedeschi – who was still not president of the I.O.R. – were writing articles on the Osservatore Romano about the creation of “a new economic bubble” to save the economy, and about the need to found a good bank to finance the developing countries – this latter proposal backed from the then British Prime Minister Gordon Brown. Then, Gotti Tedeschi gave his contribution in writing Caritas in Veritate, and now he brings out in several conferences the parts of the encyclical he agrees with, which are the parts considered more in continuity with the John Paul II encyclical Centesimus Annus. Centesimus Annus has never been seriously accepted by the hierarchy or by Catholics as a whole. It has been judged as too friendly toward the capitalist system.  Gotti Tedeschi, on the other hand, considers Centesimus Annus so important to launch the proposal to candidate John Paul II to the Nobel Prize for Economy.

What is the position of the Church? It is sufficient reading a Joseph Ratzinger conference of 1985, when he wrote that «the well-known remark made by Theodore Roosevelt in 1912: “I believe that the assimilation of the Latin-American countries to the United States will be long and difficult as long as these countries remain Catholic.” Along the same lines, in a lecture in Rome in 1969, Rockefeller recommended replacing the Catholics there with other Christians  — an undertaking which, as is well known, is in full swing. In both these remarks, religion — here a Christian denomination — is presupposed as a socio-political, and hence as an economic-political factor, which is fundamental for the development of political structures and economic possibilities».

Ratzinger quoted these theories to criticize them, and this is still is position. Religion is part of integral human development, that  passes through economy, but – firstly – from the human integrity. A “good bank” would not be sufficient. And the I.O.R. does not become a good bank filled with ethics just by changing the legislation. I.O.R. is going to became a “true” international bank. But its privateness criteria will eventually be similar to the Switzerland ones.

One Response to I.O.R., is something going to change?