Holy See and China, toward a «creative solution» Game over for Ivory Coast? 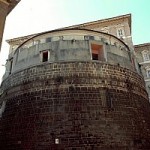 Porta San’t Anna, Vatican City. It’s the 1st of April and a non-Catholic patriatch is crossing the border between the Italian and the vatican States. He is known there, and familiar with the environment. He is carrying a suitcase. Just after passing the Vatican Gendarmerie, he turns left towards the Torrione Niccolò V, the site of Ior, the Institute for Religious Works, commonly and unexactly known as “the bank of the Vatican”. It’s there that the checks start. «I’m going to the Institute», he says; but for the first time he’s being asked who he is and what he’s doing.

As the patriarch was unaware, on that day Pope Benedict’s Motu Proprio had become effective. The Motu Proprio, which regulates Vatican finances, has become the law no. 127 of the Vatican State.It regulates the competences of the Authority for Financial Information, wanted by Pope Benedict to fight money laundering. From now on, nobody can enter the Torrione Niccolò V with more than 10,000 euros cash. If they do, they need to pass very strict checks, justifying the money transfer. All information will be stored in the archives of the Authority for Financial Information, which will also work to guarantee that all operations be conducted at their best and according to European regulations.

But the question of who controls the controllers was, since the start, a thorny issue. All members of the Authority are, in fact, ‘internal’. Their president is Card. Attilio Nicora, who is also head of the Apsa, the “central bank” of the Vatican. Moreover, Giuseppe Dalla Torre, president of the Vatican Court, and Marcello Condemi former appeals attorney for the Bank of Italy and former member of the Gafi (the Financial Action Task Force against money laundering) figure among the members of the board, while the director apppears to be Francesco Di Pasquale, current appeals attorney, and anti-money-laundering expert.

The authority had to be formed according to the agreement between the EU and the Holy See, which allowed the latter to adopt the Euro as a currency while binding it to agree to European norms regarding financial instruments and currency circulation. If the Holy See had not agreed in an year’s time, they would have not been allowed to issue currency or stamps. On December 30, 2010, the Authority for Financial Information was instituted with Pope Benedict’s Motu Proprio.

In this span of time, Ettore Gotti Tedeschi’s “black Tuesday” had taken place. On the 21st of September, in fact, the president of the IOR was being investigated from judicial authorities under suspicion of omitting anti-money-laundering procedures. This emerged in operations regarding one of the IOR funds in an Italian bank, for a total of 23m euros.

The IOR, in fact, is not a bank in the strict sense of the term. In order to operate financially, it needs other banks’ accounts. There are IOR accounts held, for example, in Deutsche Bank, Credito Artigiano or Unicredit branches. In 2009, an investigation had been launched starting from one of these accounts. However, the investigation led nowhere. Many thought that this transparency move was due to the investigation on Gotti Tedeschi, but that was not the case. Others noticed instead the IOR’s president’s choice to spontaneously testify in front of Italian judges with the general manager Roberto Cipriani. In the 91-page report -much of which is, predictably, kept secret- they explained the mechanisms of the Vatican Bank. But that did not satisfy the jury, and the 23 millions remained confiscated.

It is paradoxical that Gotti Tedeschi, the man designed to bring to a close the ‘transparency move’, had been investigated for money laundering. The IOR president is now the last representative of a so-called ‘finanza bianca’, a Catholic-inspired kind of finance. He can boast a sound educational track record, a powerful bank, and the ability to open his way through the Catholic world through his well-known laissez-faire and books such as ‘Denaro e Paradiso’ (Money and Heaven) , for some an enlightened book;  for some others, heresy.

However, Gotti Tedeschi is not the only heretic in the Vatican. As head of the IOR he is, in fact, a second choice. A quality second choice, of course. Backed by Mr. Gian Maria Vian, director of Osservatore Romano – the daily news of the Holy See – and therefore card. Tarcisio Bertone, Vatican Secretary of State (who would have backed as well Giovanni Bazoli, president of Gruppo Intesa San Paolo, the other big Italian bank), Gotti Tedeschi got the better of Giovanni De Censi, president of Credito Valtellinese, which also controls the Credito Artigiano. And it was Credito Artigiano the one involved in the 23m confiscation affair. It might have been a simple bank transfer, an operation that could be solved with a simple phone call between De Censi and Gotti Tedeschi. That phone call never happened, and De Censi has recently left the board of the Vatican Bank -officially for medical reasons. He was replaced by Antonio Maria Marocco, a solicitor from the Unicredit group.

In the meantime, the IOR money is still under confiscation, while the financial scenario around has changed. On the Financial Times, the news regarding the investigation on Gotti Tedeschi obscured the one regarding the Ceo Alessandro Profumo’s farewell to the former bank of Cesare Geronzi. After moving to the insurance company Generali, Geronzi was forced to resign confronted by the board’s lack of trust. A certain part of the Vatican world trembled in front of the ‘fall’ of one of their gods.

The other god is Mr. Tremonti. The Italian Minister of Economy has Ettore Gotti Tedeschi as financial advisor and paved his way in the Catholic world a long time ago. Mr. Tremonti‘s participation to a periodic Ior meeting with its account holders was meaningful.  Somebody claims it was him to lure behind Geronzi’s fall and he’s aiming at a ‘winner-takes-all’ situation as next prime minister and controller of Italian finances.

His ‘rival’ is Mario Draghi, the Bankitalia governor. He is the one who had been handed a draft of the Caritas in Veritate, Pope Benedict’s social encyclical. Draghi had (in the first months of 2010) a meeting in the Vatican Social Sciences Academy with Hans Tietmeyer (former president of the BundesBank), Ettore Gotti Tedeschi and the president of the Bank of Greece Lukas D. Papademos, in order to solve the Greek financial crisis. Some press even claims there was Draghi behind some advice during the make-up of the Authority of Financial Information.

The bond between Italy and the Vatican is therefore tighter than ever. This is not seen as favourable throughout the whole of the Holy See, and some would like to pursue a different line. Thus it happened that Gotti Tedeschi went to speak about the Caritas in Veritate to the Pontifical Council for the Laity, with spectators such as the vice-president of UniCredit Luigi Gilli and the president of the Banca Monte Paschi di Siena, Giuseppe Mussari -as well with other entrepreneurs, priests and intellectuals. They were all engaged in a discussion on the ethical basis of finance. The Osservatore Romano highlighted Gotti Tedeschi’s speech. However, nobody told of a small diplomatic accident between the Pontifical Council for the Laity and the Pontifical Council for Justice and Peace. The two councils are, in fact, based one a few yards from the other, and while it had been the latter to be involved in the edition of Pope benedict’s last social encyclical, only the former took part in the initiative.