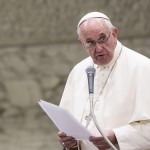 The book on the genesis of Humanae Vitae by professor Gilfredo Marengo will disappoint many who were hoping it would support the notion that the teaching of the late Paul VI’s encyclical had been overcome, or at least become more relative.

Professor Marengo, dubbed to the be head of a commission to reinterpret Humanae Vitae (it was in fact a study group) had to explain, documents in his hands, that never was the Catholic teaching questioned. And, above all, that a more far-reaching text on birth control was never on the table.

The difficulties, the preparatory work, the continuing dialogue, and also sometimes Paul VI’s disappointment with some of these exchanges, were mostly determined by the challenge to find a new model to present the doctrine. It was no longer the Church presenting what is wrong and what is not. It was rather the Church in a listening mode trying to guide and provide responses to men and women.

This was the great paradigm of the Second Vatican Council. For this reason, many theologians were full of enthusiasm, like a young Joseph Ratzinger. And Paul VI defended it, looking for new forms of expression without withdrawing any truth of faith and of the Church’s tradition.

Not by chance, Benedict XVI spoke about a real Council and a Council of the media. That is, a real Council, where every Council father tried to get a feel for the new winds blowing in the world, according to his own sensitivity and openness; and a Council of the media, that had transformed the Council in a sort of political discussion with the aim of looking for news, and thus generated the narrative of progressives and conservatives, right and left of the Church.

Reading professor Marengo’s book, you can find cardinals and theologians whose positions can be labeled as progressive. However, the majority were prudent in judgment and paid attention to ensuring that any new perspective would not unhinge the former magisterium, and to finding seeds of continuity. Above all, they wanted to give the highest priority to the good of the human person.

The “no” to the contraceptive pill is not just a doctrine and moral issue. It is also a world issue. The –valid– concern was that any opening to the use of contraception could open the way to the anti-birth lobbies that wanted to spread their practices in the Third World – and time proved how true this was.

Certainly, the publication of the book is food for further thoughts.

Allegedly having professor Marengo at the helm of what was considered a commission to reinterpret Humanae Vitae generated the expectation that there could be some doctrinal changes, even backed by Pope Francis in the offing. No account was made of the fact that Pope Francis himself, in one of his very first interviews, had said that he profoundly admired Paul VI’s courage in defending Humanae Vitae.

This kind of expectations have always accompanied the Pontificate. Already, when Pope Francis had just been elected, the possibility of a revolution in the Church arose. Even the idea of a Third Vatican Council came up, fed by some nuances and some attitudes of the new Pope that, in fact, proved to be a matter of personality, rather than a revolution.

Some of Pope Francis’ decisions insinuated that he intended to inaugurate a new phase in the history of the Church: from the new cardinals created on the basis of a general representativity of the whole world without considering any of the traditional Cardinalatial posts, to the change of protocol for Catholic heads of State divorced and remarried; or from the Synod on the family, intended to elevate pastoral response, to the Amoris Laetitia, that in the name of this pastoral response leaves open more issues than it closes. And many other things, from the external commissions of the beginning of the Pontificate, to the Council of Cardinals; and from the way to carry on reforms, to the decision to expand the number of Cardinals Bishops in what seems to be an attempt to close the era of romanity.

On the other hand, Pope Francis has also kept a traditional line of preaching: he spoke about the devil, he described the gender ideology as demonic, he supported traditional family, he often said that the Church is a Holy Hierarchical Mother. He took personal and authoritative decisions when he felt there was a need to do so, exercising as pope all of the prerogatives that, at the beginning and as described in the apostolic exhortation “Evangelii Gaudium”, it had seemed he wanted to set aside in favor of decentralization.

The expectations generated for this pontificate were certainly high. Already in 2014, the first year of Pontificate, the Jesuit Thomas J. Reese lamented on National Catholic Reporter: “Sorry, we expect more from this Papacy.”

The same expectations arose around Humanae Vitae. While Paul VI was studying a draft of the encyclical, a report stressing that 70 members of the study commission on the encyclical were in favor of the contraceptive pill came out simultaneously on Le Monde, National Catholic Reporter and The Tablet.

It was just one of the many reports, noted one of the members of that commission, professor Bernardo Colombo, to a journal.

However, this publication was at the basis of a narrative purporting that Paul VI made his Humanae Vitae decision in solitude, against a majority of more open-minded theologians. This narrative took root and sparked controversies within the ecclesial body, to the point that the teaching in the encyclical was described as non definitive or not infallible.

This problem was already known when the encyclical was published. So much so that a certain Karol Wojtyla, then Cardinal and Archbishop of Krakow, wrote to Paul VI to ask him to reaffirm the infallibility of the teaching in Humanae Vitae. Not by chance, in 1988, Pope John Paul II, in a note on L’Osservatore Romano, responded to many doubts and controversies generated around the encyclical.

Paul VI kept a dialoguing spirit, though he renounced to write any other encyclical in the remaining ten years of his pontificate.

The only difference is that, with Pope Francis, those pressuring thought they had found fertile ground. At least, Pope Francis’ pastoral approach recalled that already proposed after the Second Vatican Council. While discussing Humanae Vitae, Paul VI feared this approach, as in the name of more pastorality, many truths of faith had been relativized.

Benedict XVI made an even more penetrating analysis. In his letter to the Catholics of Ireland after the clergy sex abuse scandals, Benedict XVI underscored that one of the problems behind the lack of reaction to abuse came from a poorly understood pastorality that came up after the Second Vatican Council, that led to setting aside approaches of justice and based on Canon Law.

Pope Francis’ pontificate was so subjected to pressures that even a consistory like that of July 19, which was scheduled to decide on the date of canonization of Blessed Nunzio Sulprizio, was preceded by speculation, as if something more should be decided. Why, otherwise, had Pope Francis interrupted his vacations to chair this consistory?

The speculation proved baseless, as the consistory was just what it was intended to be. Likewise, expectations of those who are longing for more substantial changes have not been met. If there will be changes in Pope Francis’ pontificate, they will be mostly in the pastoral practice. There is no doubt that this pastoral practice might indirectly touch doctrine, as shown by the many discussions arose around the topic. It is likewise normal that the pastoral approach might be lived in full respect of doctrine.

Everything lies in the way this pastoral approach is interpreted. One might say there is a certain lack of clarity, and this is also a recurrent topic of the Pontificate. It is also noteworthy that Pope Francis, in the end, stayed within tradition to carry on his reforms.

It is true that real choices will come during this 5th year of pontificate. A question remains suspended, though: to what extent this Pontificate will meet the expectation of a change in the Church?

Even this pontificate, like the previous ones, bears the risk of a Humanae Vitae effect, that is, that of disillusioned expectations. Only time will give a balance judgment of the impact of this pontificate, beyond the emotional waves it generates, both from the left and from the right.