Pope Francis, what will the next pontificate be like? Does Pope Francis have a plan? And which plan?

Benedict XVI, his gaze towards the future 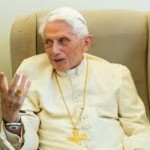 The anniversary of Benedict XVI’s historic resignation was overshadowed by accusations of not having handled well the cases of abuse in the archdiocese of Munich and Freising, of which he had been archbishop from 1977 to 1983. And so, Benedict XVI, after having already given an 82-page answer with the assistance of some lawyers, had his lawyers giving further clarifications, and – above all – wanted to write a personal letter to those clarifications.

In that letter, the whole thought of Benedict XVI is condensed. Benedict XVI, in that letter, behaved like a pope. He stated the veracity of his statements but did not seek excuses for the plague of abuses in the Church. On the contrary, he asked for forgiveness. He looked at the issue of abuses in the Church in a broader way, as he generally does.

Benedict XVI writes: “Let us pray to the living God publicly to forgive our fault, our great and very great fault. It is clear that the word ‘very large’ does not refer in the same way to every day, to every single day. But every day, he asks me if I shouldn’t talk about very great guilt, even today. And he consolingly tells me that no matter how great my guilt might be today, the Lord forgives me if I sincerely let myself be scrutinized by him and am willing to change myself. ”

These are the words of those who do not seek easy self-justification. But, above all, these are words with which Benedict XVI demonstrates the courage to assume all responsibilities, to be part of the community of the Church even by suffering for the sin of its members. We believe together, we suffer together, we redeem ourselves together, says Benedict XVI. In his words, the Church truly becomes a community of believers.

There is no personalism in Benedict XVI. Not that he was a Pope who didn’t make decisions. But all the decisions he made started first of all from prayer, from the analysis of God’s will. Nothing had to be separated from the Gospel. Nothing should make his personal thoughts to take precedence.

Nine years after his resignation, we realize that Benedict XVI’s thinking was genuinely revolutionary. In an era of personalism and individualism, Benedict XVI tried to teach that the Church does not exist thanks to individuals but thanks to Christ. When strong government seemed inevitable, Benedict XVI managed a pontificate during which he governed lightly, always looking first at people and then at choices.

Benedict XVI’s radicalism can be read precisely in his being a priest, first of all, and therefore a father. He is a free man because he is not a man of power. And it is through these lenses the renunciation of nine years ago must be read.

A renunciation that testifies that Benedict XVI is genuinely a new man. There is much talk of modernity and making the Church more modern, closer to popular sentiment. But the point is that the new man is already here and was born with Jesus Christ. Any secular thrust does not look forward but looks back to the old man. To a man, after all, who has not been liberated by Christ.

For this reason, Benedict XVI is genuinely the Pope of modernity. In the biography of Peter Seewald, Benedict XVI responds to those who said that the Pope had been led to give up because of Vatileaks or external pressure.

Benedict XVI explains that “the range of perception that a Pope can fear is very small,” and that “the real threat to the Church and therefore to the Petrine service does not lie in these things, but in the world dictatorship of apparently humanistic ideologies, where opposing them leads to exclusion from ultimate social consensus. ”

And he added: “A hundred years ago, someone would have thought it absurd to talk about same-sex marriage. Today those who oppose this are socially excommunicated. The same goes for abortion and the production of people in the laboratory. Modern society is about to formulate an anti-Christian creed, and if one opposes it, one is struck by ex-communication.”

Benedict XVI concluded: “The fear of this spiritual power of the Antichrist is therefore all too natural, and it takes the help of the universal Church’s prayer to resist.”

The challenges that Benedict XVI is thinking about are significant and profound and go beyond the views of the world. It is a very relevant thought. And so we return to the letter that accompanied his response to the abuse case in Munich: if it takes the prayer of the universal Church to resist, then we are all responsible for the sins of the other. It is a universal thought.

In a period of pressure to change the doctrine that also comes from the bishops themselves (think of the Synod of the Church of Germany), in which the coming of the Great Humanist foretold by Fulton Sheen seems concrete (think of the debates on the Church), this thinking, so free, so Christian, so advanced, is disruptive. So Benedict XVI becomes a target. But, in his response, he proved once again that he is a “father.” And he will be recognized, one day, among the fathers of the Church.

2 Responses to Benedict XVI, his gaze towards the future