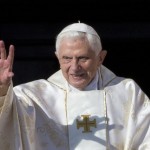 A Benedict XVI text has passed almost unnoticed, unlike the book he wrote with Cardinal Robert Sarah on priestly celibacy: it is the letter that the Pope emeritus wrote last November to celebrate the 50th anniversary of the establishment of the International Theological Commission.

Benedict XVI’s text is of great importance to understand today’s challenges and how Benedict XVI tried to face them.

Seven years after Benedict XVI renounced to the Pontificate, his views still provide the keys to understand the crisis of the Church of today. These keys are ignored, often in purpose, because Benedict XVI nails down the plight of a Catholicism in transition in a neo-pagan and secularized world.

What does Benedict XVI’s letter say? There are many interesting passages, and it is worth reading in its entirety. Benedict XVI builds a narrative as others built a Gothic Cathedral: everything is so well interconnected that it is difficult to summarize.

Benedict XVI dedicates a passage to the issues that the Commission studied in the beginning: first, the relation between the Magisterium and the Church, and later the theme of moral theology, which was prominent during those years with the debate and the media campaign against Paul VI’s Humanae Vitae.

Benedict XVI notes that “it is perhaps significant” that exegesis and dogmatic experts initiated the issue of moral theology.” The issue led to discussion on the Sacrament of Marriage.

Benedict XVI writes that “the contrasting angles and the lack of a common orientation, which we are now still enduring, became clear to me in a way I haven’t felt before.” Benedict XVI explains that the traditional view on marriage is rejected many times, though always reformulated in a new ways.

The discussion on moral theology led John Paul II to postpone the final issuance of the encyclical Veritatis Splendor until the publication of the Catechism of the Catholic Church.

Benedict XVI stresses that the Theological Commission must persevere in the addressing the problem and “carry forward the effort to find a consensus.”

Benedict XVI also notes, among the future topics, “the dialogue with the great religions of the world.”

These are current issues still under discussion. Benedict XVI notes that “despite all the efforts, the International Theological Commission could not reach a moral unity of theology and theologians all over the world.”

Benedict XVI admonishes that the research must continue, because “only humility can find the truth and the truth is in turn the foundation of love, on which everything ultimately depends.”

This last sentence is the key to reading into the situation of the Church today. The discussion at the International Theological Commission mirrored the debate that followed the Second Vatican Council.

In particular, the famous German theologian Karl Rahner based his research on the image of the human being as described by the human sciences. This way, theology turns into anthropology. The dogmatic and moral erosion of the Church starts from there. Rahner will ask Paul VI to retract the encyclical Humanae Vitae and criticized the First Vatican Council deliberations.

Benedict XVI’s message for the 50th anniversary of the International Theological Commission is not a celebratory one. It instead describes a dramatic and challenging path, with contrasting theological trends and, above all, the relativization of the truth.

Truth is the central theme of Pope Benedict. The so-called update of the Church led to an anonymous Christianity. However, issues like gender culture, celibacy, the end of life, and abortion must be based on universal certainties that are not built up, are not part of a debate. This truth is about the human being. Only faith can help you reach this fact.

Benedict XVI’s work must be read through these lenses. The last legacy of Ratzinger as Pope was the Year of Faith, which marked the definite necessity to get back to the origins. The Year for Priests represented one of the most influential moments of the pontificate: not by chance that year coincided with one of the most prominent Church’s crises, on sex abuse on minors by clergy. Benedict XVI’s books on Jesus of Nazareth rejected a historic-critical methodology that marginalized the faith.

Today, the challenges are always the same. Theologians seem to have quit the discussion on the truth, while the big topics of the 1970s came back. The Church does not seem to speak with one unambiguous voice on essential issues unless the Pope does so actively. The Pope does it, at least on issues like abortion – he has no fear to say that abortion is like hiring a killer. The real problem is that the Church cannot concretize this voice, is not able to form people who will live in the world according to their faith, to improve the world.

Today, the Church self perceives in sociological terms, instead of faith terms. This seems evident in the path of the just-started Synod of the Church in Germany. The discussion on the two Synods on the family was similar. The Panamazonian Synod is suspended between calls for a sociological change of perspective, to changes in doctrine and fostering a new Latin American protagonism.

It is paradoxical that, during a pontificate that claims to go to the peripheries, the issue of the mission is interpreted as a social mission, and not as a mission to convert, since transmitting faith can be perceived as proselytism.

Seven years after Benedict XVI’s renunciation, we keep his excellent teaching that faith can be imbued of reason. So there is a perfectly reasonable faith and, for this reason, valid. Without faith, man is alone, at the mercy of strong powers. Without the vision of transcendence, the Church has no reason of being.

For this reason, the text sent by Benedict XVI to the International Theological Commission is powerful and meaningful: it puts the accent on the current discussion. For this reason, perhaps, nobody followed it or wanted to engage. Benedict XVI is still a prophet for our times. So much of an oracle, that he is misunderstood.