Pope Francis: The Sound of Silence Is the Holy See Still Capable of Prophecy?

Cardinal Husar: three reasons why his passing away help us understand the times we live in 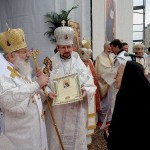 Certainly, he has been for 11 years the leader of that particular Church. It was mostly thanks to the work he did in the Ukraine from 2000 to 2011 that Cardinal Husar is well known. However, his life has a universal impact.

Why does Cardinal Husar’s story tells a lot about today’s Church?

First of all, because he was a man capable of stepping down. The Ukrainian Greek Catholic Church is the largest sui iuris Church in full communion with Rome. It is led by a major archbishop, elected by the Synod. Major Archbishops’ prerogatives are described in Title V of the Eastern Churches Canon Law Code. Canon 152 reads that the Major Archbishop has the same rights of the Patriarchs in Patriarchal Churches. And Canon 126 stresses that a patriarchal see becomes vacant because “of the death or renunciation of the Patriarch.”

This means that Cardinal Husar could have stayed as Major Archbishop until his death. He did not do that. He courageously chose to step down. After his renunciation, in 2011, he did not even took part in the Synod, in order not to influence the decision, although he was concerned about the choice of his successor.

Cardinal Husar’s renunciation came just a year and a half before Benedict XVI’s. It is very likely that Benedict XVI looked also at Cardinal Husar’s example when he made the decision to step down and retire “in the mountain”. They had very good relations.

Stepping down is a hot topic nowadays. During one of his daily off the cuff homilies at the morning masses, on May 30, Pope Francis stressed that “a bishop must know about stepping down.”

Many read these words as a reference to Benedict XVI, but this is hardly the case. Pope Francis pushed the Pope emeritus to engage in some public life, as Pope Francis himself explained in an interview a couple of years ago. Every Pope Emeritus’ initiative comes after a request from Pope Francis. If there is not an “institutional death” of the Pope Emeritus, as many hoped for, it is because Pope Francis does not wish it.

Nor was Pope Francis saying that he was going to resign. Though there were rumors about a possible announcement of a future stepping down – the announcement was supposed to take place during the trip to Fatima – they were wishful thinking rather than news.

Yes, one can assume that Pope Francis thinks his pontificate will not last long, and this assumption can come from the choices of the last consistory. The Consistory of June 28 is similar to the last one Benedict XVI convoked in 2012. Pope Benedict created a small number cardinals (6), and all of them were not Italian and not from the Curia. Another sign that would indicate a possible “change of the guard” is in the composition of the College of Cardinals. Through four consistories, Pope Francis has designed a College in his image and likeness.

However, even if it is always possible to speculate that a Conclave will soon come, this does not mean that it is bound to happen.

More likely, Pope Francis was talking about ecclesiastical careerism, which is one of his main concerns. Cardinal Oscar Andrés Rodriguez Maradiaga, coordinator of the Council of Cardinals, in a book-length interview he granted, stressed that one of the reforms under discussion is that “one will have to leave a Vatican post after 10 years, to go back to his diocese”, in order to avoid careers built within the Roman Curia.

Cardinal Husar was beyond all of these speculations. He also went beyond the discussion on the functions of the Major Archbishop. He was capable of resigning when it was time. Before that, he made sure there was a strong Church in place, ready for the succession.

The successor chosen was Sviatoslav Shevchuk. He was very young. This very choice shows how Cardinal Husar had been working for a silent reform that would need some time to be fully implemented. Who better than a young archbishop, who also enjoyed the esteem of the community, to carry on with the reforms?

The second reason why Cardinal Husar passing away represents an admonishment about the current times is contained in his governmental decisions. During his mandate as Major Archbishop, Cardinal Husar moved the central seat of the Ukrainian Catholic Church from Lviv to Kiev. The decision had very important symbolism.

In the end, this small Greek Catholic Eastern Church, after the Lviv pseudo-Synod in 1946, after the years of Soviet domination during which the Moscow patriarchate had taken over the ownership of the churches, moved her primatial seat to the heart of the country, where everything was born.

It was not an easy choice. It meant going beyond the diplomacy, and to go against the flow in the river of history to straighten it up. Cardinal Husar did it, and found in Benedict XVI a wonderful ally.

During those times, the dialogue with the East was carried forward, but was not handicapped by the Ostpolitik that John Paul II had already gotten rid of. In the end, being in dialogue does not mean compromise at any cost.

One should ask whether this courageous choice would be possible even today. Perhaps not. Pontifical diplomacy is seemingly focusing more on relations with States, than on the situation of the local Church. That is, the notion is that good relations with States help to better defend the faithful.

Hence, the Vatican axis with Moscow and – as a consequence – with the Russian Orthodox Patriarchate, to stand together at the front lines defending persecuted Christians. Hence, the talks for the controversial agreement with China on the appointment of bishops – though the agreement is currently stalled. Hence, the attention set on every place that does not have diplomatic relations with the Holy See: a Cardinal in Laos, the opening of nunciatures in Mauritania and Myanmar, a Cardinal for Malaysia, and the pursuit of good relations with all despite differences.

In the end, many things have changed since 2011. But Cardinal Husar’s story tells us that sometimes one must fight to reaffirm his heritage, and that in the end tradition and historic legacy are the greatest achievements to reach out for and the most difficult to keep.

The very life of Cardinal Husar is the third reason why it is important to remember him. He lived as an exiled in Austria and then in the United States. When he was appointed Major Archbishop, he was able to bring a democratic breeze to a country stricken by about 40 years of Soviet propaganda. When Cardinal Husar spoke, he was able to speak with the authority of those who have experience in the world. Everyone recognized it, whether they were believers or non-believers, Catholics or Orthodox.

It was thanks to his moral impact that the so-called “Revolution of Dignity” in the Ukraine emerged as a non-violent movement. To the Ukrainian people, he is like those wise and blind old men – he was blind at the end of his life – that sang songs while playing the kobzar, reawakening the conscience of the people.

He was like the “wise grandfather” Pope Francis has often alluded to when speaking about Benedict XVI.

This leads us to the beginning of this analysis. No doubt, stepping down is a major decision matter. However, stepping down also means letting things grow, looking at them with a serene detachment and accompanying them with the prayer – that is, the kobzar of life.

Looking at Cardinal Husar’s life, we can see beyond many of todays’ debates and look at the deeper part of the Church. It would be good to look at the Greek Ukrainian Catholic Church experience, instead of complaining about the notion of an “enlarged magisterium” of the papacy, with “an active and a passive member”. There, this kind of “enlarged archbishopry” went into effect, and everybody appreciated it.

So, Cardinal Husar shows that news and hopes for Christianity come from the East. In the West, they developed only afterwards. This is what the life of the Cardinal reveals, and also what the Ukrainian Greek Catholic Church tells us. Between Jerusalem, Athens and Rome, it is always possible to give a renewed glance to the Church. A renewed glance that Cardinal Husar was not afraid of.