Church and sex abuses, toward a new annus horribilis? Pope Francis, how will he change his government team?

Catholic Church, the worrisome clues of a never ending attack 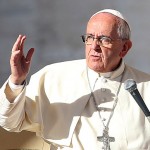 Perhaps, Pope Francis did not enjoy a real honeymoon with the media. Certainly, it has been said for years that media sympathy toward Pope Francis was great, and that this directly elevated the popularity of the Church.

The “Church of no”, it was said, turned into the “Church of yes” thanks to Pope Francis’ wide-open spirit. The Pope’s “Who am I to judge” on homosexual people, always quoted out of context, was considered the beginning of a new spring in the Church. His “we do not have to breed like rabbits,” also quoted out of context, was considered a first opening of the Church to birth control.

To sum it up, everything was Spring under Pope Francis. And there were many expectations. Among these expectations: the possible access to communion for Catholics divorced and remarried; a presumed Catholic Church will to take a step back on evangelization for the sake of the culture of the encounter, based on what leftist journalist Eugenio Scalfari attributed to the Pope in his first ‘interview,’ that is, that “a Catholic God does not exist”. Other expectations were the dismantling of the Church as an institution and the promotion of a quasi new-age Church, based not on the confession of the Gospel, but merely on concrete actions. Even the possibility of a Third Vatican Council to open the Church to modernity was rumored.

Beyond the fact that many expectations were not met, and that many others are part of an over-interpretation of Pope Francis’ words (who, in fact, never makes definitive statements or closes a discussion) there was however the impression that a honeymoon between the secular world and the Pope was ongoing. That impression was fallacious.

Behind kudos to Pope Francis, by a media that in fact abstained from reporting on Pope Francis’ more traditional views, the fight against the Catholic Church kept going.

This fight is carried forward on principles which roots are in Protestant and nationalist movements and on the Enlightenment. In the end, there really is a silent persecution nowadays.

This persecution is not just the persecution against Christians, that are marginalized in the public arena as are their religious symbols. This persecution led to martyrdom, like that of Fr. Jacques Hamel two years ago: he is a martyr of indifference, because, in the end, anti Catholic rage in France has been mounting for months before the assassination of Fr. Hamel.

This persecution is not even just the persecution that leads to public statements stressing that religious people cannot speak in public, because their words might be conditioned by their religious beliefs, notwithstanding that ideas and ideology are as conditioning as religion might be, while hiding that this dictatorship of relativism, as Pope Benedict XVI labeled it, thus attributes to itself the power to decide what opinions are worth listening to.

There is also a persecution directly against the Church as an institution, both as a religious institution and an international institution. Attacks are levied against Canon law, portraying it as an obscurantist law while disregarding the community that accepts that law. As a consequence, the Holy See sovereignty is questioned, and that is the real issue at stake, the final goal of an ever lasting attack.

What are the signs of this silent attack?

In india, the National Council of Women, after a sexual exploitation case involving several priests of the Orthodox Siro-Malankarian Church who threatened a women with revealing secrets she shared in confession, asked the government to forbid the Church from requiring women to go to confession.

In the State of Canberra, in Australia, the seal of confession was questioned by a recently passed bill that establishes a “reporting scheme” in cases of sex abuse, and considers guilty of failing to report whomever does not report on cases of abuse, even if these are revealed under the seal of confession. Australian Bishops will discuss it during their August assembly.

During this month, the Holy See did not present its periodic report on the Convention Against Torture, nor its report on the Convention for the Rights of the Child. It is not a unique case, as the presentation of reports to the conventions’ oversight committees is not obligatory, and there are countries that have failed to present reports for as many as 15 years.

There is no doubt that, when reports were presented back in 2014, there was an agenda to attack the Holy See, taking advantage of the abuse crisis: the Committee on the Rights of the Child labeled confession as a “code of silence” imposed on a priest and even called for changing Canon Law, and the Committee Against Torture artificially included among the cases of torture the abuse on minors, though these are not contemplated in the text of the convention. If reports were going to be presented this time, it was likely these questions would be raised again. The Holy See is thus compelled to study with care how to counter these improper pressures.

In Chile, magistrates investigating clergy sex abuse on minors considered the idea of calling the Pope to testify and talk about how the Catholic Church had covered up priests’ abuse in that country. The idea came at the climax of a series of seizures of Church documents, and the summons of Cardinal Ezzati to serve as a witness in a trial.

Claiming the possibility to summons the Pope as a witness is not new. Already in 2010, American organizations who took on the cases of abuse made the same request. These requests are made mostly for publicity reasons. In fact, a Pope is a Head of State, and cannot be made to testify in trials. And, as the Pope is not the head of a company, he is not responsible for personal actions of priests and / or bishops.

The mere fact that this idea is reiterated shows that the attack against the Church always aim in the same direction, to the heart of the institution.

This data does not deny the issue of sex abuse by clergy.

However, this data is food for thought, as a new season when the horrible stories of abuse will be exploited to question the Church as an institution. As if the wrongdoings and mistakes of its members would make an institution’s principles and its teachings not valid.

These attacks kept on going, even when the image of the Church under Pope Francis reportedly changed, and despite the fact that the secular world reportedly showed more interest in the Pontiff’s words.

Even the above is part of a misrepresentation. The secular world always looked at the Church with interest, as the great discussions generated by Benedict XVI’s words prove, or the attention paid to every speech by St. John Paul II. The fact is that the secular world always operated on its own way, taking advantage of papal statements without really considering what the popes and the Church were actually saying.

This is happening again, and it is important to see it. The attack against the Church continues, in a general culture context marked by indifference regarding these attacks. Nowadays, there is a great eagerness to attack the mistakes of the Church, and little interest in defending the institution. Nothing has changed, in the end. At least for now.