Church and sex abuses, toward a new annus horribilis? 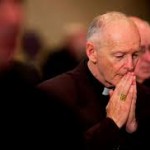 From the case of former Cardinal Theodore McCarrick in the United States to that of the Chilean bishops, through the Honduran and Australian situations, the Church is apparently going to face a new “annus horribilis” on sex abuse by clergy, following 2010 – right during the Year for Priests proclaimed by Benedict XVI – and 2002, characterized by the investigations in the United States and the realization of the scope of the issue by US bishops.

There are signs that once again a period of scrutiny, with revelations that will shock the Church’s top ranks.

The unprecedented McCarrick’s decision to resign from the college of Cardinals – stricken by a similar case, Cardinal Keith O’Brien was stripped off the prerogatives of Cardinalate, but kept the title – can be the signal of a new awareness on how to handle the phenomenon. But also this awareness must be handled with care.

Not by chance, Cardinal Sean O’Malley has already indicated steps to take to counter the phenomenon. President of the Pontifical Commission for the Protection of Minors, Cardinal O’Malley was appointed bishop of Boston to overcome the crisis generated by the clergy sex abuse scandal there. By his side was Msgr. Robert Oliver, whom Benedict XVI called to the Vatican in 2012 and made him Promoter of Justice of the Congregation for the Doctrine of the Faith, and was later appointed Secretary of the Pontifical Commission for the Protection of Minors. It meant, somehow, that the “Boston model” to counter sex abuse scandal was considered valuable.

Cardinal O’Malley issued July 24 a long declaration, triggered by the McCarrick case. In the statement, Cardinal O’Malley underscored the need for a comprehensive and strong response by the Church to sex abuse by clergy, the will to overcome the barriers that occur when bishops are accused, and the need to prioritize attention to victims and listening to their stories.

McCarrick’s case has been making headlines for a month, since the release of the letter by Cardinal Pietro Parolin, Vatican Secretary of State, asking, on behalf of the Pope, the archbishop emeritus of Washington to withdraw from public ministry, also because some of the allegations leveled against him were considered substantiated and credible.

Since then, other revelations about the Cardinal’s sexual misconduct were published, from his improper approach to minors to the way he approached seminarians. In some cases, these stories need to be proven. Almost always, the stories date back decades.

No bishop in the United States defended McCarrick. However, until the news of McCarrick’s resignation from the College of Cardinals broke, the Holy See has been prudently watching the issue, and there had been no official interventions, with the exception of Cardinal O’Malley’s statement.

The way the Holy See behaves in this cases have been widely criticized, and now more than ever.

One must however understand the Holy See’s perspective. The Holy See acts prudently, considering the way allegations are generally leveled. All the accusations date back many years, and in some cases allegations were raised with the sole purpose of seeking compensation. It has happened that accusations leveled against priests have proven to be unsubstantiated but had the effect of ruining the life of the priests: they were found not guilty, and at the same time considered guilty by public opinion for the mere fact they were named in an allegation, and for this reason unable to build a climate of trust with their parishioners.

These issues must be carefully pondered, as there are many different cases.

Cardinal George Pell is now standing trial in Australia, charged with at least one allegation of sex abuse, and the object of a campaign that raised some concern among Australian media themselves.

Also in Australia, Bishop Philip Wilson was sentenced to one year imprisonment for covering up the conduct of a pedophile priest. In Honduras, Bishop José Pineda, auxiliary of Tegucigalpa, resigned, and Pope Francis promptly accepted it: Bishop Pineda was allegedly involved in sexual misconduct.

Finally, there is the Chilean situation. Pope Francis was prudent at the beginning, and then he took the situation in his hands and convoked all the Chilean Bishops in Rome. The Chilean Bishops, on their turn, made the decision to collectively resign, and Pope Francis is deciding case by case. When he accepted the resignations, he always appointed an apostolic administrator to replace them, holding on the appointments of new bishops until things are calmer.

As can be seen, there are many frontlines, and the Church is called to face again a media campaign that risks to address facts with a bias.

In general, abuse allegations, whether they are substantiated or not, are fertile ground to push the Church to, for instance, abolish the secret of confession. It happened in Australia, where the recommendation of the Royal Commission into Institutional Responses to Child Sexual Abuse reached the point of asking for the abolishment by law of the secret of confession, to compel the priests to denounce and be witnesses.

A similar request was introduced in Ireland, at the climax of the pedophilia crisis, when the Taoiseach (Prime Minister) Enda Kenny called for the secret of confession to be abolished.

In Belgium, magistrates got to stop a meeting of the Bishops’ Conference, held Bishops in custody, and exhumed the graves of deceased Cardinals to look for prove of alleged covering up of abuse.

These days, the news broke that Cardinal Ricardo Ezzati, Archbishop of Santiago, will be called as a witness on a trial on an alleged abuse cover up. Obviously, the justice of states is different from the Canon Law. However, the situation also shows a trend to attack the Church when things happen within the Church.

This also happened with the Wesolowski case, the Papal nuncio to the Dominican Republic accused of sex abuse of minors and transferred to stand trial in the Vatican. He died before the end of the trial, but the case was considered a way of Pope Francis engaging in a cover up.

The zero tolerance rationale Pope Francis is carrying forward began under Benedict XVI, and even before with Cardinal Ratzigner. It is a fair rationale, and everybody should follow that.

On the other hand, it is important to try to understand why, when one comes to speak about the Church, the emotional wave always leads toward a condemnation, sometimes without even considering the facts. There is no search for truth in this emotional wave.

Why this anti-Church sentiment, then? One of the reasons is the intent to attack the Catholic Church as an institution, one that can generate problems, with her international and on the field work, with her schools that nurture free minds and with a social teaching that every government needs to deal with.

So, immoral people within a moral institution become an excuse to campaign for the institution’s destruction. The final goal is to attack the sovereignty of the Holy See, through requests to change the canon law or the above mentioned attempts to control the secret of confession.

If another annus horribilis on the pedophilia issue is coming, it is important to frame the issue in a way different from black and white, guilty and innocent. Beyond the essential support to victims, one should look at the possibility that there is a wider design. The attack against the Church as an institution is behind, as can be noted by the way the media report and distort the Pope’s and Church’s declarations, trying to fold them to personal agendas.

It has always happened. It will happen forever.