Benedict XVI, his gaze towards the future Pope Francis and the Ukrainian crisis. What he did, what he could have done

Does Pope Francis have a plan? And which plan? 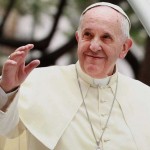 Motu propri are documents that arise from the will of the Pope. They do not come from consultations with the Curia. They may not come from a suggestion but simply from the will of the Pope. Unlike the rescripta ex audientia santissimi, they have a more normative formulation and must be made public. The motu propri are drawn up like a letter, with a regulation. Rescripts are notes that the Pope makes at the end of an audience. Motu propri are published and shared. Rescripts may not be. Both, however, are of crucial importance in the government of Pope Francis.

All the most important norms of the pontificate were born out of motu propri. All decisive changes to the regulations are the result of rescripts. On the other hand, the Apostolic Constitution on the reform of the Curia, of which only the name Praedicate Evangelium is known, is slow coming. The statutes of the new dicasteries have been included, on the Vatican website, in the section of the motu propri.

The statutory changes of some Curia dicasteries have often resulted in minimal changes or a copy and paste of previous ideas – think of the Financial Intelligence Authority having changed its name to the Financial Information and Supervisory Authority, an idea that Cardinal Attilio Nicora, first president of the Authority, had already thought of but set aside. Major legislative reforms, such as that of the penal code, had already been in the works for some time. The new legislative reforms, such as that of the procurement code, are necessities that come from international treaties.

At this point, it is legitimate to ask ourselves what is Pope Francis’s agenda. And it is even more appropriate to do so at the end of a week in which Pope Francis has published two motu proprio, both of which are significant.

The first, published on February 14, changed the structure of the Congregation for the Doctrine of the Faith: before, it was divided into four offices, now it will be divided into two sections. Previously, the four offices worked in harmony, and the doctrinal, theological question was always put in the foreground. Doctrine and discipline are now the two separate sections, with two dedicated secretaries (and presumably both archbishops) placed on the same level.

The second motu proprio, published on February 15, changes the code of canon law and assigns to the bishops some competences up to now held by the Apostolic See. More than anything else, the Apostolic See is now called to confirm, and no longer to approve, the bishops’ decisions on various topics, such as the drafting of catechisms. Hence, more autonomy for the bishops, who will be however more unaided, without the help of the Apostolic See to harmonize decisions. At the same time, more arbitrariness for the Apostolic See because everything depends on how it decides, each time, to apply the instrument of confirmation.

A summary look at the motu proprio, without going into much detail, can reveal Pope Francis’s agenda.

The first clue is that Pope Francis does not want systematic reforms. He started one, that of the Curia, which has been under discussion for years. In the meantime, however, he made decisions; he made them concrete without there being a general text. At present, Pope Francis ‘reforms are not included in an apostolic constitution that would make them permanent, and they have not even been absorbed into the pre-existing apostolic constitution, Pastor Bonus. Until now, a new Pope could cancel the reforms with the stroke of a pen. Is this how Pope Francis wants to fight the functionalism of the Church? Or is it simply the way he makes decisions, listening to everyone but not consulting anyone?

The second clue is that Pope Francis wants to show the development of a synodal Church. But synodal does not mean collegial. Synodality involves walking together, but always the decision of a solitary leader. The new structure of the Congregation for the Doctrine of the Faith risks losing collegiality to greater functionality. The dicastery becomes more specialized but less collegial. Probably, at least as regards the disciplinary branch, it will have to rely on external experts or dioceses for help. It will be there that synodality will be shown. Is Synodality for Pope Francis thus a way to strengthen central power? Or is it that the Pope lacks organizational capacity, and cannot organize the structures efficiently?

The third clue is that the Pope has no qualms about changing canon law when he needs it. As he puts it, he does it to promote a “healthy decentralization,” but, making the decisions himself, he has concentrated power in his hands. Is Pope Francis aware of the contradiction he creates with his actions? Or does he think that only in this way can ancient mechanisms be overhauled?

There are additional questions aside from those left open by these clues. For example, does the Pope plan to carry everything forward by trial and error, without a precise schedule, as he always says he does? Or is the project really chaos, creating confusion to hit on the things that matter most to him?

This last question arises from a declaration by the Pope himself, who said he had accepted the resignation of the archbishop of Paris Michel Aupeit “on the altar of hypocrisy.” Words that suggest that many other choices might have been made on the altar of hypocrisy, considering their impact on public opinion more than actual effectiveness.

In the end, there is the risk of a paradox. The Pope’s decisions say they want to avoid centralization, functionalism, bureaucratization of roles, but they go in that direction. This is the risk incurred when reality is considered greater than ideas. Absolute pragmatism in government leads to losing sight of the ideal. Precisely that ideal that Pope Francis asks priests always to keep alive, as he did in his opening speech at the priestly symposium last February 17.

3 Responses to Does Pope Francis have a plan? And which plan?