From “Hosannah” to “Crucify him” : Why the Secular Media Bias in Favor of Pope Francis? 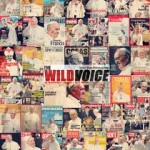 Exceptional Thursday release of MondayVatican. This piece was intended to be published at the beginning of the year. Then Pope Francis announced who were the cardinals he was going to create, and mondavatican.com deemed more important to comment on that.

Among Pope Francis’ challenges for the new year is changing the media’s perception of him. Currently this perception is undoubtedly positive, as is proven by the many polls conducted by several media outlets that rank him among the most beloved and influential people in the world. But it is also a perception that carries with it somewhat stereotyped images of Church and pope, as if the Church were an NGO or a corporation with the pope serving as a CEO or as a marketing expert hired to revitalize the Church’s disgraced image.

The most recent poll naming Pope Francis as “Person of the Year” was launched by the Italian press agency “Ansa”. Ansa readers ranked the pope in first place within a special classification that ranked in second place Samantha Cristoforetti, the first Italian woman astronaut. In mid-December the American business magazine “Forbes” ranked Pope Francis 4th in its annual list of the most powerful people on earth. Top-ranked was Russian president Vladimir Putin, while in second place was the US president Barack Obama and in third place the Chinese president Xi Jinpig.

But “Forbes” went even further. In an article titled “Pope Francis: CEO and Epic Innovator,” the magazine trumpeted the fact that Pope Francis had received two prizes in absentia during the magazine-sponsored event celebrating the “Tribeca Disruptive Innovation Awards”: the Adam Smith Prize and the Book of the Year for Innovation honoring the Pope’s Apostolic Exhortation “Evangelii Gaudium” (The Joy of the Gospel).

In the article, “Forbes” maintained that “the recently concluded synod on non-traditional families and the Church has reinforced our earlier view that when it comes to innovation this guy is pretty epic. Think about what the Pope has done to transform a 2,000 year old brand—a really BIG business with issues.” The article concluded with a recommendation to CEOs: “Be like the Pope, stop pontificating.”

However, these words should provide food for thought. The 2014 Extraordinary Synod on the Family was certainly something more than a synod on “non-traditional families,” and it discussed a range of topics that did not deal exclusively with certain side issues, such as divorced and remarried Catholics and the pastoral care of homosexual couples. But in the end this narrow focus is what the secular press wants to see in Pope Francis. In this way the press demonstrates a determination to manipulate that goes beyond the Pope’s own will.

Some commentators have written about the secular world’s “positive bias” toward Pope Francis. However, from a Catholic point of view, this may be seen instead as a “negative bias,” since it somehow undermines the roots of the Church’s thought. It does so in a subtle way, by personalizing the Church in the image of its leader and by characterizing any critical, or even a different, opinion as a voice “against Pope Francis.”

That the secular media’s current focus on the Church and, consequently, on the pope is in bad faith is demonstrated by “Rolling Stone,” another magazine with an extraordinary impact on the entertainment world. Quite unusually, “Rolling Stone” dedicated one of its 2014 covers to Pope Francis. The article that explained the reasons behind the cover choice also contained a warning that “National Review” has paraphrased in these words: “This warm welcome among elites won’t last if you don’t prove yourself in favor of progressive change.”

Judging from his sermons, Pope Francis may not be much inclined to take this advice. His preaching in favor of a “poor Church for the poor” aims in the opposite direction, toward a Church that he says must not become a “merciful NGO” (he has stressed this point this on several occasions), and whose priests must not act as “clerics of State” (a phrase that frequently occurs in his discourse), but, instead, that it must be a Church purified of worldliness, especially of “spiritual worldliness”. Pope Francis himself explained that getting rid of worldliness does not imply the abolition of the Church’s structures. When he went to visit Assisi in October 2013, it was rumored that he was about to announce the abolition of ecclesiastical titles as a sort of voluntary stripping reminiscent of St. Francis’. Pope Francis hinted at this possibility in one of his speeches, but indicated that what he had in mind instead was that the Church should strip itself of its spiritual worldliness.

This is the conversion of hearts that Pope Francis has described as being more important than the reform of the Church’s structures. Yet he also pays great attention to the Church’s structures. In the almost two years of his pontificate he has appointed two pontifical commissions for oversight of the IOR (the so-called Vatican bank) and of the Vatican’s administrative-financial offices, and he has begun a discussion concerning curial reform that up to now has seen the establishment of the Secretariat for the Economy, the Council for the Economy and the Pontifical Commission for the Protection of Minors.

Even if these moves are deemed by some as yet incomplete at the institutional level (all of these new bodies still lack statutes), they nevertheless demonstrate the Pope’s sincere intention to reconstitute the Curia’s structures. Perhaps he thinks that although the old structure needs to be replaced, some structure is nevertheless needed.

These moves, however, are viewed by commentators in the secular media as presaging a radical change while these same journalists barely disguise their hope that the Church will either dismantle its organization altogether or at least adopt secular criteria in reforming it. This viewpoint also explains the immense media hype over the positive outcome achieved by the Holy See when the United States and Cuba recently announced the restoration of diplomatic ties. Media outlets framed this achievement exclusively in terms of secular diplomacy. In a similar way the media publicize only those statements of Pope Francis that fit their secular criteria, while ignoring his sermons on the devil (a fact now noted even by the American commentator George Weigel).

For the adoring secular media, Francis has been a revolutionary pope, especially because of his choice to live in the Domus Sanctae Marthae and not in the Apostolic Palace, and because a Ford Focus has replaced the usual armored car, two among the reasons given by “Time Magazine” for choosing him as their “2013 Person of the Year”.

Commenting on this news, Fr. Federico Lombardi, Director of the Holy See Press Office, observed: “It is a positive sign that one of the most important awards among the international press is attributed to one who effectively announces to the world spiritual, religious and moral values in favor of peace and of greater justice.”

The Vatican spokesperson then added that, “Pope Francis does not seek for fame and success, because he serves to proclaim the Gospel and God’s love for everyone. If this attracts women and men and gives them hope, the Pope is happy.”

But back in May 2008, the same Fr. Lombardi commented on Pope Benedict XVI’s exclusion from Time Magazine’s list of the 100 most influential persons in the world with these words: “I find it positive that they do not confuse the pope’s type of authority and service with other, worldly characteristics.”

Benedict XVI was on the list for the following years as well. In 2005, as Cardinal Joseph Ratzinger, he was mentioned as a guardian of Catholic orthodoxy, and in 2006, Benedict XVI was described by the US writer Peggy Noonan as the man who was facing the challenge of being the successor of John Paul II by writing his first, surprising encyclical on the theme of love (Deus Caritas Est). “He has not the charisma of the young John Paul II, but his general audiences are always crowded,” Noonan wrote.

It was the same Pope Benedict XVI who was fiercely attacked by the secular world, so much so that in 2008 he could not deliver a speech at Rome’s University “La Sapienza”. He had to cancel the visit, scheduled for the 17th of January, because a groups of teachers and students protested against the “lack of consideration for secularity” expressed by the invitation extended to the Bishop of Rome to speak at a secular university. This same Benedict XVI was attacked by the German press for being too much a traditionalist, especially following his 2011 trip to his homeland during which, paradoxically, he spoke of the Church’s need not to be bound to its structures, as well as of the providentiality of those secularizing trends that had helped the Church to become less worldly. This same Pope was metaphorically placed in the dock for his 2005 Regensburg lecture – a speech that nevertheless contributed to a flourishing of dialogue with the moderate Islamic element; he was also attacked following (his completely distorted) comments on the use of condoms that were made during a 2009 press conference held while in flight to Africa; and he was placed under considerable pressure by the media in 2012 during the so-called Vatileaks affair that targeted his closest collaborators.

Why all of these attacks? Because when the Truth of the Gospel is proclaimed with strength, the same Gospel, a sign of contradiction, generates scandal and arouses a violent reaction on the part of the world. This is the reason why the most important challenge of Pope Francis and his collaborators is to change the secular media’s perception of him. From “Hosannah” to “Crucify him” is but a short step. The recent history of popes reminds us of this.

One Response to From “Hosannah” to “Crucify him” : Why the Secular Media Bias in Favor of Pope Francis?