From Finland with love. Is Catholic thought going to be a minority to protect? Italy, is a modern Kulturkampf taking place?

Hiv/Aids, a Vatican point of view 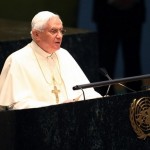 Benedict XVI will be visiting Benin the next 20th of November, and he will deliver the post-sinodal declaration of the Africa Synod, that took place in October 2009. In the Instrumentum Laboris of that synod, Aids was not a pivotal issue. The document just underlined the «necessity» of the education even in «health prevention and in the way of life (e.g. Hiv/Aids case) ». Obviously, in 2009 the problem was issued.  And it is possible that some remark on the Hiv/Aids case will be included in the post-synodal declaration that Benedict XVI will deliver in Benin.

The Pope went to Africa two years ago, to deliver the Instrumentum Laboris (the Working Document) of that same synod. That visit had been strongly characterized from what Benedict XVI told during the press conference that took place in the plane. When he was requested about the Hiv/Aids Issue, he underline that the use of condom would not be the solution to the problem. And he affirmed that the Holy See wished – more than a condoms deliverance – the free Hiv treatment for all.

Public opinion had been distressed on the condom issue. The diplomatic results were clumsy. Germany and France took official position against what the Pope said. Many of the association for the reproductive health – took in great consideration in United Nations – protested. Mutations, a Cameroon news daily – spread the news that the Episcopal conference of Cameroon was going to subscribe a national plan to fight the Hiv/Aids that included the condoms deliverance.

The true key point was not the condom. Just see some data. The Aids epidemic spread at an impressive quickness. According to Unaids report – Unaids is the body of United Nations that promotes and coordinate the global action to contrast the epidemic – there are 65 million people Hiv infected, and in 1981 more than 25 million people died by Aids. In 2005, 2.8 million people died by Aids and 4.1 had been Hiv infected (540 thousands of them were children). In 2007, there were 2.5 million people infected more, since the retroviral medicines were administrated to a smaller number of people. The most efficacious measure against the Hiv pandemic would be a vaccine. The funds for the research of the vaccine are, in fact, just one tenth of the funds for the research on retro-viral medicines. The reason why is that a medicines acting against the symptoms is more lucrative than a vaccine, since they should be administrated all life long. Pharmaceuticals would not have such a great profit from a vaccine. In 2001, some pharmaceuticals companies sued action against South African governments and the Medicines Act launch from the then president Nelson Mandela. The Medicines Act allowed the self-production of medicines to treat Aids or the direct purchase of medicines from countries that produce cheaper medicines.

The Holy See position is always faded. It happened in Cairo, in 1994, at the International Conference on Population and Development. It happened against in Beijing, in 1995, at the Un Conference for the women and ten years later at Un Commission on Status of Women in New York. The head of Vatican delegation in that last conference was Mary Ann Glendon, president of the Pontifical Academy for the Social Sciences (and – during the last times of Bush administration, Us ambassador to the Holy See). The debate was focused on the risk of losing the equality of all men’s by affirming the dignity of the man. «This is – Mary Ann Glendon told in an interview – it is the question and the challenge that Benedict XVI issued to United Nations, and in his works before. If everything is relative, everything can be allowed, even violence and disorder. Something, in fact, is not relative: they are fundamental, they are incorporated in the Universal Declaration for Human Rights, and they are rooted in the Golden Rule. It is something so pivotal that nobody can put it in discussion».  Glendon was part of the Vatican delegation even in Beijing, and she affirmed then: «European Union delegation in Bejing never explained the reason why they thought that dignity was not compatible with equality».

It was a crucial declaration, since it remarked the position of the Holy See. No concession would be made on this debate, if this would undergo the dignity of persons, and this position should not be underestimated. The Catholic Church manages 26 percent of health care facilities in the world.  According to a press release, the Church has «117,000 health care facilities, including hospitals, clinics, orphanages,» as well as «18,000 pharmacies and 512 centers» for the care of those with leprosy. Big part of the effort to contrast Hiv/Aids in Africa are on behalf of Catholic-inspired organization. It is a data that should be food for thoughts.

One Response to Hiv/Aids, a Vatican point of view