Holy See, why so much media frenzy around a cold case? 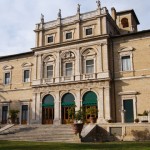 The finding of human bones in the basement of an annex building of the Holy See’s nunciature to Italy in via Po, in the center of Rome, immediately led to think that the case of Emanuela Orlandi could be open again.

The human remains were found during restoration works. It is still early to say whether the body belonged to a man or a woman, and to establish the exact date of death. Investigations are also taking DNA samples and teeth and comparing them with information in databases.

Since the building is a Holy See extraterritorial property, the investigations are conducted by the Vatican Gendarmes corps in collaboration with Italian prosecutors. Rome public prosecutor filed a murder inquiry.

However, one must be prudent before reaching conclusions. The Holy See nunciature to Italy is in Villa Giorgina, a villa with an almost a 5-acre garden which was donated to the Holy See in 1949 by Isaia Levi, a Jewish business owner and senator. With the donation, Levi wanted to thank Pius XII for helping Jews escape racial persecution.

The area was also an area used by Ancient Romans to bury people, and – since the finding was in the basement – it cannot be excluded that the bones date back centuries, and have no connection with the cases of Emanuela Orlandi or Mirella Gregori.

In addition, the human remains were found in an annex building, that was the house occupied by the housekeeper until the 1960s. The housekeeper had a stormy relationship with his wife, who disappeared 50 years ago – it seems the housekeeper simply said at the time that she had left, according to some testimonies. Thus, in the end, several possibilities, hardly connected with the Orlandi case.

When the human rests were found, Archbishop Emil Paul Tscherrig, nuncio to Italy, called Luigi Carnevale, who is official at the Vatican Public Security Inspectorate, the Italian State Police branch that, along with Vatican Gendarmes corps, takes care of Pope Francis’ protection during Papal visits in Italy and in St. Peter’s Square.

Although the nunciature is Vatican property and an extraterritorial building, the Holy See did not directly take care of the investigation.

So, the Holy See has not filed any charges, while the Italian prosecutor did.

According to a Vatican source, the Holy See was upset by the fact that the finding of human bones has been immediately connected to the Emanuela Orlandi’s story, since still there are is evidence of that link.

If the bones were really Emanuela Orlandi’s, the 35 years long pain of the family would come to an end. However, other questions would come up to the surface: why were the bones found in a Holy See extraterritorial area, not very close from the place where Emanuela Orlandi was seen for the last time? And why now?

On the case of Emanuela Orlandi, interests of different kind overlap. St. John Paul II’s appeal for Orlandi’s liberation, reinforced the hypothesis of a kidnapping.

The last “update” on the Emanuela Orlandi case was the publication of a note by Cardinal Lorenzo Antonetti.

Cardinal Antonetti, who passed away in 2013, had allegedly sent the note to then Msgr. Giovan Battista Re and Jean-Louis Tauran. According to the note, Orlandi stayed for a certain amount of time in a girls’ hostel in London, and the Holy See had spent to keep her there about 483 million lire, the pre-Euro Italian currency – in dollars, it would be today some 290,000 dollars.

The note was published in 2017, and was labeled by Greg Burke, director of the Holy See press office, as a “false and ridiculous document.”

Italian journalist Pino Nicotri, who wrote three books on the Orlandi case, stressed the case was characterized “by a continual fabrication of evidence” in order to keep attention levels high.

Lately, the possibility that Emanuela Orlandi was kidnapped by a gang pedophiles has become always more repeated.

Fr. Gabriele Amorth, the internationally known exorcist of the Rome Diocese who passed away Sep. 12, backed this possibility, and said that in 2012 that he suspected that Emanuela died the very day of her disappearing during a sex party.

Fr. Amorth also mentioned msgr. Simeone Duca, former Vatican secretary of the Secret Archive, who reportedly said that “sex parties were organized, and one of the alleged recruiter of girls was a Vatican Gendarme.”

Fr. Amorth underscored: “I think Emanuela became a victim of that (sex parties) group. I never believed in the international plot. I rather believe it was a case of sexual exploitation, which was followed by homicide and the concealing of the body.”

According to Nicotri, Emanuela Orlandi died the very day of her disappearing in Salita Monte del Gallo, a small street around the Vatican that heads to San Pietro train station.

If this were correct, the scenario would be this: since the kidnapping was of a Vatican citizen, exploiters and “jackals” used the case to try to obtain the major possible advantages.

In the Cold War period, a couple of years after the shocking murder attempt against St. John Paul II and while the first signs of the collapse of the Soviet Union began to surface and the Pope’s Poland was under martial law, it was normal that many thought about using the disappearing of a Vatican citizen for their own purposes.

As explained in 1997 by Giovanni Malerba, a prosecutor who was working on the case, the framework of the Orlandi’s case was “already complex and almost indecipherable,” and was then infiltrated by “a number of subjects which never gave useful information and sometimes even biased the investigations.”

The theory of the death during a sex party is the latest of a series of theories circulated in the course of the years. Here are the other theories that have circulated:

- Emanuela Orlandi was kidnapped for a political purpose, to exchange her with the Turkish terrorist Alì Agca;

- Emanuela Orlandi was kidnapped by Banda della Magliana, a well known criminal fang of Rome that would have loaned money to the Vatican to help John Paul II to finance Polish opposition to the Soviet Union and wanted to extort the Vatican to get its money back;

- Emanuela Orlandi was kidnapped by the Italian secret services, and was then brought to the UK where she was secluded in a madhouse in London;

- Emanuela Orlandi is still alive, and now lives – according to sightings – in Bolzano, in Paris, in Eastern Europe and even in Mosul, Iraq;

- Emanuela Orlandi was raped and then killed by Fr. Piero Vergari, then rector of the Sant’Apollinare church, the church close to the music conservatory Orlandi attended – this theory was launched in a 2008 anonymous letter.

- Emanuela Orlandi was the victim of slave trafficking, that is, the trafficking of young, white teenagers for sexual purposes. Even Cardinal Silvio Oddi (1910 – 1993), a long term Vatican diplomat who ended his career as Prefect of the Congregation for the Clergy and Chamberlain of the College of Cardinals, subscribed this theory;

- The so called “Boston theory”, which connected Emanuela Orlandi Case to the sex abuse scandal in Boston: launched by the Italian newspaper “Il Corriere della Sera” in 2012, the theory is based on a postal stamp of a letter sent Dec. 27, 1983 to Richard Roth, then CBS correspondent in Rome. The letter came from Kenmore, in Boston, from the same area where a NAMBLA group (North American Man / Boy Love Association), a pedophile group, was active, according to Cardinal Bernard Law, in the questioning about interrogatories for the sex abuse scandals in 2002.

All of these theories are just speculations, and it is likely that nothing will finally shed light on the issue, not even if the bones found were actually Emanuela Orlandi’s.

In 35 years, bias and false paths of investigation were mixed with realities, and the Vatican has been mostly used as a sort of scapegoat in an international scenario that was living the final years of the Cold War. It is easy that the disappearing of a girl, and a Vatican citizen, can rebound into the international arena with this kind of effects.

In the end, the fact that Emanuela Orlandi might have been buried in a Vatican building might lead to think that in fact she was returned to the Vatican. It is a symbolic closing of the circle.

During these 35 years, Orlandi’s family appealed many times to the Church, and in the last two years they are represented by lawyers Maria Bernardini De Pace, and by Laura Sgrò, the lawyer of Francesca Immacolata Chaouqui at the last Vatileaks trial. The latest of the claims forwarded to Vatican authorities came some month ago, after they got some information that “Emanuela is buried within the Walls.”

All of these revelations seem to be part of a wider game. Cardinal Antonetti’s note was published by Italian journalist Emiliano Fittipaldi, who was tried by the Vatican during the last Vatileaks scandal for stealing confidential documents.

That of Vatileaks seems to be a never ending story. It is mostly pivoted on two issues: the Institute for Religious Works (IOR, the so called Vatican bank) and in general the Holy See finances and the Emanuela Orlandi case.

These two issues pop up any time the Holy See is going to be targeted. They are part of a wider discussion that dates back to the 1980s. If Emanuela Orlandi’s case is still open, in the IOR case there have been much information that would have clarified the scenario, though this information was never really covered.

At the beginning of the 1990s, the book “IOR – Ambrosiano: il contro-processo” was published. Mario Tedeschi, the books author, was not a Catholic. He analyzed the papers of the process of the scandal of the bankruptcy of Banco Ambrosiano. Roberto Calvi, president of the Bank, was found death, hanged at the Blackfriars Bridge in London. The IOR was involved in the trial.

Tedeschi came to the conclusion, documents in hand, that the IOR had been just the scapegoat used by people of the Italian government and of the Bank of Italy in order to hide their responsibilities and the dangerous relations they entertained with Roberto Calvi. Nicknamed “God’s banker,” Calvi in fact financed parties of the Communist Left and Sandinist revolutionaries in South America. The book was kept under silence, and its conclusions never became part of the public discussion. This is how the myth of the IOR as a place of wrongdoing and illicit dealings resisted until now.

In the end, the narrative developed in 1980s is always revived. People coming from that period move behind the scene and exploit their last resources to keep this narrative alive. From many points of view, this is also a way to attack the Holy See. In the end, Vatileaks started when the Holy See had began to sever particular relations with Italy, especially in the financial field, and embraced a more international approach. This was how the Holy See could really be a nation among nations, with no particular relations or arrangements with the incumbent Italian neighbor.