How involved is Pope Francis in the London trial case? 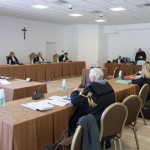 The center of everything, however, is precisely the investment in the building in London, which the Secretariat of State entrusts first to a broker, Raffaele Mincione, and then to another, Gianluigi Torzi, to whom it sells a thousand shares in the building which are however the only ones with voting rights. To save the investment, the Secretariat of State decides to take over Torzi’s shares and assume complete control of the building. After a long negotiation, not free from moments of tension, it succeeds, which leads to paying Torzi a severance of 15 million.

A reconstruction to be demonstrated in a process that did not go live for almost a year due to a series of objections by the defense lawyers, who also asked for full access to all documents to better defend their clients.

The audience on March 30 saw the testimony of Monsignor Mauro Carlino. He had been secretary of the substitute, both when it was Becciu and when it became Archbishop Edgar Peña Parra.

Carlino explained that Peña Parra called him to deal with the affair precisely because “a serious mistake” had been made. This mistake was the contract that granted Torzi the only shares (one thousand) that controlled the London building. This contract would have been signed by the then head of the administrative office of the Secretariat of State, Monsignor Alberto Perlasca, without the authorization of the superiors; and the contract had been ratified. However, Peña Parra wanted to build his team of trust to settle the deal.

However, in the interrogation of Monsignor Carlino, some relevant details emerged.

First: the Pope had always been informed of each step, he wanted to save the asset at all costs, and therefore the negotiations with Torzi were approved at the highest levels. The Pope was so satisfied that in the end, he paid, through Peña Parra, a dinner for the substitute himself and his collaborators to celebrate the resolution of the affair.

The second: once the building was taken over, it was necessary to refinance the loan used to renovate the building and then eventually rent it. It is known that the Secretariat of State had requested an advance from the IOR and that the IOR had officially agreed to advance the money, that would be paid back with interest.

Suddenly, the IOR changed its mind, and the director-general of the IOR, Gianfranco Mammì, informs the general auditor, which led to the investigation, opening the trial season.

Why the IOR changed its mind remains to be known. However, Monsignor Carlino made it known that Peña Parra himself had initiated a sort of informal investigation into Gianfranco Mammì, the director of the IOR, precisely because he did not understand the sudden reversal of the institute on funding to the Secretariat of State.

Third: Peña Parra did not even trust Giuseppe Milanese, head of the OSA cooperative and a friend of the Pope their time in Argentina, and had asked to keep an eye on him. The Pope had called Milanese to negotiate a severance pay with Torzi, and the negotiations had taken place at Domus Sanctae Marthae around Christmas 2018. On that occasion, the Pope shows up, greets Torzi, and takes a picture with him, a circumstance confirmed, among other things, by the Vatican Tribunal in an official response to the Associated Press.

Three details that leave a question in the background: how much did the Pope know?

Pope Francis had asked Milanese to negotiate with Torzi and close the matter “with the right compensation” – these are the words of Milanese, on the record, on the Italian TV program Report.

In the same way, Pope Francis is always informed of all the steps of the operation. Still, he immediately trusts a complaint made by Mammì, questioning a million-dollar operation that he has followed in detail. Why? And did the Pope know that Mammì did not enjoy the trust of Peña Parra?

In the end, Pope Francis seems to have espoused an exact thesis when, however, for at least two years, he had behaved doing the opposite. Indeed, the Pope had shared the desire not to start a formal legal process in order to protect the reputation of the Holy See.

At this point, other questions need to be asked. Why did the Secretariat of State appear as a civil party if all it did was defend the investment? Why is APSA a civil party, considering that the management of the funds was transferred to it only after these well-known events? Why was the Information and Financial Supervision Authority added to these civil parties? Rather, the latter suffered when its leaders were beheaded, not when it blocked the first operation of the Secretariat of State and then advised how to move to conclude the procedure while remaining within the limits of legality.

Who knows if Peña Parra will eventually agree to testify. But, of course, the trial has become something different, more about an attack on some old Vatican world than a will to do justice. Pope Francis personally intervened in the process with four rescripts, four emergency laws to give full powers to the Vatican judiciary.

Why, in the end, was the Pope so involved in this process?

These are questions in the burner as the process goes on slowly. These questions also reflect on the pontificate. To the extent the Pope did not know, he keeps himself out of any responsibility. But, from a legal point of view, if the Pope knew everything, there could be no crime. So this, too, is food for thought.

3 Responses to How involved is Pope Francis in the London trial case?