Pope Francis and a new private secretariat Pope Francis, and the Church future that is already in place

How Pope Francis is changing the Curia – and the institution 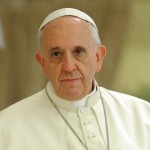 Last week, Pope Francis appointed the layperson Máximino Caballero Ledo as general secretary of the Vatican Secretariat for the Economy, which is a sort of Vatican vice-minister for Finances. There are two ways to look at this decision.

The first: Pope Francis is carrying forward the “professionalization” of the Curia and picking laypeople for critical positions, based on their competences. In this sense, it is noteworthy that the Pope appointed another layperson, Fabio Gasperini, as secretary of the Administration of the Patrimony of the Apostolic See, the so-called “Vatican central bank.”

The second: Pope Francis is placing his trust in just a few people. This trust is not just about the cv of the people (though it is not secondary) but is instead based on personal relationships.

Máximino Caballero Ledo’s profile matches, in the end, both of the categories. A top manager of Baxter Healthcare Inc., a pharmaceutical company based in the US, Caballero Ledo has lived in the United States since 2007. He is a Spaniard, and he specialized on Economics at the Opus Dei run IESE school in Barcelona.

Caballero Ledo is the archetype of the committed Catholic in business, and with a certain success. He took responsibility for the financial branch of Baxter Healthcare after he had worked in the financial sector in many countries and several companies. His task in the Vatican will also be that of re-organizing the Vatican finances, which are now facing the problematic post-COVID 19 crisis scenario.

At the same time, Caballero Ledo is a long term friend of Fr. Juan Antonio Guerrero Alves, the prefect of the Secretariat for the Economy. He immediately explained that in the first interview he granted in his new capacity to Vatican News, the institutional Vatican news portal. “Fr. Guerrero and I – Caballero said – grew up together, our families have been friends for the longest time, and we were very close until university. Since then, life took each of us to different things, but we never lost touch.”

Caballero Ledo was included in the shortlist of the possible new Vatican “vice-minister for finances” a long time ago. The new secretary will replace monsignor Luigi Mistò, who ends his five-year term as number two of the Secretariat for the Economy. Pope Francis is willing to strictly apply one of the new norms of the Curia reform: no Vatican official can be in a position for more than a 5-year mandate, renewable only once.

Pope Francis’ decision not to renew many is bringing about a general shift in the Roman Curia. This is food for thought. On the one hand, Pope Francis does not want strong posts within the Curia that people may seek to climb, at the expense of their own faith. He wants to avoid careerism and for this reason, no mandate is eternal.

On the other hand, Pope Francis’ decision to have only 5-year term positions risks its being unhelpful to the institution. The Holy See reasons in eternity perspectives, and there is no possibility to make long term projects in a five-year term. In five years, there is not even the time to learn the Vatican modus operandi.

In the end, there is the risk that the people at the helm of the institution are not even able to defend the institution. They are also prone to accept some of the harmful narratives on the Holy See and to spread them since they do not know the implications and the stories behind some decisions. It will always be more common to hear people of the Holy See attacking the Holy See. Does the Holy See need to be entirely changed? Or is it that this is the only thing that people want to show about the Holy See?

We cannot underestimate the possible consequences. At the beginning of the pontificate, Pope Francis himself criticized the Curia with some allegations – the now-famous “maladies of the Curia,” but not only those. During that time, the Pope hired some external consultants, and the consultants were not shy in saying that the Holy See had to be reshaped. Also, they exploited the Holy See for their own interests.

While facing this situation, Pope Francis increasingly sought to pick his first collaborators among his more trusted people. Not people of the Curia, nor external consultants. Generally, people coming from outside that the Pope already knew, or people that the Pope friends’ recommended.

Some could maliciously say that Pope Francis turned back to the “policy of the magic circle.” That is: whoever is part of the Pope’s magic circle will have all the odds to get a position, even if he is not the best choice for the job.

It is nothing new for the Vatican. The Popes always chose people they trusted, and very often, the people in top rank positions fell in disgrace when the pontificates or the balances of power changed.

There is more. Before, trusted people had titles and positions that went with it. A bishop had to be at a bishop’s post, and this was not questioned. Now, rather than the appropriate title, you need an alleged competence, no matter if you fit the position. The skill is always something vague. It does not elevate the profile of an institution. If the posting is going to be no longer than five years, the competence might not be enough to do the job.

This system undermines the “hidden Vatican,” which is always there. It is the Vatican made of skilled priests and officials, who want nothing but to serve the institution. They are there, they move in tiptoe, and they find themselves struggling with bosses who come from different worlds, do not speak the Vatican language, and stay there for only five years.

So, the pursuit of professionalization is endangering the Vatican’s real professionalism. This is the end of an era, as evidenced in Pope Francis’ practice to rotate his private secretaries. We will see how long this end of an era will last.