Is the “missio ad gentes” still a priority for Pope Francis’ Church? 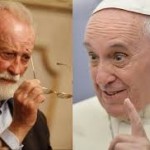 That Pope Francis is very attentive to the dialogue with non-believers is clear from his most recent conversation with Eugenio Scalfari, the founder of the Italian leftist newspaper “La Repubblica”.  Scalfari, a self-proclaimed atheist, who even wrote a book entitled “Me and God”, on his being a non-believer. The conversation published by “La Repubblica” on July 16 – which was partly downplayed and its content clarified by Father Federico Lombardi, director of the Holy See Press Office – also showed that what the secular press think about him is very close to Pope Francis’ heart. This is ultimately the original sin of the cardinals’ general congregation which led to the election of Jorge Mario Bergoglio, the Pope who came from the end of the world.

Among Pope Francis’ inner circle, some of his friends underscore that there is a precise meaning in Pope Francis’ use of his «end of the world» origins from the very day of his election. These words were aimed at revealing Pope Francis’ intention to dismantle the Papacy the way it has been conceived, its image, even its authority. Taking its place would be a lighter way to be Pope, more private, more personal. Perhaps, this is a highly intellectual argument. Too intellectual if applied to Pope Francis, who is used to think practically. Probably, we have all misunderstood Pope Francis.

When he was archbishop of Buenos Aires, Jorge Mario Bergoglio insisted a lot on the need for the Church to be credible. His decision to be visible in the streets came from a need to show the Church in a good light. In a diocese discredited by the economic scandals he inherited from his predecessor, Cardinal Antonio Quarracino, and in the verge of an economic crisis which was going to shake Argentina, Archbishop Bergoglio understood that the Church had to steer clear from the dynamics of political power. Better to stay out of the discussions, to harshly address to the lawmakers, and to reach out to those who are generally suspicious of “ecclesiastical power”. A Church that takes positions able to arouse people’s emotion and trust. On this light – and this example – Jorge Mario Bergoglio has built his fame.

A fame that came up at the 2005 conclave, when Bergoglio’s candidacy was conceived to create a cleavage in the party that was pushing for Joseph Ratzinger’s election. Bergoglio was not deemed a progressive liberal – he has never been one – but he was certainly considered the right man to freshen up the Church’s image. Perhaps in order to follow on the trail of the “Pope lads” that rose under John Paul II. In 2005, the cardinals chose Ratzinger, i.e. a cultural positioning in the world, in addition to religion. Cardinals chose firmness in faith and intellectual vitality. Eight years later, shocked by Benedict XVI’s renunciation, unable to go beyond the opinions of the secular world, cardinals sought someone able to revive the popularity that the Church enjoyed under John Paul II.

This is the original sin of the cardinals’ pre-conclave meetings. Discussion were not about big issues, with the exceptions of some speeches. They were all dealing with exasperatingly practical issues, like relations with nuncios, or the reorganization of an underperforming curia. Above all, discussions were about how to revive a positive image of the Church, given that the secular media were emphasizing its scandals.

Jorge Mario Bergoglio was not only the cardinal who called for going to the peripheries and to restore missionary zeal. He was the cardinal of credibility, the man who joined demonstrators in the public squares, standing with his compatriots who were victims of the crisis, protesting against an administration that had increased inequality. The archbishop of Buenos Aires was talented and crafty, and a good communicator who lead by example.

Bergoglio knows all of this. He knows that the cardinals’ mandate was precisely that of re-organizing the Curia, and establishing new, positive relations with the secular world.

Hence, the decision to have a dialogue with Scalfari, a pundit in Italy (but certainly less known  outside of Italy, as there are many other, better known, atheist intellectuals). Scalfari represents the secular world, ready to put in the Pope’s mouth all the things that they think the Church should say: The Church must modernize, must change, must admit its sins, must open up. The Church is medieval, the Church’s structure must be modernized, the Church must be Franciscan and not wealthy… The secular press always raises these issues, hoping to undermine the authority and authoritativeness of the Church’s teaching, focusing on its weaknesses and trying to diminish its influence in the world.

On the other hand, while writing about the Church and attributing to the Pope words thatthe public  is receptive to hear, Scalfari increases Pope Francis’ popularity. In his first “interview”, Scalfari attributed to the Pope a very harsh statement about the Roman Curia: «It is the leprosy.» In the second interview, the most recent one, Scalfari wrote that Pope Francis had said that «there are solutions for priestly celibacy, and I will find them,» and that «among pedophiles there are also bishops and cardinals.»

In the first case, Father Federico Lombardi had to explain that the interview might had reflected the spirit of Pope’s words but it did not report the Pope’s actual words. Scalfari himself later admitted that «I listen to a person, try to understand what this person has to say, and then I write it down with my own words,» without a recording device and without attempting tobe exact in describing an idea.

In the second case, the same Lombardi had to point out that the words attributed to Pope Francis’ as part of the conversation might be a «manipulation for naive readers,» underscoring that Scalfari was not new to this approach.

Since Scalfari was a repeat offender, Pope Francis might have made a deliberate decision to speak with him. In the end, Pope Francis knows that Scalfari will write what everybody wants to hear about the Pope and the Church. And a little manipulation may be a calculated risk which can be helpful for the mission.

It worked, from a communications point of view, as has the rumored hypothesis of an encyclical on ecology written together with the Orthodox Patriarch Bartholomew; the wish for a trip to China and the opening-up of the Asian continent (Pope Francis will go to Asia twice in six months); and a renunciation of worldly things.

While the Pope is committed in his personal dialogue with the world, the Curia reform has proved to be something very different from what everybody though. It is an internal reform for an internal functionality, all based on the notion of efficiency according to an efficientism that Pope Francis himself warned all to be on guard against. Efficientism is in the end something deeply worldly.

The reforms are re-designing the Church’s structure as if the Church was a Non-Governmental Organization. Missing are the Church’s prophetic mission and language. When the Pastor Bonus – the last Curia reform – was being discussed, there were also discussion about how every term, every structure had to serve to present the Church to the world, since structures are needed for mission. Now, structures are conceived as useful for self-sustainment, and the managers seem more important than the missionary push.

Thus, in Italy, the missionary magazine “Ad Gentes” quit publishing, and in general the core of the Christian experience, i.e. the cornerstone that is the announcement of the Gospel and Jesus Christ, is lost, out of sight. Paradoxically, while the Pope speaks a lot about mission, the sense of the mission has been lost.

Perhaps Pope Francis thinks in all honesty that speaking with Scalfari, getting to know what do people on the other side think, would provide him with deeper insights. It is something worth running the risk of some manipulation, if this would help him to make a right decision. This approach, however, baffles the Pope’s own team. There is now a parallel Curia, made of several super-structures and (even non official) consultants, that in the end is better able to make decisions than the official curia. The very Secretariat of State is left in the dark when it comestothe Pope’s decisions and designs, it does not know what Francis is going to do until the very last moment.

This uncertainty creates a strange atmosphere, similar to that at the end of a pontificate. Everybody is trying to position themselves and to hold on to some posts, or at least not losing them all. This is paradoxical as well: the decision to streamline the Curia with the unique aim of making it efficient risks to push careerism forward. Just like Prohibition led to an increase in alcohol consumption. Perhaps, this was one of the reasons why Benedict XVI, after he had initially tried to streamline the Roman dicasteries, chose to restore the old dicasteries, starting from the Pontifical Council for Interreligious Dialogue, yet giving them precise tasks. The final goal was to build more collegiality, and to diminish personal envies.

A careerist Curia, yet if whipped by Pope Francis words, always put evangelization at risk. The Church, it seems, is now looking inward, to its internal consistency, and less outward, to its presence in the world with the strength of truth. Image is more important than substance, the medium more than the message. This is a discourse that Pope Francis seems willing to admit, when he accepts to run the risk of having a conversation with Scalfari. If this will lead to Scalfari’s conversion, only history will tell. The real question is whether this choice helps the mission of the Church or not.