Is Pope Francis at risk in the Vatican London trial? Pope Francis, why the issue of abuse is crucial for him 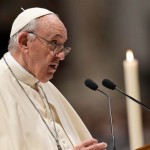 As rumors about the next consistory, the reform of the Curia, and the new appointments to the Vatican spread, Pope Francis has simply slowed down the reform process, leaving everything to be determined. The latest move was to appoint Archbishop Giacomo Morandi, secretary of the Congregation for the Doctrine of the Faith, as bishop of Reggio Emilia, starting an actual curial domino effect. Of all subsequent transfers, however, there has been no news yet.

Not that this is new. Pope Francis has always tried to keep his decisions to himself, not to be influenced by anyone, but rather to use all the information available to him and then decide freely. Even the appointments of the new cardinals have never been discussed, and therefore have hardly been guessed. Pope Francis used to simply give the sheet with the list of new cardinals to the master of ceremonies before the Angelus, folded and closed, asking the master to pass it back to him at the end of the prayer.

This is the paradox of the synodal Church desired by Pope Francis. A Church in which listening processes multiply, but in which crucial decisions are then taken only by the Pope. It is the prerogative of the Pope to do so, and no one disputes it, but one cannot fail to notice the slight contradiction between what is proclaimed and what is instead happening.

Then, the Pope established a commission to study the possibility of a female diaconate. This was a way of not saying “no” to a specific request, but at the same time not to follow up on it, as was demonstrated by the fact that the commission was made up mostly by conservatives. The question was then reiterated to the Pope, who, in the face of new pressure (including from public opinion), simply set up a new commission.

Therefore, there is the famous question of the responsum of the Congregation for the Doctrine of the Faith, which stressed that it was not possible to bless homosexual couples. Nevertheless, the Pope had given the okay to the text, which among other things, had a very pastoral profile. After its publication, there was some criticism, and the Pope took a more “moderate” position at the Angelus on the Sunday following cooperation Sunday, speaking of compassion and acceptance.

The Pope’s words have thus allowed the media that most want to promote the image of a “gay-friendly” Pope to present him as, in reality, a victim of a conservative tendency in the Congregation for the Doctrine of the Faith.

A narrative that had returned in recent days when Pope Francis decided to give the secretary of the Congregation for the Doctrine of the Faith a new appointment. However, looking for an ideology behind Pope Francis’ decisions is probably wrong.

The Pope is not a man of ideologies. He is a man of power. The history of the various commissions is an example of how the Pope, in the end, hides what he thinks, avoiding taking a clear-cut position. If he does, he only does it for matters that are important to him. The opportunities, however, were few.

For this reason, the transfer of Morandi should probably be seen as the Pope deciding to begin a generational change that will affect all the key dicasteries. Morandi was first on the list because he had finished his mandate and because there was a diocese ready, that of Reggio Emilia. Soon it will be the turn of Cardinal Luis Ladaria, Prefect, who has passed the retirement age (he will turn 78 in April).

During the first six months of this year, the leadership of the Congregations for Catholic Education (which will include the Pontifical Council for Culture), for the Bishops, and for the Oriental Churches will follow. Also worth paying attention if there will be changes in the leadership of the Congregation for Institutes of Consecrated Life. Cardinal Braz de Aviz has passed ten years at its presidency (two terms of five years) and turns 75 next year.

It is even possible that, once all the mergers have been defined, the Pope will reset all the leaderships with the new apostolic constitution. This has already happened, for example, with the Dicastery for Promoting Integral Human Development: Cardinal Peter Turkson was not confirmed at the end of his five-year term. With him, the two members of his staff, secretaries, with expiring mandates like him, were also sent away. And so, the leadership of the dicastery has gone in the interim to Cardinal Michael Czerny, who was already undersecretary for Migrants and Refugees and who will apply the same leadership approach there.

It is striking how these decisions take place. Cardinal Turkson, whose term had just expired, did not even concelebrate the Mass of the World Day of Peace with the Pope, despite being the Prefect who presented the last message. The other two secretaries of the department were not confirmed, without an explanation. And then, other small internal movements go in the same direction. One is the decision to send Archbishop Patron Wong, delegate for seminaries of the Congregation for the Clergy, to a Mexican diocese.

These are all signs of changes in a sphere of reality that remain hidden. The Pope does not want his next moves to be known. However, everyone is waiting them.