Pope Francis, a Change of Pace for Vatican Diplomacy and Curia Reform? 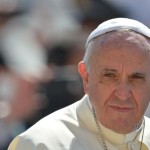 Pope Francis’s decision to appoint Archbishop Savio Hon Fai Tai as Apostolic Nuncio to Greece is perhaps a signal that one of two things is happening.

On the one hand, the decision to appoint the current Secretary of the Congregation for the Evangelization of Peoples as a nuncio, leaving vacant for now the Number 2 post in the Congregation, would lead one to think that the Congregation is going to be reformed. But at the same time, the choice to send the highest-ranking Chinese official in the Curia to a peripheral post demonstrates a decision to change the approach to China.

There are clues to support both hypotheses, though it is difficult to think that Pope Francis distrusts Archbishop Hon, since he had earlier sent him as Apostolic Administrator to manage a difficult situation in Agana, Guam, whose local bishop was charged with sexual abuse.

The issue of Curia reform is still open. During the last meeting of the Council of Cardinals, the possibility for reforming the Congregation for the Evangelization of Peoples, better known as “Propaganda Fide”, was  discussed. One idea is to merge the Congregation with the Pontifical Council for the Promotion of the New Evangelization.

This merging would entail a rationalization including the management of Catholic shrines, which Pope Francis in a motu proprio recently entrusted to the Pontifical Council for the Promotion of the New Evangelization.

If this happens, Propaganda Fide will undergo a change in structure. Although this change would not touch the top positions, it has already affected the Number 3 post in the dicastery, that of Tadeusz Wojda, who was appointed Archbishop of Bialystok in Poland. His post was vacant since September 28, when the Holy See announced that the new undersecretary will be Fr. Ryszard Szmydki, President of the Pontifical Mission Societies.

Does the lack of a Secretary in the Congregation in some ways signal anticipation of Pope Francis’s choice, or does it represent a part of a wider restructuring of the missionary dicastery? Only time will tell.

Certainly, it is noteworthy that the missionary dicastery lost two of its main officials involved in the dialogue over China. Msgr. Wojda was part of the Holy See negotiating team that is talking with China about the recognition of bishops, and some observers noted that his absence from the table – which also includes Msgr. Antoine Cammilleri, Vatican Undersecretary for Relation with States – is also due to the need not to annoy the Chinese Communist ruling party with the presence of a member that hails from Poland, a former Soviet-sphere country.

Although Archbishop Hon’s departure from Propaganda Fide’s team and assignment to the nunciature in Greece places him in a prestigious diplomatic post, it does not involve him in any of the topics that he worked on in the past, and mostly implies the management of a difficult dialogue with the conservative Greek Orthodox Church.

What does this appointment mean? Certainly, Archbishop Hon was not among those who took a soft line toward Beijing. Appointed Secretary of the Congregation for the Evangelization of Peoples in 2010, and considered a sort of “godson” of Cardinal Joseph Zen Zekiung, Archbishop Hon was also among the writers of the blog “Essere cattolici in Cina” (Being Catholics in China), which also published a Q&A on the canon law consequences of the illegitimate ordinations of Chinese bishops. Bishop Hon was also the editor of the Chinese translation of the Catechism of the Catholic Church.

Under Pope Francis, the dialogue with China started again when it had been stalled for years after the Beijing government authorized three illicit ordinations between 2010 and 2011. Among the issues on the table is an agreement with Beijing on the appointment of bishops. The agreement has been defended by Cardinal Tong, and strongly criticized by Cardinal Zen.

Neither Cardinal Zen nor Cardinal Tong are currently leading the Hong Kong diocese. Bishop Michael Yeung was appointed bishop of the diocese on August 1, and he has shown more moderation in taking a stance.

Interviewed by CNA, Bishop Yeung stressed that the Chinese Patriotic Association – the government association under whose umbrella all the Catholic bishops are supposed to operate – was created by the National Congress of Chinese Catholic Representatives (NCCCR), an organization founded to supplant the Bishops’ Conference of the Catholic Church in China (BCCCC). Yeung commented that, “The very existence of these three entities, their composition and their relationships among themselves and with the Church are presumably all part of the challenges to be met in negotiations between the Holy See and the Chinese administration.”

These challenges are not new. Pope Benedict XVI already faced the issues in his 2007 Letter to the Catholics of China.

Pope Francis took the same position, with some slight adjustments. But these adjustments led him step by step to change the team working on relations with China, looking for an agreement that still needs time to be ironed out.

These are the signals that come from an unexpected appointment like that of Archbishop Hon as nuncio to Greece. The appointment, in the end, shows that Pope Francis is working out a certain change of pace in managing those dossiers very close to his heart, like China, and in managing issues that seem to be stuck, like Curia reform which seems too far off ever to be accomplished.

One Response to Pope Francis, a Change of Pace for Vatican Diplomacy and Curia Reform?