Pope Francis Rules Whereas Paul VI Reigned. Does the Vatican need a ruler or a king? Pope Francis, the Latin American paradox

Pope Francis, a change of pace in the pontificate? 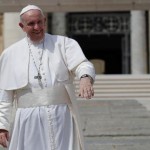 Pope Francis has no scheduled commitments this week. He was supposed to be outside of Rome to participate in the Lenten Spiritual Exercises for the Curia, but he caught a cold and stayed at home. There will be no activity in the Vatican, either. It might be a good break. After Querida Amazonia, the pontificate migh be experiencing a change of pace.

To put it in concrete terms: those who have always considered Pope Francis’ pontificate as a watershed toward something new, likely on doctrinal issues, might decide to look elsewhere, and so Pope Francis will have to re-frame his pontificate.

Not that the possible innovative pushes of the pontificate are over. Cardinal Oscar Andrés Rodríguez Maradiaga, one of Pope Francis’ main collaborators, calmed everybody down. In a conference held at the Theological Faculty of Turin, the cardinal said that the Synod on Amazonia is not over. According to Cardinal Rodríguez, Pope Francis just dodged possible resistance.

However, there is a great deal of disappointment about the post-synod exhortation Querida Amazonia, which turned out as an exhortation on Pope Francis’ dream for Amazonia, rather than an exhortation to address some doctrinal issues.

Benedict XVI pointed the finger at a self-referential Church, in love with its effectiveness, and at the same time far from Jesus Christ and the announcement of the Gospel. The now Pope emeritus also shed light on the providentially of the secularizing trends. The secularizing trends attacked the Church and stripped off the Church of its secular power, and so they allowed the Church to become less worldly, less linked to its structures.

All of these themes have resonated in Pope Francis’ words, since the beginning. Only those not familiar with Benedict XVI views could find Pope Francis’ calls against worldliness and self-referentiality as groundbreaking.

Despite all of this, a robust ideological agenda was built around Pope Francis. The agenda pushed for doctrinal changes that have not taken place so far.

The conclusions of Querida Amazonia touched on the agenda orchestrated for, but without, Pope Francis, in particular, the progressive agenda that developed in Germany and Austria. Leonardo Boff, the most famous Liberation Theologian, had studied in Germany. Hans Kung, who advocated the abolition of Papal infallibility, is a Swiss who developed is research in the German university of Tübingen. Bishop Erwin Krautler, emeritus of the prelature of Xingu and a strong supporter of women ordination, is an Austrian naturalized as Brazilian. Cardinal Claudio Hummes, one of the architects of the Synod, has German origins.

It is no surprise that German bishops launched a Synodal process to talk about celibacy, sexuality, and abuse of power, intending to make binding decisions, even at a “Roman level.”

This is what Fr. Hans Langendörfer stated. Fr. Langendörfer has been the secretary of the German Bishops Conference for 24 years. He is considered one of the main supporters of the progressive agenda of the Church in Germany.

Fr. Langendörfer decided not to run for another term. His decision followed that of Cardinal Reinhard Marx, who will not run for another mandate as president of the German Bishops’ Conference.

This generational shift will have a substantial impact. The Synod of Germany is continuing. However, Pope Francis, from the outset, warned against carrying forward the Synod as it was outlined. A letter by Cardinal Marc Ouellet, prefect of the Congregation of Bishops, along with a note by archbishop Filippo Iannone, president of the Pontifical Council for Legislative Texts, emphasized that the German Synod could not be valid in those terms.

Finally, Pope Francis sent a letter to the marching people of God in Germany. He set the priorities of the Synod on evangelization, urging all to avoid the temptation of “reorganizing things” when facing “problems and shortcomings”.

Pope Francis’ words warned, in the end, about the temptation of functionalism. This is another main theme for Pope Francis. Despite these loud and clear statements, Pope Francis’ pontificate was filled with expectations for doctrinal or theological changes that have not materialized, or have done so in unexpected ways.

It is, in the end, clear that the only solution to the crisis of the Church is the one Benedict XVI had already identified: to return to God and to return to the joy of the Gospel. Pope Francis’ first exhortation, considered the guideline of the pontificate, is entitled “The joy of the Gospel”. Yet only a few have internalized this call to joy.

Given all of this, Pope Francis’ pontificate is either being misread, because too often it is interpreted through the wrong schemes and lenses; or is unable to explain itself, thus generating expectations that cannot be met.

While Pope Francis is about to celebrate his seventh year of pontificate, a change of pace is in the offing. By the end of this year, everything will be different: many heads of Vatican dicasteries will retire, the Curia reform will be complete, and Pope Francis will have most of his men in commanding positions.

Now, Pope Francis has to decide whether to communicate this change of pace following the secular agenda or communicate it with a broader perspective. A more Catholic perspective, I would say.

6 Responses to Pope Francis, a change of pace in the pontificate?