Pope Francis: How the Narrative around Him Was Constructed Synod of Bishops: Which position will the Pope take?

Pope Francis: A Church 200 Years Out of Date 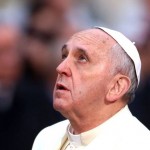 Benny Lai, dean of Italian Vatican-watchers, during the last years of his life always insisted, “It’s not my Vatican anymore.” Lai – accredited since 1946 – especially missed the sense of symbols, the importance of gestures, the theological depth. Benny Lai was not a believer. But he grasped the core issue at the root of Vatican decay. Under Pope Francis this issue has grown and is headed toward a breaking point. But in fact it already existed during previous pontificates.

The difference is that previous pontificates stemmed it. The idea of a Church bereft of theology has been supported by media for some time. But the Vatican has been able to focus everything back on the Gospel, since theology still remained the main criterion on which every activity was based. But working through their agenda, Pope Francis’ supporters have as their main goal to change the Church’s theology.

This goal becomes clear when one reads the talks given at the so-called “shadow synod,” which took place at the Pontifical Gregorian University on May 25. It was a gathering of members and consulters of the French, Swiss and German bishops’ conferences. The meeting was closed to the public, but some media representatives were invited as long as they agreed not to write anything about the discussions, and not to mention the names of the participants.

The final goal of this meeting seemed to be the production of a theological document concerning the upcoming Synod on marriage and the family to be published during Pope Francis’ trip to the United States. However, in the end the publication of the document was moved up. The German Bishops’ Conference published the texts of the talks and a summary of the discussion that followed them on its website in German, French and Italian.

The texts reveal what the discussion at the upcoming Synod will look like. But more importantly, they allow us to understand what kind of direction the participants want to give to the Church.

During the 2014 Synod, one factor derailed the controversial mid-term report that was strongly unbalanced on issues such as the recognition of same-sex unions and access to Communion for divorced and remarried Catholics. This factor was the lack of biblical and theological references especially, but not exclusively, in the relevant paragraphs.

The Synod’s final report nevertheless includes the controversial questions, thanks to Pope Francis’ decision to incorporate in it even those paragraphs that did not receive the Synod’s consensus (that is, a supermajority of two-thirds of the assembly). But it also contained many biblical and theological references, the only passages to have gained an almost unanimous consensus.

The working document for the 2015 Synod once again includes the controversial issues. The paragraphs that received the fewest votes at the 2014 Synod are back in their entirety in this document. Moreover, these paragraphs are once again the point of departure for those whose attempts to bring about change failed during the last Synod.

What is their final goal? By looking closely at the German, Swiss and French texts from the “shadow synod,” we can see that they are pushing in the end for a theological revolution. Specifically they are looking for a path from a theology based on Scripture and on the need to seek for salvation on the basis of the Word God, to a theology that takes into account human imperfections. Briefly put, this is their rationale: given that what the Gospel asks for is an ideal that men are not always able to achieve, let’s change the ideal.

The participants at the “shadow Synod” sought to give this rationale a theological foundation, recognizing that theology was lacking during the “blitz” at the last Synod. The mid-term report was deeply altered by Pope Francis’ consulters before it was returned to Cardinal Petr Erdo, General Relator of the Synod.

This theology is based on the presupposition that the reality of the human being is determined by what human beings say about themselves, that is, their experiences. Is this the right way forward?

This question undergirds each of the interventions in the “shadow synod.” Each of them has a common point of view: a clear “no” to a “merely abstract theology,” a position that was already indicated in the guidelines and questionnaire of 2015 Synod under the theme of a form of pastoral care distinct from doctrine.

A glance at some of the texts helps us to understand better. Anne-Marie Pellettier, a French theologian who also won the Ratzinger Prize for theology, opined that “the Catholic tradition on indissolubility is actually based on a disciplinary interpretation” of Matthew 19 (“Moses permitted you to divorce your wives because your hearts were hard”), but this text has “a kerygmatic content” which is that “the conjugal bond, in the terms Jesus expresses it, is strictly linked to the vocation of those who, with baptism, will be immersed in Christ’s death and resurrection.” The French theologian stressed that some of today’s challenges come from the fact that “the Catholic Church never ceased to uphold firmly the principle of indissolubility,” while customs widely dismissed it. In fact, she concluded, “conjugal life has more hurdles than those admitted by the theology of marriage.”

A push for a renewal of the theology of marriage was advanced by Eberhard Schockenhoff, one of the most influential persons in the German Church. He stands behind all the sociological presuppositions that have influenced German theology, mostly imbued by the leftist association “We are Church”.

Schockenhoff offered a materialist reflection, one that pivoted on the difficulties of modern life, and he generously sprinkled his thesis with quotations from the psychoanalyst Erich Fromm and the Marxist sociologist Theodor Adorno.

In his remarks, Schockenhoff stressed that “one must admit that love may end,” because the “irrevocability of the choice of marrying is based on what love wants,” and indissolubility is instead “a request that spouses look after each other as long as they trust in their love.” In the end, he said, personal conscience holds the primacy, with all of the nuances of truth.

What, then, is the truth for which we ought to strive? A contribution on “narrative theology,” or better a “theology of biography” by the Jesuit theologian Alain Thomasset suggested that truth is not singular, but multiple.

“The interpretation of the doctrine concerning “intrinsically evil” actions is seemingly one of the main obstacles to the pastoral care of families, as it determines the rejection of artificial contraception, of sexual relations between divorced and remarried persons, and of even stable homosexual couples” he said.

This doctrine, Thomasset affirmed, “seems to be incomprehensible to many people and pastorally counterproductive,” and so more discernment over a variety of situations has to be undertaken, because “the objective ethical references provided by the Church are just one item (an important one, but not a unique one) in the moral discernment that must be operative within the personal conscience.”

On the basis of these presuppositions Thomasset proposes an interpretation of human actions “within the context of the Catholic tradition,” that involves these consequences: that sexual relations between remarried persons would no longer entail moral guilt, and this “would open access to the sacraments of reconciliation and the Eucharist;” that sexual relations with use of non-abortive contraception between married couples “could not be considered an objective sin;” and that a reduction of the objective evil of sexual relations between stable homosexual couples be conceded, so that in terms of their sexual activity, “their objective moral responsibility can be diminished or even eliminated.”

The German theologian, Eva Maria Faber, then delivered the final blow to a theology based on truth. In her speech, she stressed that the Catholic tradition is focused on the way that spouses must live in common, but that this approach ignores the individual stories and the individuality of the spouses, while at the same time “the matrimonial promise points to an unforeseeable future,” and “the fragility of marriages today is more evident because the social indissolubility of marriage no longer exists, and so it is more challenging to have a successful marriage.”

In the end, the “shadow synod’s” remarks do not deal merely with the push for a more pastoral approach to marriage, but are mostly an attempt to detach it from the Church’s traditional teaching, on the grounds that it is too difficult to follow. In the end, these positions suggested an overriding need to fit in with the world, and to make the Church fit in with the world, all the more so by adopting the world’s (secular) language.

But the Catholic Church has its own vocabulary that is profound and precise, as it was established and elaborated over centuries of history, tradition and study. Words are not secondary, just as symbols are not.

At times Pope Francis has gotten this point. For example, in a meeting last week with big city mayors gathered at the Vatican to sign a declaration against slavery and in defense of the environment, the Pope wanted to clarify that the encyclical “Laudato Si” “is not a green encyclical, but a social encyclical,” and he explained that it is better to speak explicitly about God’s creation. This way, he corrected some of the encyclical’s misinterpretations, especially concerning his use of the notion “mother earth”.

In fact, the disorder caused by his use of terms is perhaps the real problem of Pope Francis’ pontificate. After his off the cuff talk, he was the first signatory of the Mayor’s declaration. The declaration referred explicitly to the United Nations’ Sustainable Development Goals, and it adopted the United Nations’ terminology.

If during the 80s, the hidden Vatican was able to insert a reference to “integral human development” here and there in various UN documents, nowadays the Holy See simply takes on board the UN’s vocabulary, and by doing so, it adopts all of the controversial positions on issues like the birth control and abortion that are discreetly embedded in such typical UN terms as “sustainable economy” and “sexual and reproductive rights.”

This change of vocabulary did not just happen suddenly under Pope Francis. For many years there has been an ever so slight movement toward this language, although Benedict XVI tried to stem it by focusing everything on the notion of truth – even Vatican diplomacy. Benedict XVI went even further – beyond the historical-critical discussion common to theology, as it interpreted and sometimes manipulated texts so that the Bible could say everything and nothing at once. With his three books on Jesus of Nazareth, Benedict showed a new way, a theological discussion based on the assumption of the Gospel’s historical veracity.

Today, the Church is back to the earlier, historical-critical discussion, and not by chance the German theologians, marginalized in the 90s for their daring positions, are back on the stage. On stage with these theologians are also issues such as the horizontal Church (non-hierarchical) and other similar positions from the 80s that corresponded at the time to the Media Council, the definition of which is one of the most important legacies of Benedict XVI’s pontificate.

What we are looking at now is a more secular Church that is taking center stage, one that uses secular terms. Benny Lai understood that this was the Church’s fate, since once the Church loses the capacity to speak with its own language, it loses itself. Structural reforms of the Curia and of finances are not enough, even though they might be functional, because what is needed on the ground is a theological way of thinking, and a theological ideal to reach for. As Cardinal Carlo Maria Martini put it, the Church is 200 years out of date. But not in the way that everyone thinks.

12 Responses to Pope Francis: A Church 200 Years Out of Date