Pope Francis and the Order of Malta: A Key to Understanding this Pontificate? Pope Francis’ incomplete reform 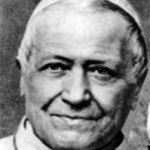 Marginalized, sidelined from history, increasingly made to play a part which is not that of the main character – as secularization increasingly envelopes the Church from the inside, attacks against the Church are coming more frequently from the outside, from the cultural world, following a campaign that began with the Enlightenment. Traces of this campaign could be found in the recent debate surrounding Amoris Laetitia, as Cardinal Gerhard Ludwig Mueller has noted.

The Prefect of the Congregation for the Doctrine of the Faith dropped this clue in an interview granted to the Italian ultraconservative magazine Il Timone. The main focus of the interview was doctrine, and just about everyone has tried to find within the lines of the interview answers to the dubia which theologians and faithful alike are struggling with after the publication of Amoris Laetitia. In fact, there is one passage of the interview that is of greater interest, as it goes back to the roots.

At one point the interviewer notes that doctrine has had “bad press” and is presented as a series of “legalisms”. The Prefect objects that “this bad reputation of doctrine is a legacy of 18th century rationalism. As reason pretended to understand everything of the world, albeit being impotent toward transcendence, faith was reduced to a mere sentiment valid for simple people. Faith is seen as a subjective judgment that comes about only after reason has recognized its limit.”

But the act of faith has its basis in reason, notes Cardinal Mueller. Faith – he says – is “a participation in God’s logos, and for this reason it is always necessary to underscore the rationality of the act of faith.” This was one of the themes Pope Benedict XVI loved the most, and probably also one of the reasons he had bad press. Arguing that faith is not an irrational act, but something which is part of the life of every man, is simply disruptive for a world that is built on rationalism and excludes faith, thus generating a human being unbound to transcendence – a man with no goals other that of living day by day.

So the campaign started with 18th century rationalism. In Italy, it brought about a process of national unification whose final goal was the conquest of Rome and of the Papal States. The era of Italian unification was later called Risorgimento, but it was in fact a movement about the seizure of Rome, as Angela Pellicciari, a prominent Italian historian, has pointed out in many books and especially in her Una storia della Chiesa.

In an interview granted to ACI Stampa, she explained that “the Papal States were the reference point for Catholics from all over the world. Both Pius IX and Leo XIII insisted on the importance of the pope’s temporal power. Temporal power was necessary in order to guarantee the libertas ecclesiae, the freedom of the Church, that is, the freedom of spiritual power. Pius IX wrote this in many documents: Catholics from all over the world would never have been certain of the current pope’s independence, and so of the actual independence of his Magisterium, if they had not the certainty that the Pope was free from the pressures of ruling princes.”

Pius IX, the last “Pope King”, affirmed that history had become “a plot against truth.” He is still a victim of attacks.

The latest of these attacks will be presented via cinema, as already happened last year. The Academy Award winning director, Steven Spielberg, is filming a movie on Edgardo Mortara’s story. Mortara was a Jewish, sick child from Bologna who, when in danger of death, was secretly baptized by a Christian maid whom his family hired illegally. Once his baptism was made known, he was separated from his family so that he could know the Faith into which he was baptized.

The story is often labeled as the “Pope’s kidnapping” of a member of a Jewish family, and the propaganda that lies beneath is very clear: the Church committed an anti-Semitic crime; the Pope abused his power, and baptizing children is an act of proselytism. These are the echoes of a propaganda that seeks to deprive the Church of its evangelical authority, and that could be glimpsed in two other movies last year.

However, facts need to be contextualized. Luca Costa, a professor of Italian language and culture in a French public school, graduated in law with a thesis in the history of law based on the Mortara case. He explains to MondayVatican: “If it is true that Edgardo was actually separated by his family against his parents’ wishes, we cannot say that this happened in a State with no law.”

And he adds that “the Church’s State was not an absolutist State founded on the Pope’s will, as many would love to make believe. The Church’s State was totally under the rule of law, and on the basis of law it safeguarded and respected human rights and freedoms.” Costa then notes that “unlike today, such fundamental rights and freedoms were not an outcome of the whims of the day or of the volonté generale, nor of political agreements in parliament. They were the outcome of a profoundly Christian culture and humanism.”

In order to avoid proselytism, the Papal States enacted a law that prevented Jews from hiring Christians and vice versa. That law was confirmed by Pope Pius IX, who was not anti-Semitic: he enlarged the Jewish ghetto in Rome, ordered the ghetto’s door to remain open and ended mandatory preaching to Jews. This was a lot for a State that before being a State was a Christian place, where the salvation of souls came before anything else.

And what saves a soul more than baptism and Christian education? One must keep this kind of faith in mind in order to understand the Mortara case.

It is because of this faith that Anna Morisi, the maid of the Mortara family, took the decision to baptize little Edgardo who was in danger of death. She did this clandestinely, telling no one about it. Some year later, she confided it to a friend, when another of the Mortara children fell ill. Fr. Feletti, the Head of the Inquisition (the Tribunal, not the one depicted in anti-Catholic propaganda) came to know this. He initiated a lawsuit, ascertained that the baptism was valid, and decided that Christian education should be provided.

Mortara’s family did not want this, and so Blessed Pius IX ordered that Edgardo be brought to Rome. “Given the political situation,” Costa adds, “the Pope knew that his enemies would exploit the Mortara case against the Church’s State. He knew what he would face on account of his intransigence.” His faith, however, brought the Pope to fight for the salvation of the souls.

Costa comments, “No matter how bizarre it may seem today, Edgardo was really a Christian, as his baptism was valid. Beyond that, the laws of the Papal States tied the sovereign’s hands: a Christian, every Christian, has the right to know Christ!! The right! There was no ambiguity about this, one need only glance at the law codes of that era. Pius IX wanted in the end to guarantee Edgardo Mortara the freedom to know what happened to him thanks to Anna Morisi. In order to guarantee such freedom, a sovereign arrives even at the point where his temporal power is brought into question.”

When the Risorgimento movements finally get to the conquest of Rome, everyone thinks that Edgardo will be given back to his family. Instead, he refused to go back; he had become a priest and committed himself to preaching the Gospel in many languages, and particularly to Jews. What about Fr. Feletti? He was tried for “kidnapping”, but the same tribunal pardoned him in spite of the fact that the trial itself “was not a memorable example of an ideal trial,” in Costa’s words, “as there can be no crime when the laws of the State law have been respected.”

Of course, today things would be different: the child would never be separated from his family and many additional things have changed. One cannot read the history of that time with today’s criteria. On the other hand, it is noteworthy that a Pope even placed his temporal power in jeopardy in order to respect a sacrament, with the inner conviction that a sacrament is given by God, not by man. It is also worthwhile to think about the faith of Anna. In the end, it was a world convinced that Jesus Christ was the only means of salvation.

It was perhaps this way of believing that frightened the secular world and became the root cause of anti-Catholic propaganda. In spite of the fact that such propaganda is continually debunked, it is always there. A recently published book, Bearing False Witness, by Rodney Stark, a sociologist who has been working for years to debunk false accusations brought against the Catholic Church. The book received strident criticism, but the critics cannot convincingly challenge even a comma of what Rodney Stark has written.

The real issue is that the cancer of anti-Catholic propaganda has seeped into the Church, whose members are often unable to look at the past with a detached viewpoint in order to distinguish human errors from the Church itself, and to understand how propaganda has created such a false image of the Church.

As the cultural world keeps on generating the narrative of a marginalized Church, there are churchmen who still think that the Church was actually in favor of slavery (it never was), and that the contemporary world, filled with new rights, is actually a freer world. This world, in the end, does not even permit people to live their faith freely, while all along ideologies win out over history.

This is how anti-Christian discrimination still remains even within Europe, as has been demonstrated by the Observatory on Discrimination and Intolerance against Christians.

It is often said that a world with less faith would be a world with less intolerance. But whoever says this does not look at just how intolerant is a world that is deprived of faith. This must also be food for thought before watching the personal viewpoint that Steven Spielberg’s film will give to Mortara case.

This is perhaps the reason why the Christian world is attacked, even targeted for crimes that cannot be tried, as happened under different laws in different times. The final fear is that Christianity will become even stronger in visible testimonies and faith.