Pope Francis, a Church under siege 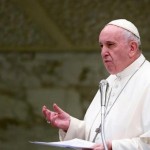 The veil of silence on the trial against Cardinal George Pell in Australia was broken by a very well known Australian journalist, though a non-believer. This journalist shed light on all the contradiction of the guilty verdict against Cardinal Pell. Andrew Bolt, in an episode of his Bolt Report on Sky News Australia, traced back step by step the routes of the alleged survivors, re-read testimonies and papers and arrived at a clear conclusion: “It is not only unlikely that Cardinal Pell committed the crime, it is also impossible.”

Cardinal Pell was sentenced to six years of imprisonment for a decades-old alleged sexual assault on two 13 years old boys. The accusation and trial is based on the testimony of one of these boys, now an adult man. The other one died. Before he died, he told his mother that the allegations raised against the Cardinal were false. There are no witnesses other than the survivor. However, based on the witness, the Australian court found the cardinal guilty. The Cardinal is already in prison, though there is an ongoing appeal.

The verdict, as customary in the Anglo-Saxon system, was confirmed on the first level of appeal by a jury composed of three justices. Two of them voted in favor of the guilty verdict, the other one voted against. This latter filed a 200 pages explanation to support his vote, shedding light on all the limits of the investigation.

The Bolt Report is not only important because it is a serious journalistic investigation. It is fundamental because it shows how public opinion can influence the trials.

Looking back to the routes, filming, and timing them, Andrew Bolt showed that Cardinal Pell couldn’t perform any sexual assault. The simple reason is that the Cardinal could not be in the same room with the two boys: he could not make it on time.

Andrew Bolt goes beyond. He stressed that prejudices could bias the verdict on Cardinal Pell. After he detailed why Cardinal Pell cannot be guilty, Bolt says: “Now you could say: how is it possible that is so easy and that justices did not see that, while you, a journalist, saw that? It is really simple, and this is the scandal.”

Bolt also lamented that “there are activists that attacked Sky while I underline the incredible issues raised by this extraordinary guilty verdict against Cardinal Pell. Damn it! Justice must count for something in this country! Each of us has to protest in this country when a man or a woman are imprisoned for a crime they cannot have committed. Think how Cardinal Pell can feel in his cell, covered with shame. But remember: if you were unjustly accused, you would be happy if there was someone defending you against the crowd.”

Bolt’s words echo Cardinal Pell’s statement. When he announced he was leaving for Australia to “clear his name,” Cardinal Pell said that he was the victim of a “character assassination.”

It really is. As there is character assassination against Cardinal Philippe Barbarin, archbishop of Lyon. Cardinal Barbarin was sentenced to a six-month suspended prison sentence for failing to report on sexual abuse committed by his priest. The conviction was unexpected. In 2016, the Lyon public prosecutor dismissed the case for insufficient evidence on some of the charges and on the grounds that the statute of limitations had expired for the other charges in question.

As there was a character assassination by Marek Lisinski. Lisinski was an alleged survivor of abuse and president of the Polish Foundation. “Do not be afraid”. On Jan. 20, on the eve of the Vatican anti-abuse summit, the foundation presented a forged report on violations of law by bishops in cases of abuse.

Lisinski was even able to meet Pope Francis at the end of a general audience, along with two other members of the foundations: the Polish MP Joanna Scheuring-Wielgus, of the liberal-libertine party ‘Now”, well known for her anti-Church stances; and Agata Diduszko-Zyglewska, a militant feminist with links to the extreme-left movement “Political Criticism” and an organizer of the Days of Atheism, that fights to abolish the teaching of religion in school. The media gave great emphasis to the audience and the meeting between Pope Francis and Lisinski.

But the media did not know that journalistic investigations conducted after the meeting – one by the journalist Sebastian Karczewski and the other from the liberal and anti-Church newspaper “Gazeta Wyborcza” – were going to disclose that Lisinski was not a real victim of a pedophile priest. He got some money on loan by a priest, Zdislaw Witkowski. Lisinski did not want to return the money, and so he falsely accused the priest of sexually assaulting him 30 years before.

These are all cases when media give shape to public opinion, and this public opinion can also touch the freedom of judgment of justices.

It is also striking that, when the allegations are revealed to be false and baseless, the media and even the Church stay silent. A single case of abuse is indeed a shame, but it is also true that it is a scandal to abandon an innocent cardinal who is the victim of a witch hunt because there is a need for a prominent scapegoat. This way, the scandal takes place with the silent complicity of cardinals and bishops and also of the media close the them. They are all scared by the media attacks they may be subjected to for the mere fact of daring to object to actions and superficiality that led to incrimination and guilty verdicts.

The Pell’s case is not just a mistake that also scrupulous justices can make. The Pell’s case is about a method that led to the assassination of the truth. Other examples of false allegations and guilty verdicts driven by public opinion could emerge.

Pope Francis is now leading a Church under siege. In a time of discussions of the Curia reform and focus on evangelization read through the lenses of political categories, the theme of justice is overshadowed. This is the original sin Benedict XVI underscored in his letter on abuse, to the Church of Ireland, in 2010. The lack of justice will not make the Church more popular. It will make the Church toothless. And this is what the enemies of the Church want.

4 Responses to Pope Francis, a Church under siege