By Andrea Gagliarducci On 1 novembre 2021 · 2 Comments · In Vatican 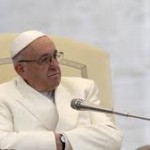 “Pope Francis did not create divisions. He inherited them.” It was with this lapidary affirmation that America, the Jesuit magazine, addressed the issue of the divisions following the promulgation of the Traditionis Custodes, the motu proprio of Pope Francis, which considers – Pope Francis explained it- the ancient rite in the same way as a different rite, thus applying all the rules for bi-ritualism.

Last week, then, Pope Francis promulgated the rules of application of the Magnum Principium, which shifted some competencies on liturgical translations to the conferences of bishops, in practice decentralizing the procedure. This is, too, a theme that has generated controversy. However, the decision was considered necessary to carry out the renewal program desired by the Second Vatican Council.

What remains is the reading that the Pope made in the Traditionis Custodes: tradition is used as an excuse to oppose the Pope and the Church, and then the Pope must guarantee unity even by making unpopular decisions.

Behind an apparent decentralization, there is, basically, centralization of powers in the hands of the Pope. He decides, even against any contrary opinion. He also takes the responsibility of being unpopular to steer the Church towards the path he deems correct.

The Pope does not hesitate to point the finger at the guilty when things don’t work out – and since the beginning of the pontificate, he has not been afraid to talk about the “diseases of the Curia,” the “terrorism of gossip,” the monsignors “clerics of state,” and various other expressions that sounded more like indictments than acts of healing.

That the Pope decides is nothing wrong. The Pope can do it, and he is called to do so because he is the ultimate guarantor of the unity of the Church. But it is striking that today the firm decisions of the Pope are defended by those who for years had instead contested the popes when they made firm decisions because they did not consider the collegiality of the Church. In the end, collegiality only works if we go in a specific direction. Otherwise, tough decisions are acceptable. Indeed, they are welcome.

America, in the end, is not wrong. Pope Francis has inherited deep and longstanding divisions. After the Vatican Council, the Church has not found a balance, shaken by public opinion and by a polarization of the debate also fueled by progressive secularization.

Paul VI tried, with all his might, to keep the Church in the Gospel, and it was, in any case, the Pope who most of all reformed the Church. John Paul II and Benedict XVI continued on this path. But, instead, both have cut through extremism and sought unity, giving space and a voice to everyone. And Pope Francis?

If Pope Francis inherited divisions, he certainly did not fail to feed them. He has created and undone commissions for the reform of the Curia, only to listen to no one and begin the reform before the Apostolic Constitution was ready.

In the eight years of his pontificate, we can already distinguish three different seasons of reform, all different from each other. What seems to be missing, beyond the various proclamations, is a unitary and shared project, which allows the Curia to renew itself and reorganize itself. Thus, there is a strong division between Pope Francis’s reform supporters and the supporters of more moderate and timely reform. The debate seems never to end, and the idea is that Pope Francis will eventually launch the project when it is not yet completed. This choice could create further division because incomplete but beautiful projects are criticized more than complete but ugly ones.

Foreign policy choices, for Pope Francis, are another battleground. The Pope is pragmatic, and he goes beyond contingent situations. Therefore, it is important for him just to start processes. Indeed, however, this approach led him to create unpleasant situations. Like when he met the Patriarch of Moscow Kirill in Havana, and a joint declaration came out that seemed more Russian than the Vatican, or at least too biased on one side. The Ukrainian Greek Catholic Church complained about this, which later became the Pope’s privileged interlocutor regarding the situation in the region, arousing the concerns of Moscow.

One could continue with the examples, but they would not change the substance of the reading of the situation. The fact that there are opposing criticisms or opinions is not new. All the pontificates have been, in some way, divisive, praised by some, and condemned by others. The fact that Pope Francis has inherited divisions is also factual. But few consider that these divisions are also fed, according to a modus operandi that is now established: it begins with a debate, and then those considered out of line are cut off through various gestures. Just think of the interpretations of Amoris Laetitia, and as the Pope indicated – with letters and personal statements – who he thought was right.

In the end, the pontificate of Pope Francis is divisive because the Pope wants it so. Pope Francis is not a manager but a person accustomed to commanding and commanding alone. Even the much-publicized push for synodality always ends with a decision of the Pope. And this is to be made clear, first of all. Pope Francis feels he is Pope to give an imprint to the Church. Therefore, he will not stop doing what he believes, against any obstinate and contrary push.