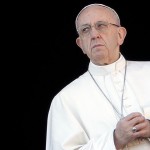 Besides Pope Francis’ trip to Romania, taking center stage last week were Mons Anthony Figuereido’s leaks about McCarrick – Figuereido had been a personal secretary to McCarrick – and the interview that Pope Francis granted to the Mexican television station “Televisa.”

Both the leaks of the “Figuereido reports” and Pope Francis’ answers are likely a new frontline for Vatican communication.

Monsignor Figuereido opened a website to make public McCarrick’s correspondence. He activated a secure email and also a discussion board. In his introduction to the documents and later in an interview on CBS, monsignor Figuereido underscored that he decided to reveal everything for the love of the truth, after he tried to share this information with Curia members, with no success.

Monsignor Figuereido also identified himself as a victim of abuse of power by superiors and said he became an alcoholic because of these abuses. He also says that he has now overcome his alcohol addiction.

The publication of documents on a dedicated website can be considered another frontline of the so-called Vatileaks phenomenon.

In the very beginning, confidential documents were sent out to journalists who were often considered close to the pontificate. The ultimate purpose of the leaks was to develop a competitive edge on some governance issue. It mostly happened during Benedict XVI’s pontificate. It was the first Vatileaks: it targeted men and situations, while it tried to safeguard the papacy.

The second phase of the leaks was slightly different. Documents were delivered outside of the circle of Vatican watchers. The aim was not to attain some competitive advantage but to attack the Vatican. These leaks led to the publication of books by journalists who often knew nothing of the work of the Holy See, and were full of anti-Vatican prejudices. They attacked the sovereignty of the Holy See. These journalists barely had Vatican connections.

The third phase of Vatileaks led to the Vatileaks trial in the Vatican. The attacks to sovereignty were still present. The leak was not just a consolidated habit. It became a regular tool to raise the pressure and exchange secrets to dismantle the Vatican world. It was an attempt to manage the Vatican by people who came from outside the Vatican.

The Figuereido report opened the fourth phase: everyone who has a document tries to exploit it and feels encouraged to do so. The papers published shape a narrative and reveal a specific goal by the leakers. It means that we cannot be sure that the documents published are the full story. If select papers were made public, why did the leaker select those documents and not others?

For instance, documents in the Figuereido Reports partially absolve McCarrick (McCarrick admits to having been imprudent in sharing the bed with seminarians, but he says he never had sexual intercourse) and at the same time show that information about sanctions on McCarrick disclosed by Archbishop Viganò in his testimony was correct.

Like Archbishop Viganò’s testimony, the Figuereido report is a partial story, seen from a particular perspective. What is told might be correct, but nobody knows if what is said is also all the truth. If it is not, why did they decide to show just that part of reality?

However, the Figuereido report might have opened a Pandora’s box, and other documents will be soon published. Leaks are encouraged, sometimes even awarded.

Not all the leaks are welcome, though, as can be understood by the interview Pope Francis granted to Televisa. As is his custom, Pope Francis did not refrain from answering questions.

Pope Francis spoke about the case of Gustavo Zanchetta, whom the Pope called to serve in the Vatican in a position tailored for him in the Administration for the Apostolic See. Zanchetta is now under investigation for alleged abuse. Pope Francis said there would be a sentence and admitted that he was aware Zanchetta was accused of authoritarianism and mismanagement, but also noted that an inquiry about his personality did not reveal any problems.

Pope Francis also spoke of the McCarrick case: he said he knew nothing about McCarrick and also indirectly lamented that Archbishop Viganò might not be credible (the Pope made an indirect reference to a trial on Viganò in Milan on family inheritance issues).

Pope Francis also spoke of the Chilean sex abuse scandals and said that he became aware of the gravity of the situation only when he came back from Chile, so he decided to send a special envoy.

Above all, Pope Francis asserted that he could act without having to explain step by step what he was doing.

In the end, there is no duty to transparency. There is a duty to justice, which is profoundly different.

The general discussion on these issues is instead mostly focused on transparency. Pope Francis asks everyone to speak out, with parresia (frankness).  The Pope often talks about the effect of the terrorism of gossips. This issue is real. The Pope, on the other hand, knows well that gossips are sometimes needed to understand what is going on.

As the Pope asserted confidentiality, the climate around him became tense. The smartest want to manage the flow of information, while the most loyal are trying to preserve the institution. The smartest grab the headlines.

This situation feeds a new generation of informants with no fear to come out into the open. The coming out improves their image. Media are at the end called to provide information and build stories, and the image of a character calling for transparency always works. Nobody ever asks why this person is asking for transparency.

For this reason, Vatican communication is called to a new challenge: that of protecting the institution from having to meet requests for transparency. Pope Francis’ interview to Televisa might be, and should be, the latest of its kind: it is too hard to manage communication when the Pope himself vaguely justifies or explains his choices.

The challenge with this new generation of informants is about changing the tenure of the questions. When there are leaks, the general problem is: is it cottect? The issue should rather be: why are they reporting about these facts? Also, which are the facts that were not told?