Pope Francis and the Vatican middle world he has not shed Pope Francis, towards 2021

By Andrea Gagliarducci On 7 dicembre 2020 · 3 Comments · In Vatican 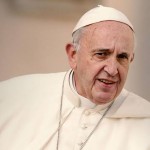 Pope Francis’ pontificate is now turning toward a new phase. The Nov. 28 consistory was both a watershed and a new impetus. For Pope Francis, this impetus should lead to the final stage of his project for the renewal of the Church.

Even people who know Pope Francis well cannot describe his renewal project in depth. They only say: “The Pope never thinks of today only. He thinks about the next ten years.” Pope Francis’ general plan can be deduced, though: the Pope wants a less triumphant and more pastoral Church. However, letting go of some triumphalism might lead to tearing down the institution without considering what was good in them. It is possible that, at one point, the Pope might understand the usefulness of institutional things he has destroyed. Rebuilding them is not that easy, though.

If this is the general view, in practice, Pope Francis made his vision concrete with trials and errors, without a real working plan. Even Fr. Antonio Spadaro, known as one of his closest interpreters, recently wrote a piece to explain that the pontificate has not lost its driving force.

What is this driving force about? There will be the Curia reform, first. However, the Curia reform completion will not be a crucial moment since Pope Francis has already put into practice many parts of the reform: there are already new and functioning dicasteries, other dicasteries merged, and the Pope is already letting people go after a 5-year mandate. There are exceptions, though. Things will be this way until the Pope does not shape things up definitively.

Beyond the Curia reform, the Vatican’s top ranks are experiencing a generational shift. This shift will mark the changes.

The creation of Fr. Mauro Gambetti as Cardinal was particularly striking. Gambetti was the exiting Custodian of the Sacred Convent of Assisi. Cardinal Gambetti was assigned the deaconry of the Most Holy Name of Mary at the Forum Traianum, a church close to the Basilica of the Holy Apostles, under the Conventual Franciscans. This assignment is significant.

Every Cardinal must be linked to a church in Rome since he has to be part of Rome’s clergy and connected with the Pope, as the Pope’s collaborators. Cardinals have ranks: they can be cardinal deacons, cardinal priests, or cardinal bishops. All the cardinals are archbishop, but the ranks date back to a moment, in ancient times, when the cardinals actually worked in Rome.

A deaconry means that the Cardinal actually works in Rome – while cardinal priests are in general residential archbishops. Since Cardinal Gambetti has no current assignments, it is more than likely that he will have a position in Rome.

There are many dicasteries whose presidents are going to retire. However, rumors say that Cardinal Gambetti will be appointed Archpriest of St. Peter’s Basilica. Cardinal Gambetti would replace Cardinal Angelo Comastri, who turned 77, who is two years beyond the retirement age.

One clue of this upcoming appointment is that Pope Francis called for the postponement of the election of the members of the Chapter of St. Peter, the college of priests that governs the Basilica under the guidance of the archpriest. The elections were supposed to take place at the end of the summer or during the fall, but the Pope asked to hold them after Jan. 11. Cardinal Gambetti will likely be announced as the new Archpriest on Dec. 8. It is also likely that Cardinal Comastri will keep the position during Christmas time, to celebrate Christmas in the Basilica.

Cardinal Gambetti will have the task to make the basilica “more a place of prayer and less a museum,” according to a definition attributed to Cardinal Konrad Krajewski, the Papal Almoner. The truth is that, behind all gossip, there are also internal discussions about the liturgies celebrated in the Basilica, which split between conservatives and progressives.

These are minor issues, but they are noteworthy to understand the venom periods ongoing in the Vatican. Pope Francis also wanted the Fabric of St. Peter to be under the commissioner, with an unprecedented decision. This decision is born out of these internal discussions that led to gossip brought to the Pope’s table.

Cardinal Beniamino Stella, the prefect of the Congregation for the Clergy, is one of Pope Francis’ closest consultants. He will turn 80 next August, and Pope Francis will likely replace him at the dicastery’s helm. There are rumors that Cardinal Angelo de Donatis, the Pope’s Vicar for the diocese of Rome, will take his place. Cardinal de Donatis would be then replaced as Vicar by Cardinal Paolo Lojudice, archbishop of Siena, who just got the red hat.

If the rumors would be proven right, Pope Francis might get to the point he wanted to be a long time ago. The Pope chose Cardinal Lojudice as his Vicar when he was an auxiliary bishop in Rome. However, the Pope wanted to survey parish priests of Rome. About 300 parish priests sent back the questionnaire, and 80 percent of them indicated Cardinal de Donatis as the favorite candidate to be the Vicar of Rome.

Pope Francis, then, appointed de Donatis. It seems the Pope told the Cardinal, in all fairness: “I did not want to pick you, but you got 80 percent support, I could not do anything else.”

Pope Francis’ decision to create Lojudice a Cardinal has been interpreted as a way, for Pope Francis, to rebalance power.

After appointing Cardinal Marcello Semeraro at the helm of the Congregation for the Cause of Saints, Pope Francis will have to appoint new prefects to the congregations of Bishops, of the Eastern Churches, of Catholic Education, and the Doctrine of the Faith. All the current prefects are more than 75.

The new prefects can be a total surprise. Rumors said that Bishop Daniele Libanori, a Jesuit who is also one of the auxiliary bishops of Rome, would be appointed prefect of the Congregation of the Clergy, but this did not happen. The next prefect of the Congregation of Bishops may come from the States, but this is a rumor, too. Everything is in “perhaps.”

The Secretariat of State is also living an uncertain time. It was punished because of the financial scandals. Its investments and properties have been transferred to the Administration of the Patrimony of the Apostolic See. It can be considered a punishment since the plan was to have centralized investments through sovereign funds. Yet, only the Secretariat of State had to transfer its patrimony, while the Congregation for the Evangelization of People and the Vatican City State Administration did not. Even Vatican bodies with ad hoc budget evaded this centralization.

Cardinal Parolin, by the way, might agree that it is time to leave Rome. Other rumors say that he could be appointed Patriarch of Venice, as were Angelo Giuseppe Roncalli and Albino Luciani, both of them then elected Pope.

Uncertain times provide a lot of clues, and interpreting the clues is pretty important. That Pope Francis will not withdraw from pushing the reform of the Order of Malta is shown by his decision to give Cardinal Silvano Maria Tomasi the deaconry of San Nicola in Carcere. Tomasi is now serving as the Pope’s delegate for the Order of Malta, and that church was also the church of Cardinal Canali, the last Order of Malta’s reformer.

Pope Francis also speaks through these signs. After the initial phase of the external consultant and the second phase of the consultants from within, Pope Francis began the third phase: he stuck again to the original plan, but he uses internal (and personal) consultants to end the work he had begun.

Not a surprise that another rumor is spreading: Pope Francis wants to summon another consistory in February, and it will not be a consistory to create new cardinals. It will be a consistory to present the reform and to seek a consensus from them. It would be a show of strength amid many criticisms. Pope Francis called these critics “resistance.” In many cases, they were not. There were criticisms aimed at preventing the Pope from dismantling everything since not everything was wrong. This is not important to Pope Francis. The Pope sticks with his final goal, and he wants to reach it at any cost.