Pope Francis: A New Series Of Attacks Against The Catholic Church In The Offing? 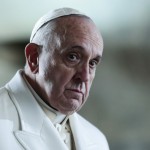 Last week, the Royal Commission of Australia published 85 conclusive remarks concerning their investigation, 85 recommendations to counter pedophilia in the Church. Among these 85 recommendations, there is that of compelling priests to violate the seal of confession so they can report to authorities anytime they hear of an sexual abuse of a minor during confession.

Obviously, the Australian Church reacted strongly. The meekest, that of Archbishop Mark Coleridge, explained that only those who do not understand what confession is could arrive at this conclusions.

Probably, the problem is exactly the opposite. Since Australian authorities know full well what confession is, their aim is to desacralize and weaken it in a sort of bizarre passage from the sacrament of penance to the civil “sacrament” of confession to the State, with the priest being called to become a sort of civil official whose duty it is report what he hears to the authorities.

This is not the first time that the secular world has focused on the sacrament of confession. The attack on the sacrament has historically taken place following a series of true or alleged claims of clergy sexual abuse of minors. The scandals were used as a pretext to assert that clergy sex abuse could not be halted if priests were not forced to disregard the seal of confession.

Already in 2011 the Irish Prime Minister, Enda Kenny, suggested bringing criminal charges against priests who did not report abuses heard in confession. A Catholic, Kenny led the very strong action of the Irish government that uncovered clergy sexual abuse in that country.

Ireland was a difficult situation. Pope Benedict XVI sent a letter to Irish Catholics along with five Apostolic Visitors to tackle the issue. The government, however, rode the wave of public indignation to attack the Church, even deciding to shut down Ireland’s residential embassy to the Holy See, though officially doing so for economic reasons.

The seal of confession was then questioned in 2014 by the United Nations. The report of the Commission on the Convention for the Rights of the Child, composed of 18 independent experts, contained what was, in fact, an indictment of the Holy See itself.

Instead of focusing on how the Convention was implemented within Vatican City State, the internationally recognized sovereign state that guarantees the freedom of the Holy See, the Commission went so far as to attack the moral teachings of the Church, and considered the clerical sex abuse scandals as if were the responsibility of Vatican City State. This was their rationale: if the Pope is the supreme head of the Church, then priests are his employees. The report was replete with prejudices born of ignorance.

The UN report arrived at the conclusion that countering pedophilia is made even more difficult by the fact that priests cannot report what they hear during confessions, because of “a code of silence imposed on all the members of the clergy, under the penalty of excommunication.” The Commission went even beyond its competence in asking for amendments to canon law and rejecting outright the expressed views of the Holy See.

The message at base was that the Church had to change its laws and its very nature, and had to stop preaching its Gospel-rooted vision to the world.

In the end, the Royal Commission’s request is only the latest of the attacks against the sacrament of penance, one of the roots of the Church.

The attack was published on the eve of the consignment by the Holy See of its Second Report on the Convention for the Rights of the Child, to be published during the coming months. As for the 2014 report, it is to be expected that the Holy See will be blamed for the sex abuse committed by the clergy, and that canon law will be challenged once again. And if this somehow does not happen, the media campaign will nevertheless go that way.

There is no room for conspiracy theories: the Australian Royal Commission’s conclusions and the new UN Report on the Convention for the Rights of the Child are not linked. They are, however, two faces of the same coin. Two faces that show precisely how the Church is being attacked today at its roots: sacraments.

The real issue, in the end, is not the confession per se. It seems useless to reiterate it, but the priest cannot report what he hears during a confession, because in that moment he is acting for God, in persona Christi. He is not hearing the confession; God is. He is not forgiving; God is. However, the sacramental confession has regulations that are intended to defend the sacrament of the people. This regulation – in particular, the instructions Crimen Sollicitationis and Delicta Graviora – promulgated by the Apostolic See apply penalties to clergy for the sexual abuse of minors, while they also punish priests who absolve their accomplices in sexual sins.

Beyond anything, the seal of confession protects a sacrament. The Church’s fight against the scourge of abuses against minors cannot be questioned. And it is also noteworthy that this reported sexual abuse took place in the period after the Second Vatican Council, during which – as Pope Benedict XVI put it in the abovementioned letter to the Catholic of Ireland – “there was a well-intentioned but misguided tendency to avoid penal approaches to canonically irregular situations.”

That Church was the Church the liberal world loved. It was less rigid with her priests and faithful, and at the same time less aware of the importance of the sacraments. It is noteworthy that all the allegations concerning the Catholic Church’s own moral issues pertain to the liberal climate that followed the Second Vatican Council. And yet the media always praise that climate in terms of “the Spirit of Vatican II.”

That climate is hoped for still today, as witnessed by the huge media campaign on issues of faith that should be discussed at a doctrinal level, with no interference from non-believers. The media touched, for example, on the topics of sacramental communion for the divorced and remarried, and by doing so, questioned the roots themselves of the sacrament of the Eucharist, as if that sacrament were just an empty rite.

Another media-sensitive, Church-related topic is that of the moral law concerning human sexuality, with the never-ending pressure for a more liberal interpretation of the encyclical Humanae Vitae. The pressure for it is growing as the 50th anniversary of the promulgation of that last encyclical by Blessed Paul VI approaches.

So attacking the secret of confession is just a sign of a wider phenomenon, aimed at attacking the foundation of the Christian faith.

This leads to a deeper problem. Catholics themselves are not aware of the foundations of the Christian faith. The Van Thuan Observatory for Social Teaching noted that Catholic social commitment comes directly from the sacraments, and in particular from the Eucharist. But regular Catholics do not get it. They used to fall into the temptation – born in the Protestant world – of believing that only faith will save Christians, not good works, and even less sacraments, particularly the sacrament of the Eucharist. This way, Christians lose sight of the foundations of being a Church, that is, the Eucharist.

Not by chance, Pope Benedict XVI, following the suggestion of Cardinal Joachim Meisner, reintroduced, at the end of the World Youth Days, the silent adoration of the Most Holy Sacrament. During this devotion, the Pope disappeared from view, along with as his public image, because the young people present were guided to look upon and adore Christ.

The Eucharist is at the center of the challenge of evangelization, the missionary challenge that Pope Francis always calls for. Not by chance, Fr. Piero Gheddo, a longstanding missionary, explained that the crisis of mission lies in the social activism that grows at the expense of the message of salvation. It was that message, centered on Eucharist, that called young people to mission. Social assistance alone cannot work. It in the end this activism makes the Church’s institutions “merciful NGO’s,” as Pope Francis often says.

Is this understood by Catholics, especially Catholics involved in public life? The answer is no, and the confirmation comes from other news that broke during these days.

The directive that allowed euthanasia contradicted obviously Catholic principles which the Brothers of Charity follow. Their Superior General, Brother René Stockman, appealed to the Holy See, and the Pope asked them to stop the performance of euthanasia in their hospitals. Br. Stockman asked the hospital in this case to acquiesce to the Pope’s request. Hermann van Rompuy, a so-called Catholic who formerly served as Belgium’s Prime Minister and is now a member of the hospital board, commented that “the times when the Pope had the last word are far away.”

This same Van Rompuy, in his former capacity of Belgian Prime Minister, delivered a formal diplomatic protest against the Holy See for what Pope Benedict XVI said about AIDS and the use of condoms in his press conference on his way to Africa in 2009. It was already shocking that the Pope could not express his thought without being attacked.

These are the big issues at stake today. Beyond the Church’s problems, which must not be underestimated, it is important to remember that the Church’s principles are under attack again, while behind the curtain there is a campaign to destroy the Church’s credibility on moral issues by repeating stories in the media of clerical sexual abuse, without any effort to update them.

Mauro Visigalli, a Rota lawyer, recently protested to The Providence Journal that “the right to the presumption of innocence does not seem to be applied when a priest is accused of a sex crime.” In many cases, priests were completely cleared of the charges; however, the media only remember the allegation, never the acquittal. It indeed an infamous smearing of the innocents.

Pope Francis is called upon to tackle this issue. Rightly, the Pope has asked forgiveness for the abuses, even in one of the most recent books on the issue. On the other hand, it must be noted that media campaigns are launched against the Church in order to destroy its moral strength and then its sacramental foundation. With no sacraments, there is no Church.