Indeed, Pope Francis is right: Benedict XVI still has much to give to the Church Vatican, the time for reform. What is the Pope’s position? 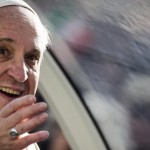 Pope Francis’ new alleged declarations to the Italian journalist Eugenio Scalfari (who had not presented them as an interview) and the interpretation of the Pope’s words on evolution once more has rung the alarm bells on how much Pope Francis’ papacy is being romanticized. As if, through Pope Francis’ words, the secular media were trying to adapt the Church to the world.

Actually, Pope Francis is very orthodox. One cannot understand his pontificate if he does not understand his being profoundly a Jesuit. And being a Jesuit implies a mystic side, almost severe. Pope Francis has spoken several times about the existence of the devil, has warned about the perils of a do-it-yourself confession, and has underlined that the Church is hierarchical.

How all of this fits with some of his decisions characterizing his pontificate, it is yet to be understood. A possible explanation is that the Pope strictly separates doctrine from governing, not considering them to be one and the same. It seems that his vision is that the government must be reformed, and possibly dismantled, to be replaced with a more genuinely pastoral approach. And this may be carried out only through an open discussion, richer in questions than in answers.

This approach was noticeable during the last synod of bishops. Pope Francis sidelined the debate between a minority of bishops who focused on the casuistry of the very peculiar cases of homosexuals and divorced remarried, and the large majority of bishops who looked at pastoral care under the light of the doctrine. The Pope did not take a position, nor did he strive to have the synod reach consensus. He simply decided to publish the whole final report of the synod, and to make public the votes each paragraph had attracted, thus giving the impression of an open, almost parliamentarian, discussion with a majority and an opposition. Never mind if the majority is reached also because there are members who vote ‘yes’ only in order to avoid further discussions.

This informal style of government is reflected in the Pope’s everyday activities, in the non-scheduled meetings he holds at the Domus Sacntae Marthae, the daily gathering of opinions from his trusted counselors and from others he holds in high regard. Among the latter, the Italian journalist Eugenio Scalfari.

A self-proclaimed atheist, Scalfari founded the leftist newspaper “La Repubblica”, which have never missed an occasion of pointing a finger against the Church, describing her as outdated and detached from the needs of the world. Pope Francis and Scalfari meet often. In two occasions, Scalfari has published the Pope’s words as a conversation. Scalfari himself admitted that the conversations were not recorded, and that he had attributed to the Pope words he had not actually said. The statements of the Holy See Press Office to set the record straight have been useless: everybody thinks that Pope Francis has really spoken the way Scalfari describes.

Last week, Scalfari published some excerpts of one of his conversations with the Pope about the Church’s missionarity, the truth, and the Jesuit and Franciscan identities. The excerpts were part of an op-ed, thus not raisinga lot of media attention. It was however a cunning operation: starting from the words that Pope Francis would have told him, Scalfari lays out – as Father Federico Lombardi, Director of the Holy See Press Office, has underscored – his “personal narrative”,reaching to the point of claiming that the the Pope implicitly supports the notion that truth is relative, and that in the end even the Gospels are a nice invention to fulfill man’s need to tell himself his own truth.

Certainly, Pope Francis did not express his views that way, but the fact that his words, his way to engage in dialogue, is interpreted as if he had, explains why there are so many expectations on his pontificate. A pontificate that everybody seems willing to interpret as rupture, a change of pace and in the doctrine of the Catholic Church.

Pope Francis’ speech was divided in two parts: the first praised his predecessor, the second presented the themes of the plenary, including the topic of evolution. Pope Francis said that «God is not a magician, but the creator who broughteverything to life» and that «the notion of evolution is not incompatible with the notion of God.»

Many have pointed out that the Catholic Church, and popes, have been stressing this for years. In fact, to do justice and recognize their contributions, the names of great Catholic scientists should be listed, illustrating such examples as that of Gregor Mendel, the Augustinian monk who pioneered the study of genetics. But the secular media hailed Pope Francis’ words as if they amounted to the advent of a new era and as if the Pope was inaugurating a substantial opening-upto science after years of obscurantism.

Of course, this is nonsense. But this media frenzy proves the extraordinary expectations around Pope Francis’ pontificate. He had won over everyone with his informal way of operating, and brought this peculiar style into the pontificate. He has his own vision – not a program, which he has underscored he does not have – which seems to be about bringing pastoral care back to the center of the life of the Church, even at the expense of the concept of truth. This vision can be summarized by the image of the light house and of the torch, presented at the synod of bishops by the Jesuit Antonio Spadaro, editor of the Italian Jesuit-ran magazine “La Civiltà Cattolica”, and inserted in all of the synod’s documents.

Father Spadaro himself published on La Civiltà Cattolica a diary of the synod, inferring that tensions on key current issues included the call for even more pastoral opening to divorced remarried and homosexuals. This was true, but the bishops making this call constituted a minority. Very likely, the majority of bishops who acknowledged to have received «with dismay» the synod’s midterm report would not identify themselves with those calling for such changes.

Even this synod of bishops was subject to the pressure of the perceived need to tell the story of a Church that got rid of its historical brakes and which went forward toward progress. But this “progress”, in the end, looks like a surrendering to the spirit of the world. In the name of progress, the Church is to be told what to do and what to abstain from doing. And, in the name of progress, the very Church’s internal discourse is completely romanticized.

To present what is really the focus of the Church’s discourse, media should write – and Synod fathers, as well as every priest, should discuss – about the Truth, the formation of priests, and even about confession. They should cover how the Church reflects on how to shape the world and how to orientate it toward the common good. They should understand that the Church is not just about setting up field hospitals, because she works also to address the conditions that make people need those hospitals in the first place.

These are the challenges of vocation and mission of the family, to be discussed at the next synod of bishops. The notion that we are witnessing the second phase of Pope Francis’ pontificate has been widely mentioned, stressing that Francis’ honeymoon with public opinion has come to an end. But this notion – yet if it was clear it dealt with the Western world – focuses on the possible resolutions of the synod’s alleged controversies, leaving aside the most important challenges, which in fact have no appeal to news media.

This is how Pope Francis’ pontificate risks in the end to be completely romanticized and misconstrued, and used as a Trojan horse to make the Church more worldly, closer to secular mentality.

Critics often label “fear of new things” this line of reasoning,leveraging as a counterargument Pope Francis’ October 19 homily for the mass of beatification of Paul VI (and the synod’s concluding mass). On that occasion, Pope Francis declared that «God is not afraid of novelty.»

Pope Paul VI did not fear novelty either. He opened the Church to the modern world. But he always did it with the aim of evangelizing the world – two of Paul VI’s collaborators, cardinals Etchegaray and Poupard have recently stressed. And he also had the courage to write Humanae Vitae, the most cultural countercurrent encyclical ever recorded in history.