Pope Francis, the era of division Holy See, why so much media frenzy around a cold case?

Pope Francis, an ever open Synod or a walking Council? 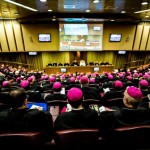 Aside from the conclusions of the Synod on young people, and how they will be received, the future of the Church now revolves around one question: will the Synod of Bishops’ new methodology represent an evolution regarding the way the Catholic Church develops issues of doctrine?

The issue was widely debated during the Synod, especially after the presentation of the first draft of the Synod’s final document. The draft was 173 paragraphs long, and was subjected to many proposals of adjustment. Above all, the document generated the suspicion that there was the intention to go toward a Synod-like government even in terms of doctrine, and not by chance the “synodality” part was discussed until the very last minute.

The draft did not include doctrinal issues, and was not in the end as problematic as Amoris Laetitia. Certainly, many Synod’s fathers hoped the document would be an orientation, waiting for Pope Francis’ final exhortation.

However, there was also the awareness that Pope Francis might have approved the document as it was, that he was accepting it as a post-Synod exhortation and including it in the ordinary magisterium. This is, in fact, still possible, as Pope Francis made no decisions yet.

During the Synod there had been some corrections on procedures. However, the issue of a final document accepted by the Pope still stayed open, and still is. Synod’s fathers were immediately stricken by the fact that it was stated that the document had to be read in continuity with the Instrumentum Laboris, as if both the preparation of the document and the final text would be part of a final text.

This was unacceptable for many Synod fathers, as the working document was widely criticized, both for its sociological framework and for the inclusion of the acronym LGBT. In fact, after the discussion on the first draft of the final text, Bishop Fouanya of Mamfe (Cameroon) underscored in a briefing in the Holy See Press Office that he would have never signed a document which includes the expression LGBT.

That is not the only point. Synod fathers were able to vote the final document paragraph by paragraph, and not in its entirety, as foreseen originally, when there was talk of the possibility of approving the document according to a non specified “moral unanimity.”

However, the way synodality is perceived and the way it was drafted in the text led to think that Synods could be also intended on doctrinal issues. This raised questions: is the doctrine to be expressed according to a majority? Or does the deposit of faith need to be preserved centrally?

This is not a secondary issue. Some of the Synod’s fathers shed light on this issue. It was also noted that the Anglican Communion is a “Synodal Church,” and that this synodality cast doubts on ancient certainties and has generated further divisions. There is the need, in the end, for an authoritative word, coming from a central authority and true in every case.

The discussions brought back many of the doubts expressed by Synod fathers in the minor circles. Almost all the reports of small linguistic groups asked the Pope to provide the final say with a post-Synod exhortation.

How can Synodality and government be reconciled? This was another hot topic in the discussions, even if the stated main topic were youth, vocation, discernment. The connecting line is, in the end, the Church reform Pope Francis has promoted since the beginning of his pontificate.

This way, some documents from the bases obtained a magisterial stamp, as the Pope officially backed their point of view. Amoris Laetitia confirmed this approach, as – for example – did the motu proprio Mitis Iudex Dominus Iesus, which strengthened the Bishops’ powers, called to be the first judges in processes of declarations of nullity.

Pope Francis is likely working to give the bishops more responsibility. This way, Bishops are called to make personal decisions, without appealing every time to Rome.

The choice is risky, to some extent. For example, in 2002 it was decided to reform the procedures for abuse. After the reform, Bishops were obligated to report to Rome, and this was portrayed as an attempted cover up. In fact, it was a move to get a better handle on the issue: in many cases, abuse had been covered up because Rome was kept in the dark.

Now, the topic is different. We are not talking about procedures, but about doctrine. Can Bishops’ Conferences take doctrinal positions in the name of having greater responsibility? And can this case be applied to the principle of Synodality?

On March 2, the International Theological Commission published the document “Synodality in the life and the mission of the Church.” The drafting of the document started some time ago. The document includes proposals like making mandatory the establishment of diocesan Councils in the dioceses, and establishing new procedures to convoke the Synod of Bishops in order to fully involve the people of God.

This document was never mentioned during the discussion, though it was quoted in the final document and though some people can see it reflected in the decision of institutionalizing both the pre-Synod and the delivery of questionnaires.

However, this document should perhaps be at the basis of a reform of the Synod of Bishops. So far, the membership of the Council of the General Secretariat has expanded: now there will be 21 members (before, they were 15), some chosen according to criteria of geographic representation plus 4 bishops chosen by Pope Francis.

Other reforms will be made according to the Pope Francis’ rationale of the “reform made while walking”. No institutionalization, but rather a slow change of paradigm.

Beyond that, there is likely the intention of a sort of an ever-open Synod, a discussion that is never closed. This reading is supported by the fact that the Synod on youth is considered in total continuity with the previous Synods of the Family and likely a transition toward the particular theme of the Pan-Amazonic Special Synod in 2019.

But there could be a wider goal, that of having a Permanent Council. From this point of view, it would be important to understand how the draft of the new Apostolic Constitution Praedicate Evangelium will be presented. The Constitution will not only reform the Roman Curia, but will also likely reform the Council of Cardinals, that could be turned into a permanent body. The document is going to be finalized, as witnessed by the appointment of an adjunct secretary to the Council of Cardinals, Bishop-elect Marco Mellino.

The idea of a Council of Cardinals was floating also before the 2013 Conclave that elected Pope Francis, in order to rebuild that sense of Collegiality of the Church of the first centuries, when the Pope gathered consistories frequently and for a number of different decisions. The original idea was that of creating a Council of Cardinals resident in Rome, elected by the other members of the College of Cardinals, that the Pope could easily summon for important decisions.

It is yet to be seen how the meetings of the head of Vatican dicasteries will be reformed. At the beginning, Pope Francis entrusted the coordination of these meeting to the General Secretariat of Bishops, in order to show the importance of synodality. Then, things went back to business as usual.

A pending issue is that of cardinals’ consultations. The Cardinals gather together during consistories, but it has been four years since the Pope last convoked an ordinary consistory to discuss issues. With Pope Francis, only two consistories for the creation of new cardinals were preceded by a general congregation of cardinals: in one case, they spoke about Curia reform, in the other of family. The lecturer of the latter was Cardinal Walter Kasper. After that, no more meetings of that kind have taken place.

Beyond the themes and the way the Synod ended, it must be assessed whether this Synod starts a new Papal form of government. Could it be a collegial government that will work as a permanent Council? This council would not be convoked or structured, but would present a never ending discussion. Although Pope Francis will always make all the decisions.