How Pope Francis is changing the Curia – and the institution Pope Francis, the world after the coronavirus

Pope Francis, and the Church future that is already in place 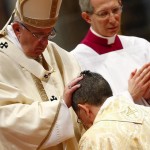 To mark the 160th anniversary of the death of the curé of Ars St. John Mary Vianney, Pope Francis issued last year a letter addressed to all the priests. Read today, that letter also tells something about what Pope Francis is putting into action now.

At the beginning of the letter, Pope Francis underscored: “As you know, we are firmly committed to carrying out the reforms needed to encourage from the outset a culture of pastoral care, so that the culture of abuse will have no room to develop, much less continue. This task is neither quick nor easy: it demands commitment on the part of all.”

That sentence sets the guidelines of the Pope’s reform, and consequently, his modus operandi. Pope Francis considers the so-called “culture of the abuse” responsible for many difficult situations in the Church. The Pope does not only refers to the abuse of minors, but also to abuse of power and to the many other cases of abuse that people with power sometimes indulge in.

To Pope Francis, the non-missionary, non-Evangelical Church is born out of the culture of the abuse. Pope Francis’ reforms are ultimately aimed at breaking this culture.

Read through these lenses, Pope Francis’ ideas are understandable. He is putting into action his plans even before finally issuing the Praedicate Evangelium, which is the new Apostolic Constitution that will regulate the tasks and aims of the Roman Curia departments.

The Pope is making concrete one reform above all: the reform that calls for Vatican positions to be held for no longer than two five-year mandates. Pope Francis is already applying this rule, and many Vatican replacements and reshuffles are taking place at the end of one or two five-year terms. This way, Pope Francis wants to break chains of friendship and networks of power that occur when people keep their positions for too long.

Pope Francis applied this rule to his secretaries, too. This way, no secretary can be considered the sole gatekeeper of the Pope.

Pope Francis is also applying another reform: appointing laypeople to critical positions, especially critical financial positions. Last month, Pope Francis appointed Fabio Gasperini as general secretary of APSA (Administration of the Patrimony of the Apostolic See); and Maximino Caballero Ledo as General Secretary of the Secretariat for the Economy, a sort of Vatican “vice-minister” for finances.

Who knows if the time will come when also the General Secretary of the Vatican City State administration will be a layperson. The current secretary, Bishop Fernando Vérgez Alzaga, just turned 75, and has already begun his second five-year term.

The inclusion of lay people in key Vatican financial position is not only aimed at increasing professionalization within the Vatican ranks. The professionalization can also be a limit since laypersons know little about the Vatican and do not get the same salary as a Vatican employee – they come from positions as top managers, and their wages are certainly above what is budgeted for them generally, and difficult to sustain by Vatican finances also stricken by the coronavirus crisis.

On the other hand, Pope Francis uses lay people to prevent priests from the temptation of thinking they can be great financial managers. Pope Francis wants funds to be well invested, as he made crystal clear during the in-flight press conference coming back from Japan in November 2019. The Pope certainly does not want priests involved in mismanagement. The Italian weekly Panorama claimed that the Pope uses laypeople he has hired as scapegoats for the scandals.

This theory seems to go way too far. It is true, on the other hand, that Pope Francis has always defended his priests. He did so – this is the most recent case – with Bishop Gustavo Zanchetta. The Pope appointed Zanchetta assessor of APSA – a position created for him – and brought him to Rome despite rumors about grave allegations against him. The charges turned into an investigation, and Zanchetta had to get back to Argentina to be questioned about allegations of sexual misconduct. He later returned to Rome, and, while waiting for a judgment, went back to work, as his suspension was lifted.

It was not the only case. The Pope has always been protective towards priests facing allegations. Not only with his friends or friends of his friends, like the case of Italian priest Mario Inzoli shows – the Pope even lifted the sanctions on him before an appeal trial found him guilty. The Pope did the same with Cardinal George Pell. An unfair trial in Australia targeted cardinal Pell, but he was never suspended nor demoted from his post as prefect of the Secretariat for the Economy. The Pope let Pell’s mandate expire at the end of the five-year term, underscoring that the expiration was in no way linked with the accusation.

Pope Francis also defended Cardinal Philippe Barbarin, tried in France for allegedly covering up clergy sex abuse on minors. Barbarin was found not guilty, but the cardinal decided anyway to resign as archbishop of Lyon, despite the Pope asking him not to.

Cardinal Barbarin’s resignation is food for thought. Although Pope Francis’ defends his priests, the Pope is hardly able to protect the Church as an institution.

Pope Francis has tried to correct this imbalance. In his letter to the priests the Pope also stressed that many of them did good and thanked them. At the end of the Feb. 2019, anti-abuse summit, Pope Francis also pointed the finger at the mass media for their bias against the Church.

However, this is not enough. Pope Francis’ words lack institutional weight. It is not the priests who are under attack. It is the institution.

These are future challenges. They go beyond scandals and the Pope’s need for alliances – with an eye on Vatican donors that can alleviate the Vatican finances, and diplomatic partners that can open the doors to China and other unexplored endeavors.

Pope Francis faces a challenging future. The Curia reform is conceived as a reform of men. It might, in the end, damage the institutions. The Curia will be at the end filled with people that will stay for just ten years, unable to make long term projects. Everything will be focused on the reigning Pope’s will. The effect of the reform might be, in the end, the reverse of what Pope Francis’ wants.

This future has already begun. Pope Francis’ moves this summer and the upcoming fall will be decisive in defining Pope Francis’ pontificate.

One Response to Pope Francis, and the Church future that is already in place