Pope Francis, and the Church under attack 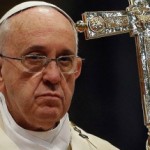 The way the Holy See reacted to Cardinal Pell’s first-degree conviction for abuse of minors was a signal. In one declaration, the Holy See Press Office stressed that it held the Australian court in the highest respect, but that at the same time it had to be considered that Cardinal Pell has always proclaimed to be innocent, and that the appeal trial was pending.

The Holy See also confirmed the measures already activated: Cardinal Pell cannot publicly exercise his priestly ministry and has to avoid any kind of contact with minors.

In that same declaration, it was not mentioned that Cardinal Pell was no longer the prefect of the Secretariat for the Economy. Only in the evening of Feb. 26, and later in a Holy See Press Office bulletin on Feb. 27, the interim director of the Holy See Press Office confirmed that Pell no longer held his position in the Roman Curia.

These moves clearly show what the Holy See approach in the trial was. The approach to totally defend Cardinal Pell.

The measures “confirmed” to him were not made public, but in fact they are preventive measures always put into action in case of an investigation, in order to avoid the tampering of evidence and media hype. Since he went back to Australia, Cardinal Pell could not have any kind of contact with minors, to prevent suspicion; nor celebrate Mass in public, to avoid the media pressure.

The expiration of Cardinal Pell’s position was not included into the official declaration to avoid the impression that his termination was connected with the conviction. In fact, it was a normal move. Cardinal Pell’s 5-year term as Prefect of the Secretariat for the Economy ended on Feb. 24. In addition to that, Cardinal Pell is 77, and so he has surpassed by two years the retirement age.

The confirmation that his work in the Curia had come to an end likely came in the evening in order to show that this was a normal event. In fact, the Holy See Press Office never releases a bulletin when a term expires, nor when a mandate is confirmed. Bulletins are released only with new appointments. And this new appointment never took place. The Secretariat for the Economy is currently without a prefect.

The Holy See approach to Cardinal Pell’s case show also a commitment to defend the Holy See as an institution. And this was not to be taken for granted, considering the talks at the summit on the Protection of Minors in the Church that Pope Francis summoned.

From Feb. 21 to Feb. 24, presidents of the Bishops’ Conferences from all over the world gathered in a quasi-Synod spirit, listening to three talks per day and with coffee breaks and vast space for reflection. Bishops talked about credibility, about the need for the Church to be a safe place for children, about guilt in covering up abuse.

At the end of these three days of discussion, a penitential liturgy was celebrated. At the end of this liturgy, Bishops confessed that they covered up abuse and that they did not listen to the victims and asked God to be able to better manage these situations in the future.

Cardinal Reinhard Marx even asked to review the pontifical secret. The issue is prickly and even misguided. Pontifical secret is not about criminal procedures. It is regulated by Secreta Continere, a motu proprio. The first paragraph of this motu proprio specifies that pontifical secret covers everything that deals with the drafting of a pontifical document; the Congregation for the Doctrine of the Faith activities, including the allegations of crimes against faith, trials and decisions; and also the creation of cardinals, bishops’ appointments and all the issues the Pope, a Cardinal or a Papal legate deem appropriate.

Pontifical secret is not about data on abuses. It is about procedures, and, when claimed, it is mostly because there is the need to guarantee a just trial and keep the principle that people are innocent until proven guilty.

With his final speech, Pope Francis in the end asked for more equanimity in facing these issues, thus somehow changing the points of view of bishops during the meeting.

Pope Francis’ speech moved from the praise to media – Archbishop Charles J. Scicluna said before the meeting that the media are part of the solution to abuse – to a more balanced approach that mostly leaned toward the Church as an institution.

The two poles are given by two Papal speeches.

Speaking to the Roman Curia on Dec. 21, 2018, Pope Francis thanked the media,
“who were honest and objective and sought to unmask these predators and to make their victims’ voices heard. Even if it were to involve a single case of abuse (something itself monstrous), the Church asks that people not be silent but bring it objectively to light, since the greater scandal in this matter is that of cloaking the truth”.

Pope Francis also said: “Some within the Church take to task certain communications professionals, accusing them of ignoring the overwhelming majority of cases of abuse that are not committed by clergy – the statistics speak of more than 95% – and accusing them of intentionally wanting to give the false impression that this evil affects the Catholic Church alone”.

In the final speech of this anti-abuse summit, Pope Francis spelled things out differently.

“The time has come, then, to work together to eradicate this evil from the body of our humanity by adopting every necessary measure already in force on the international level and ecclesial levels. The time has come to find a correct equilibrium of all values in play and to provide uniform directives for the Church, avoiding the two extremes of a ‘justicialism’ provoked by guilt for past errors and media pressure, and a defensiveness that fails to confront the causes and effects of these grave crimes”.

The Pope implicitly recognized the existence of media pressure at the time. Pope Francis’ speech now went further. He framed the abuse scandal in a wider scenario, looking at the world’s figures on abuse on minors, thus stressing that abuse scandals are not just within the Church. And he also underscored the need to tackle the issue on an international level, while shedding light on the many measures the Church put into effect.

These words were important, especially for bishops that unjustly felt they were being charged with things they never did. Pope Francis, therefore, likely saw the need to rebalance the narrative.

This required balance is at the basis of the Holy See approach to Cardinal Pell’s case. There will be a canonical trial, as expected once there is a guilty verdict. But no one at the top ranks of the Church will be abandoned as long as he pleads not guilty. The institution has its importance.

It is worth noting that a good part of the measures announced at the end of the summit merely implemented measures and decisions already made. The Church is not at “ground zero” on countering sex abuse. Benedict XVI, for example, issued new norms, and after that he laicized more than 800 priests, according to figures the Congregation for the Doctrine of the Faith provided to a UN Committee.

Sometimes, balance in judgment or actions is needed. Even in this case, we have two poles. On the one hand, the case of Archbishop Gustavo Zanchetta, assessor suspended from the Administration for the Patrimony of the Apostolic See, who is now facing grave allegations but never resigned from his position.

On the other hand, there are those who resign to avoid scandals in the institution, though they are certainly innocent.

Pope Francis is seeking a balance between the two poles. It seems he is doing it, as he usually does, through trial and errors.