Pope Francis and the civil war in the Church 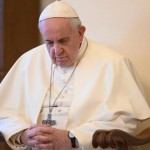 On August 5, the Italian newspaper Il Foglio published a letter from a group of laypeople addressed to Pope Francis. The letter, elaborating on the title of Andrea Riccardi’s latest book, “La Chiesa brucia,” wanted to highlight a profound distress that is being experienced in the Church. Transformed – say the authors of the letter – into a “field hospital” through the many injuries it has caused. The authors also denounce the failure of the outbound Church.

It is a letter that recalls different situations of opposite sign: from the lack of answers to the cardinals who questioned Pope Francis on Amoris Laetitia to the story of Enzo Bianchi, who had seemed to be one of the Pope’s favorites, passing through the marginalization of many other characters, above all cardinals Pell, Sarah, and Burke.

The letter concludes with a bitter observation: we are faced with a climate “that has become heavy, almost unbreathable,” and “the mother Church seems more and more a stepmother, imposes anathemas, excommunications, commissariats, at a continuous pace.”

The authors of the letter, therefore, ask the Pope to put an end “to this civil war in the Church, as a Father who looks to the good of all his children, and not as the head of a clerical current that seems to want to use its monarchical authority, all the way, often beyond the confines of canon law, to realize a personal ideological agenda.”

These are grave accusations leveled against the Pope. They nevertheless represent a widespread feeling, something that is heard in the corridors. What is striking is that it is a general feeling both among those who differ from Pope Francis and those who have always supported him.

The Pope’s lack of institutional sense, his personalism, and his speeches on social rather than theological-centered issues had given the progressive world hope that Pope Francis would change the Church. But, of course, not everyone has always supported this, and even among the supporters, some occasionally raised polite doubts about the effectiveness of the reforms.

There was no doubt, however, that the Pope embodied the reforms they wanted to be made. In summary: less clericalism, or less centrality of the priesthood; less doctrine, more pragmatism in dialogue; less Christian identity, in favor of a greater adaptation to the world.

Pope Francis did not only disappoint them from a doctrinal point of view, because in the end, the doctrine of the Church has not changed. Pope Francis disappointed them when he showed he didn’t care about any parties involved. The exile imposed on Enzo Bianchi, forced to leave the house he had founded without the possibility of an appeal, was an alarm bell, perhaps definitive. But it wasn’t the only one.

And so, the civil war in the Church has become a concrete reality. The motu proprio Traditions Custodes, which abolishes the liberalization desired by Benedict XVI of the Mass in the ancient rite, has put the debate within the Church back at the center. Two worldviews collide, as always happens when things are particularly important. One of these worldviews is undoubtedly a more secular and secularized vision, the other a more spiritual one. It is a titanic struggle, which can only be resolved with synthesis, certainly not with confrontation.

Incredible but true, John XXIII was looking for a synthesis. And so was Paul VI, who, during the drafting of Humanae Vitae, arrived at the final draft by listening to everyone, without exclusion, trying to incorporate everyone’s thoughts.

John Paul II wanted reconciliation, so much so that even the latae sententiae excommunication of four newly consecrated Lefebvrian bishops without the consent of Rome was only the last recourse, after countless unsuccessful attempts at dialogue.

The same was done with Liberation Theology, which was not condemned in toto but was recognized in some of its positive aspects. This is to give some examples.

Benedict XVI continued along this line. He had done it, for example, precisely on the theme of the Mass with the ancient rite. In practice, the oppositions were disarmed, granting what was lawful to grant, but asking for everything that had to be asked in terms of fidelity.

The approach of Pope Francis is different, on the other hand. For the Pope, it is a question of establishing rules that everyone must follow in the act of centralization that does not seem to align well with the synodality he has preached.

Pope Francis does not want to avoid conflicts or make them useless. On the contrary, he wants to win them. For this, he imposes his will at a certain point, with the means he can, in the way he knows. In this way, the Civil War in the Church has not only begun again but will hardly see an end.

But is this good for the Church? The Catholic Church has never been divided because there has always been plurality within it. However, sometimes there is a lack of that continuity with the Pope that makes Catholics feel pushed aside, marginalized, unable to understand.

The Civil War, in short, is destined to remain unless the Pope lays great bridges of reconciliation. Unless the Pope finally decides to change his approach.