Pope Francis, his idea of ​​universal brotherhood and war Pope Francis and the Synodal Church

Pope Francis and the generational change 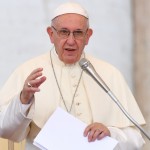 The appointment of a new archbishop of Paris seems imminent, and the French daily Le Figaro points to the archbishop of Lille Laurent Ulrich as a possible candidate, indeed almost a certainty, for the succession. The archbishop’s profile seems perfect, considering the times: attentive to the migrant emergency and very concerned about the issue of abuses in the Church.

Necessary characteristics, considering that his predecessor, Archbishop Michel Aupetit, had fallen on the altar of hypocrisy (Pope Francis dixit) after a campaign against him for an alleged improper relationship with his secretary, a situation dating back many years and already known by his superiors. A campaign born after the CIASE report on the abuses of the Church from the 1950s to today. Aupetit had not taken strong positions against the abuse. Instead, he called for the data to be to read wisely, without proclaiming himself guilty regardless. His was an unacceptable stance in a Church that has now decided to accept the game of public opinion to ask forgiveness for abuses even when the accusations may be unreasonable.

Before Archbishop Aupetit, Cardinal Rainer Maria Woelki, archbishop of Cologne, had also fallen. He, too, had not accepted an abuse report and asked for another one. As a result, the Pope requested Woelki to suspend himself from the diocese’s leadership for six months, officially for an error of “miscommunication,” as the nunciature said. Upon his return to the archdiocese administration, however, Woelki immediately asked the Pope to allow him to step down. Indeed, after six months of suspension, his credibility was now at risk.

Will there also be, thus, a need to find a new archbishop for Cologne? Perhaps, and it is worrisome, in a Church in Germany shaken by the synodal journey which does not fail to give rise to concerns, not only in Rome but also in many local episcopates.

If we follow the trail of abuses and cover-ups, actual and alleged, there is a possibility of a significant generational change in some crucial dioceses around the world. In Milan, Archbishop Mario Delpini seems to be at the center of a case of mismanagement. Lyon has already lost its archbishop, Cardinal Philippe Barbarin, who resigned after a lengthy trial that had, in any case, cleared him of any accusations of covering up abuses.

The problem with the altar of hypocrisy is that the weight of public opinion becomes unbearable. And this also influences the criteria for the selection of new bishops, because their positions must be those that public opinion can understand so that the Church is not under attack.

It works for those who want a Church less present in the world. And it also responds to the entirely anti-clerical logic according to which the imitatio imperii (the imitation of the empire) of the bishop of Rome, symbolized by the red vestments that Pope Francis has consistently refused to wear, was part of a project of secularization of the faith. As head of government and therefore equal to the emperors, the Pope is sensitive to the logic of power.

But those red vestments represented rather a spiritual authority. This imperial heritage did not point to a material empire but rather an institution that could defend Christians and evangelization. Not that mistakes were not made in 2000 years of Church history. At the same time, the propaganda against the Church has led to misinterpretation of what the Church is, what her interests are, and what her place in the world is.

Thus, Pope Francis is perhaps on his way to the last significant generational change of his pontificate with this original sin. The pressure of public opinion and the sacrifices on the altar of hypocrisy, and the careerism that is not lacking even in the pontificate of Francis —who claims to fight them vigorously— play a decisive role in the decisions.

Pope Francis, over the years, has become the protagonist of what has been defined by many as “a pastoral turning point.” The profile of some new bishops immediately made cardinals testifies to this: in the United States, Blaise Cupich, transferred to Chicago; Wilton Gregory, moved to Washington; and Joseph Tobin, transferred to Newark. In Latin America, the creation of the archbishop of Huancayo Pedro Carlo Barreto as cardinal, and the promotion to archbishop of Santiago of the Franciscan Celestino Aos, but also the increasing influence of bishop Robert Francis Prevos of Chiclayo (Peru).

In many cases, the Pope has placed his trust on members of religious orders, particularly Jesuits and Franciscans, because he probably feels he knows their mentality better and finds them immune from excesses of careerism. The significant archdiocese of Turin in Italy went to the theologian Roberto Repole, hitherto lacking pastoral experience, while it is still open the succession to Cardinal Vincent Nichols in Westminster.

This pastoral shift, which is also reflected in the intentions of the reform of the Curia, does not, however, guarantee good governance. In an attempt to change the approach at all costs, there is a risk of inexperience in power that is not always good.

It can be said that this is the Church that Pope Francis wants, a Church not addicted to power but pastoral. Perhaps it’s true. But is this the way? And above all, if this is the model of the Church sought, why does the Pope, in any case, have no qualms in taking the prerogatives of the Pope King – and this is demonstrated by the almost 40 motu propio of the pontificate – and the universal decision-maker?

This imminent generational change will show which Church Pope Francis will leave. And so will the next consistory, which again seems imminent and will show what kind of cardinals, to elect his successor, will the Pope want.

What seems a constant, up to now, is the attention to specific issues, driven more by public opinion than by the needs of the Church. It can be a small thing. Or it can be providential. Only history will tell.

5 Responses to Pope Francis and the generational change