Pope Francis and the Independence of the Holy See 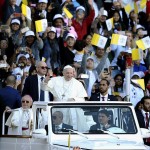 There is a detail in the Becciu affair that went unnoticed. Yet it is rather important: the Vatican, via the Interpol, asked the Italian Police to arrest an Italian citizen. The Vatican is also asking the Italian State to extradite this Italian citizen to the Vatican. The extradition request can have a considerable impact on the Vatican itself: it would change Italy–Holy See relations and might set a precedent for other similar situations.

It is worth recalling that Becciu resigned as prefect of the Congregation for the Causes of Saints and renounced to his prerogatives as a cardinal, at Pope Francis’ request. The Vatican has not confirmed if there is an investigation focused on Becciu specifically. According to the press, such an investigation is ongoing.

The extradition request might impact Italy–Holy See relations because the two states have no extradition agreement. The 1929 Lateran Treaty says that Italy can ask the Vatican to arrest and render Italian criminals who seek refuge within the walls of Vatican. There is no mention of extradition.

If Italy granted the extradition, it would be a political decision. The Vatican would feel obliged to guarantee the principle of reciprocity. Who is to say that, in the future, Italy will not ask the Vatican to extradite a monsignor, a bishop, or even a Cardinal if this latter renounced his immunity? Who will guarantee that the Church will not be under attack because of a procedural legal principle?

There has been increasing concern about the problematic way in which Italy relates with the Holy See, as evidenced in the two Vatileaks trials. Ever more often, we warned that the Holy See sovereignty was under attack.

The recent predicament shows a method: it begins with a case and a minor character, then there are legal measures connected with the case, and hence they change the final legislation.

Marogna’s case seems to be dramatically similar to that of the 23 million Euros from a transaction by the Institute for Religious Works, that Italian magistrates stopped in 2020, freezing the funds. Those 23 million were part of money transfers from an IOR account to another IOR account (the IOR is not a bank and holds accounts in other international banks). However, the retention of the money seemed to be part of a pressure strategy on the Holy See. In 2009, the Holy See signed the Monetary Convention with Europe, which meant that the Holy See had to set up an anti-money laundering system.

After the Vatican adopted law 27, its first anti-money laundering law, the Italian Prosecutor lifted the hold. The funds, however, stayed frozen because of some unsolved issues related to due diligence. The funds were repatriated only almost four years after the block.

In the meantime, Vatican policy evolved in two stages. The first stage was characterized by the urgency of solving concrete issues, like the retention of funds in Italy. The Vatican approached these issues emphasizing good bilateral relations, as shown by the fact that only Italians were appointed to the critical positions in the IOR and the Financial Intelligence Authority. Beyond institutional aspects, there was a bet on “charismatic” influence expected from individuals who were given a decisive mandate. However, this approach did not lead to the awaited results.

So, the second stage came into play. Unlike the first stage, the second stage was characterized by a policy of long-term sustainability. The anti-money laundering law was twice reformed, the Holy See looked more at the international scenario, and the juridical and institutional framework were consolidated. When the IOR announced the funds’ repatriation, it had to recognize that the groundwork that had been laid, some time before, was very solid.

How does this compare to Marogna’s case? There is a small casus belli that leads the Holy See to make decisions in an emergency in both cases. This way, the Holy See’s independence itself is at risk.

Nowadays, like in the past, there is a preference for a robust bilateral policy with Italy. There are many Italians who returned to the top ranks of the IOR and the Financial Intelligence Authority. And once again, a few are vested with mandates based on their personal charisma.

This is a return to the first stage. What is disconcerting is that there appears to be no one, on the horizon, who can guide the Church to the second stage, that of mid-term solutions. Actually, such men did exist, but were pushed out or marginalized as collateral victims of backstabbing disputes.

So, we are stuck in emergency solutions mode. This situation helps those who have always considered the Holy See as a career enhancement opportunity, not as the State they should serve. No one is then defending the Holy See any more. It can be a serious problem, also for the Pope.