Pope Francis, and the narrative about the Second Vatican Council 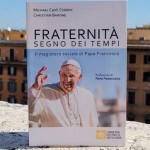 What Pope Francis writes must always be read carefully because it includes transversal messages that also allow us to understand how the Pope thinks or works, and above all, what is the image he wants to portray with his actions. For example, Pope Francis wrote the preface for the volume “Fraternità Segno dei Tempi. The social teaching of Pope Francis,” written by Cardinal Michael Czerny and Father Cristian Barone. This preface is no exception.

The book brings together the social statements of the Pope and gives them a frame to explain what is the social teaching of Pope Francis and where is it headed. In his preface, the Pope shows that he is well aware of criticism against him and he responds directly.

First of all, Pope Francis refers all his social teaching to the Second Vatican Council.

The Pope says he is grateful “to Card. Michael Czerny and Fr. Christian Barone, brothers in the faith, for this contribution they offer on fraternity and for these pages which, while intended to introduce the Encyclical Fratelli Tutti, bring to light and make explicit the profound link between the current social Magisterium and the affirmations of the Second Vatican Council.”

The Pope then explains that the link with the Second Vatican Council sometimes “does not emerge at first sight.” The reason, for Pope Francis, lies in the fact that “in the history of Latin America in which I was immersed, first as a young Jesuit student and then in the exercise of the ministry, we have breathed an ecclesial atmosphere which, with enthusiasm, has absorbed and made its own the theological, ecclesial and spiritual insights of the Council and inculturated and implemented them.”

For the youngest, Pope Francis continues, “the Council became the horizon of our belief, of our languages and our practice, that is, it soon became our ecclesial and pastoral ecosystem, but we did not get into the habit of often citing the Council’s decrees or dwell on speculative reflections.”

In short, “the Council had entered into our way of being Christians and of being Church and, in the course of life, my intuitions, my perceptions, and my spirituality were generated by the suggestions of the doctrine of Vatican II. Therefore, there was not so much need to cite the texts of the Council.”

But today, Pope Francis concedes, “after several decades and finding ourselves in a world – even ecclesial – profoundly changed, it is necessary to make more explicit the key concepts of the Second Vatican Council, the foundations of its arguments, its theological and pastoral horizon, the arguments and the methods used. ”

In practice, Pope Francis responds to criticism of his Magisterium by saying that everything comes directly from the Second Vatican Council and that he never thought of really explaining it because he took it for granted that it was understood this was the case.

It is a direct answer, which in any case leaves some interpretative holes. Is Pope Francis then saying that his way of living the Council is the only one possible? Is he, therefore, putting aside every different point of view, pointing out that he has not been understood?

The reference to the reality of Latin America is also interesting, and sounds almost like a point of honor. In Latin America, the Council has been better understood and from there it began to be lived – and it seems to imply “without resistance.” The statement responds to the need to make Latin American theology a “source theology,” as the Pope has often said.

Pope Francis is therefore reaffirming his vision of the world, responding to criticism, and taking up a narrative that, however, seems to respond to a single thought. As he does every time he is criticized, the Pope links his actions to something previous, as if it were impossible to unlink the actions or contextualize them differently. To those who refer to tradition, the Pope shows that there is a tradition. To those who think about the rupture, the Pope shows that there is a change of pace. It remains to be understood how much this change of pace is perceived or even real.

The other element of interest is how the Pope describes the collaboration between Cardinal Czerny and Father Barone.

The union – writes the Pope – “is fruitful: a cardinal, called to the service of the Holy See and to be a pastoral guide, and a fundamental theologian. It is an example of how study, reflection, and ecclesial experience can be combined, and this too shows us a method: an official voice and a young voice, together.”

Pope Francis concludes: “This is how we must always walk: the Magisterium, theology, pastoral practice, leadership. Always together. The fraternity will be more credible if we also begin in the Church to feel that we are ‘all brothers’ and live our respective ministries as a service to the Gospel and the building up of the Kingdom of God and the care of our common home.”

What is striking here is the reference to the “credibility of fraternity” if we first feel “All Brothers,” which is somewhat reminiscent of the “biting and devouring” of which Benedict XVI spoke, about debates in the Church. This underscores that popes have constantly faced opposition.

But Pope Francis indicates the method of the “young voice and the official voice together,” which will now be considered as essential. A perhaps spontaneous initiative becomes a political fact, almost indispensable, that the Pope has indicated as necessary. But, in the end, Pope Francis points to the official voice as the guide. Therefore, everything must return to the center. It is synodality, not collegiality. The leader always remains, and he is the Pope. It is not all joint decisions. You cooperate with the boss.

2 Responses to Pope Francis, and the narrative about the Second Vatican Council