Pope Francis and the open processes 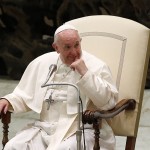 “I like to think that, somehow, the Synod has never ended. This time of welcoming, and the process we have lived through, challenges us to continue to walk together and put this experience into practice.” Pope Francis writes this in a personal note to the Jesuit-run magazine La Civiltà Cattolica. The editor of the magazine, Fr. Antonio Spadaro, published some excerpts of this unpublished note in an article dedicated to Pope Francis’ reforms.

In his article, Fr. Spadaro underscores how Pope Francis is, first of all, profoundly Jesuit. For this reason, the Pope, following the Jesuit rationale, does not think of reform of structures as the first thing. The reform of structures comes as a consequence of the conversion of consciences and bearing a witness of life. Pope Francis does not have a roadmap for reforms. He instead looks at reality and to discerning. Fr. Spadaro explains that discernment, to Jesuits, is never about ideas; it is always about tangible things.

One of the outcomes of this discernment is open processes. Pope Francis – Fr. Spadaro explains – “even ponders either if discernment has been a real one or if it was just a dispute. So, he ponders if discernment led to a real decision or not. If conditions are not right, the Pope does not proceed, notwithstanding the merits of the proposals.”

Fr. Spadaro’s explanation provides food for thought. Pope Francis has, in the end, very often left processes open. The Curia’s reform seems to be a long process that will not end with the awaited promulgation of the new Pastoral constitution. The reform will instead be continuously subject to adjustments, and sometimes to taking a step back.

The conclusions of the Synod of the family are also part of an open process: the exhortation Amoris Laetitia, in the end, does not provide conclusions but invites to discern.

The discussion on the deaconesses is also a process left open. Pope Francis has even recently appointed a second commission on the topic after he seemingly had closed the door to any further discussion. To Pope Francis, it is not important that the Congregation for the Doctrine of the Faith had already issued a document at the beginning of the 2000s. It is instead important to keep discussing it and keep discerning.

Another process left open is the work Pope Francis has initiated in Chile after the shock about the sex abuse scandals – the Pope talked to the bishops, accepted their collective resignation, and now is replacing them step by step, not appointing new bishops but Apostolic administrators. And it is a process left open the investigation that would lead to a report on McCarrick’s case, promised and never published.

Looking at each case, we can see how the Pope that loves to make the decisions, is also a Pope that can take steps back because the discerning comes first, no matter where it takes.

Pope Francis’ modus operandi is thus characterized by discernment. The Pope applies this method to every field and situation. Fr. Spadaro says that Pope Francis does not appreciate ideological points of view. He instead values honesty.

In the note he had sent to La Civiltà Cattolica, Pope Francis himself noted that this way of thinking strongly influences the exhortation Querida Amazonia. Pope Francis writes that the Synod produced a comprehensive discussion on viri probati (man of proved faith that might be ordained as priests). He said that the Synod “was, in that matter, a rich, productive, and even necessary Parliament. Not more than this.” Yet Pope Francis notes that a Synod is more than a Parliament.

Fr. Spadaro’s reconstruction holds all the pieces together. Pope Francis is a deeply “Ignatian” Pope, who lives as a Jesuit, lives the Ignatius’ spiritual exercises, and put into action the process of a change of hearts that lead to real conversion.

The Jesuit perspective must be combined with Pope Francis’ Latin American vision – this is something that Fr. Spadaro does not note. Pragmatic, indifferent to any institutional protocol, Pope Francis has kept a point of view firmly focused on Latin America and a sort of vindication for the Latin American people.

Pope Francis is ultimately a Jesuit and Latin American pope. These two souls cannot be separated. As a Jesuit, Pope Francis considers the Church an institution, and particularly a spiritual institution. As a Latin American, Pope Francis looks at the institution with different, almost suspicious eyes and tirelessly works against the sense of the institution. Hence, the Pope’s decision that the Vatican posts cannot be held for more than two five-year terms. The Pope wants service in the Holy See to be just a service, not a position to reach out for. However, this rationale threatens to undermine the very sense of the the Holy See as an institution, and the Holy See becoming just a place to take temporary jobs.

In the end, it is the first time that we are in front of a Jesuit and Latin American pope. Pope Francis himself has to go for trial and error. His principles are clear, but the principles can cause problems in practice. The umbrella that should cover both the directions and reality can then be too small.

For all of these reasons, Pope Francis will leave the Church a legacy of many open processes and no closure. There was no real roadmap for the reforms. Pope Francis said that reforms are to be made on the go. In the end, the reform of structures was not a priority for Pope Francis. He has always said that the conversion of hearts comes first.

The conversion of hearts should then lead to a Church that vindicates the marginalized people, starting from those in Latin America. Pope Francis is imbued with the notion of the Latin American great homeland, which cannot be underestimated. Pope Francis has ultimately subjected the Church to an Ignatian reform, mixed with a strong Latin-American spirit. It is not easy to interpret him because there has not been anything like him before.