Pope Francis and the paradox of the Council

By Andrea Gagliarducci On 5 settembre 2022 · 5 Comments · In Vatican 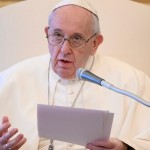 The Curia reform wanted by Pope Francis, but above all, the philosophy behind it, probably brought a consequence that was not foreseen. Starting from the principles identifiable in the Praedicate Evangelium, the whole Second Vatican Council can be questioned. This is paradoxical, since Pope Francis wants to be the Pope who puts the Council into practice.

The question revolves around a central theme in the cardinals’ discussions: the responsibility of the laity. According to the Praedicate Evangelium constitution, everyone, even the laity, can receive government posts because they receive power directly from the Pope. It is, therefore, a vicarial power, not a power given by the sacred Order they receive.

It is a hot issue, and it was immediately the subject of extensive debate. Bishop Marco Mellino, secretary of the Council of Cardinals, in an article circulated to all the members of the college of cardinals in preparation for the Consistory, explained that this definition does not go against canon law as it was reformed after the Second Vatican Council. For Mellino, the fact that the laity can cooperate in government means they can take part in the government that the bishops take part in by vocation.

This interpretation is widely contested. Before the Consistory, interventions on the subject by cardinals Antonio Rouco Varela, Marc Ouellet, and even Walter Kasper had been disseminated. Everyone questioned that this decision to centralize everything in the hands of the Pope ultimately, even the distribution of power, was in the spirit of the Second Vatican Council.

Even the historian Alberto Melloni had denounced the anti-conciliar turn of Pope Francis, who, instead of delegating, increasingly centers his powers on himself. Suppose the canonical mission is the one that gives the power of government. In that case, the power comes only from the Pope, with all due respect to the potestas gubernandi provided by the Holy Order and the fact that the Order makes all bishops equal in dignity, with the same powers, with the same fullness of powers.

It is no coincidence that many of the interventions during the Consistory, prepared and then not delivered because there was no real moment in which it was possible for all to gather, went precisely in this direction.

As mentioned, it was the Second Vatican Council that, intending to return to the sacramental nature of the Church, defined that the sacred powers of the bishops, even before being jurisdictional, concerned not only those of sanctifying and teaching but also that of governing. It was a way of overcoming the abuses of the second millennium of Church history. It had also seen abbesses with territorial powers similar to those of bishops, and bishops who were not even ordained priests.

That there was a strong consensus in the Church on the subject is testified by the fact that the votes on these issues, which ended up in the Apostolic Constitution Lumen Gentium, were mainly in favor: about 3,000 council fathers supported this reading, while only 300 were those who voted against.

Also, this is paradoxical if we consider that Pope Francis wants to link everything to the correct reception of the Second Vatican Council. Indeed, the Pope is particularly ferocious on these issues, especially regarding the liturgy.

The Traditionis Custodes, which cancels all the concessions made on the celebration of the ancient rite, was justified by the Pope as the need to apply the Council, and with the emphasis that the Council must be received in every part because it is the life of the Church.

If this is the way of thinking, what is one to think of the consequences of the Praedicate Evangelium? Can’t the Constitution itself jeopardize the reception of the Council?

It may be easy to argue that liturgy and government are very different issues. But however different they are, the underlying principle remains the same. In the end, there is a contradiction.

This contradiction, after all, pervades many actions of Pope Francis’ pontificate. There is an impulsive Pope and a less impulsive Pope, like two sides of the same coin, which create a fluid and bipolar pontificate and, therefore, one difficult to interpret.

There is a Pope who, on the one hand, condemns all traditionalist forms and, on the other, when faced with the evidence that there are traditional movements recognized by the Church that have their reasons, accepts and supports their work – as happened with the specific decree made for the Fraternity of Saint Peter.

There is a Pope who defends Archbishop Gustavo Zanchetta as long as he can and notwithstanding the accusations against him are overwhelming, assigning him to work in the Vatican and upholding the principle of presumption of innocence. Yet, there is also instead a Pope who asks Cardinal Becciu to relinquish all his positions and prerogatives, effectively condemning him to the media pillory even before a trial is held.

There is the Pope of the sacrosanct zero-tolerance against abuses, and the Pope who steps into the review of the trials of Father Mario Inzoli or Father Grassi in Argentina.

A Pope that accepts a document from the Congregation for the Doctrine of the Faith, which says that no, homosexual couples cannot be blessed, and a Pope who immediately afterward indirectly disavows the document, as it is heavily criticized by the media.

There is a Pope who argues, rightly, that the Synod is not a parliament, and a Pope who detaches himself from the idea of synodal consensus by having all the votes in the paragraphs of the final document published, and all the sections, including those not approved, distinguishing in the outcome between majority and opposition views.

There is a Pope who wants to be close to Ukraine and a Pope who, in any case, fails to distance himself from the news that come from newspapers superficial analyses.

There is a Pope who complains about the communication of the Holy See and a Pope who, instead of helping it, gives various interviews without going through the Department of Communication.

It is said that for Jesuits, the principle of non-contradiction does not exist —a well-known Jesuit, some time ago, pointed out, quoting Dostoevskij – that in theology, 2 + 2 does not always make 4, it sometimes can make 5.

This proceeding by trial and error, perhaps totally in good faith and with the awareness of a necessary reform of the Catholic Church and the Curia, is risking to create an extensive tilt, something that goes beyond the general discontent, which is also palpable.

In the end, if even a tiny piece of the Council can be questioned, continuity in the history of the Church is broken. At this point, even the criticisms brought by Archbishop Lefebvre, in a position that later led to a schism when he consecrated four bishops without the approval of Rome, could be well founded.

At the time, it was said that Lefebvre cared more about his personal battle than anything else. Indeed, both John Paul II and the then prefect of the Congregation for the Doctrine of the Faith, Joseph Ratzinger, did everything they could to resolve the schism. It must be said that Benedict XVI, despite the liberalizations on the use of the ancient rite, has always conditioned a possible return to the communion of the Lefebvrians precisely to a doctrinal preamble that provided for the total acceptance of the Second Vatican Council.

Now, the Second Vatican Council is the guideline of every inspection, every provision, even harsh ones by the Pope. Yet it is profoundly questioned on one of its foundations by an apostolic constitution written “by trial and error,” and with the awareness that it will have to be substantially amended.

Meanwhile, Pope Francis has decided to bring his cardinals together to present them with a fait accompli. The discussion was divided into groups, as it is said may be the case in a possible reform of the General Congregations that precede the conclave. It is impossible to debate in common, as was denounced by Cardinal Walter Brandmüller, one of the most critical voices against this trend.

The Consistory, after all, was a “noncistory.” It is a college that seems more to be an electoral committee than an actual advisory body of the Pope, though many said that the discussion in the groups were lively and free and that nobody felt pressures. Indeed, there is almost a fear of speaking openly. It is hoped that the Pope will read the interventions of the cardinals. Nevertheless, there is a solid underlying concern: that the very nature of the priesthood is being undermined. And there is the fear that the work of receiving the Second Vatican Council has suffered a setback, perhaps a decisive one.

5 Responses to Pope Francis and the paradox of the Council