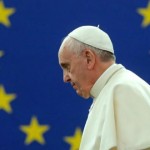 In a platform of dialogue to “rethink Europe” and look toward the future, various members of parliaments, bishops and diplomats will meet in the Vatican at the end of this week in order to understand how Europe can be rethought. It is an important event, and not only because Pope Francis will draw the conclusions. It is important to look beyond this event and understand why the European Church is so important for the Catholic Church.

Times when the discussion on the Christian roots of Europe grabbed the headlines seem to be far in the past. At that time, the drafting of a Europe Constitution was under discussion, and the Catholic Church took a position by underscoring what was in fact obvious: that Christian culture was the artifex of communities, and Europeans can claim to have something in common thanks alone to these communities who shared a common heritage made of churches, faith, education and love for the poorest and most marginalized.

In the frontline of this cultural struggle were St. John Paul II and Cardinal Joseph Ratzinger. A lecture delivered by the latter in Subiaco, on the eve of the Polish Pope’s death, certified that this was one of the Church’s main goals, and led Ratzinger to earn the votes of the last undecided cardinals at the conclave that elected him Pope Benedict XVI.

More than 10 years later, everything has changed. Europe has turned 60, but the European topics have moved away from the cultural debate. During these most recent years, economics and politics have been the main topics of discussion, while European roots and the identities of peoples were completely overshadowed. Secularization flattened everything, while religions seem to be marginalized in the public arena. Seemingly the Church itself took the decision to look elsewhere, to the places of the first evangelization, rather than to those of the new evangelization. Pope Francis’s election in 2013, that is, the election of a Pope coming from Argentina, showed that this was the new approach.

Four years after Pope Francis’s election, Europe needs to be looked at in a renewed way. It is almost incredible, but Pope Francis has dedicated many speeches to Europe. His first trip in Europe, after the trip to Lampedusa, was to European institutions in Strasbourg, where he delivered two speeches that in the end reiterated all the notions at the basis of the Social Teaching of the Church.

Many of Pope Francis’s speeches have dealt with Europe. However, the most important of these speeches is a private one, reported from a meeting the Pope had with a group of French politicians, the Socialist Christian group called Poisson Rose. The Pope told them that, in his view, Europe is the only continent whose mission is unity.

So, while the Christian idea of Europe was overshadowed, a non-European Pope might have been able to contribute to a re-awakening of the European Church. The election of Cardinal Angelo Bagnasco of Genoa as President of the Council of European Bishops’ Conferences determined the outcome of this paradigm shift. During the last plenary session of the Council, held in Minsk from September 27 – October 1 European Bishops revitalized and prioritized their mission of evangelization before determining any pastoral plan.

Will this renewed mission be a winning one? It is possible. The dialogue in the Vatican that will take place the next weekend will be, in the end, the moment when the Catholic world will claim a presence in Europe. It is not the time for proselytism anymore, and this is true. But it is time to underscore how the Christian reality was somehow marginalized by European institutions.

Perhaps it is not by chance that the eastern rite bishops will gather for their annual meeting during the same days in London, with the aim of seeking a united Europe. The looming European challenge is an ecumenical one for a simple reason: ecumenism is a bond between East and West, it joins two culture and goes to the roots of a common thought.

Blessed Paul VI consecrated St. Benedict as patron of Europe in 1964, while St. John Paul II proclaimed Cyril and Methodius co-patrons of Europe in 1990, giving an impetus to the ideal of Europe breathing with two lungs. Today, both lungs of Europe are still necessary in order to recreate the European ideal.

Will this be a topic of discussion in the Vatican? Probably not. The Vatican currently prefers to dialogue with European institutions. Certainly, however, this notion will remain in the background of many European bishops’ thoughts and words. European bishops know that Europe has now returned to a land of evangelization, together with hidden martyrs and the persecutions of Christians that are not considered as such, but that take place in many ways, as the Aid to the Church in Need report on religious freedom showed.

This Church’s dialogue with institutions bears the sense of a presence that does not want to stay silent anymore. Organized by the COMECE, the committee of bishops headquartered in Brussels with direct relations with European institutions, the meeting that is planned for later this week had the backing of the Vatican Secretariat of State, and both Cardinal Pietro Parolin, Secretary of State, and Archbishop Paul Richard Gallagher, the Vatican’s “minister of foreign affairs,” will deliver speeches.

Certainly, bishops will look toward East, as Eastern European countries are those that shine the light of evangelization more than others. Poland and Belarus witness high Mass participation for instance. The Christian world in Romania, Slovenia and Slovakia took to the streets, collected signatures and initiated referendums to defend the family. In Poland, a huge movement aims to outlaw abortion.

This spirit of Church in the Eastern Europe can be also noted in the forgotten Ukrainian conflict. The Holy See looks attentively at that, and Major Archbishop Sviatoslav Shevchuk, head of the Ukrainian Greek Catholic Church, stressed that the Holy See “is almost the only institution that raised its voice to defend the Ukrainian people.”

In the end, rethinking Europe means building a Europe of people again. There will be, again, a discussion on Christian roots, but it will be born out of renewed attention to the mission that Europeans have not yet exhausted.

Certainly, rethinking Europe also means rethinking its institutions in order to make them fit to care for human beings, rather than fit for technical issues and personal interests. This is also part of the Holy See’s vast commitment that involves a proposal to reform the United Nations.