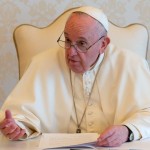 In one fell swoop, Pope Francis appoints prefect, secretary, and undersecretary of the Congregation for Divine Worship and the Discipline of the Sacraments. In this way, he will fill the position left by Cardinal Robert Sarah, whose resignation he accepted for reaching retirement age last February. According to his habit, the Pope begins to change the very characteristics of the dicastery, in small steps, according to his style, and with precise gestures.

The profiles chosen for the start of the revolution reveal how the Pope will proceed with the changes in the Curia. Archbishop Arthur Roche was appointed prefect. Secretary of the Congregation since 2001, it was he who mediated between the personalities of Pope Francis and the liturgical sensitivity of Cardinal Sarah, who never opposed the Pope, but who never hid his different point of view on some issues. Roche gives the dicastery a sign of continuity since he was its secretary for nine years. Certainly, however, he is a “softer” personality in liturgical themes. If he is created cardinal – as presumable, given the post – he will be faithful to Francis, no ifs and buts.

Bishop Vittorio Francesco Viola of Tortona was appointed secretary. Pope Francis met him personally in Assisi in 2013, when Viola was the custodian of Santa Maria Degli Angeli’s convent and president of the local Caritas. In 2014, he appointed him bishop of Tortona. A Franciscan, Viola knows the times and ways of community obedience. However, he also knows how to govern decisively, and he proved it in Tortona. His arrival in Rome had been rumored for some time, but it became certainty last Tuesday. A clue above all: Viola refused to be elected president of the Liturgy Commission of the Italian Bishops’ Conference. He was about to be elected in that position with the support of ten regional Bishops’ Conferences out of 20.

In the liturgical field, Viola is wrongly counted among the progressives because he was ordained a priest by Bishop Luca Brandolini – a disciple of the architect of the liturgical reform Annibale Bugnini – and because he was a friend of the archbishop of Assisi Domenico Sorrentino, also considered “open” in terms of the liturgy. In reality, Viola observes particular care for the liturgical field. He represents, in the triad, the novelty. But his appointment also speaks of the Pope’s prudence: Viola was supposed to become prefect (at least, so it was said), but Pope Francis preferred to give him a more operational position and not so close to him. A sign that Viola is not always considered wholly aligned but rather a person with his thought.

The Congregation will have to face a rather complicated task: a dialogue with the traditionalist world that Pope Francis does not seem to favor. From the General Assembly of the CEI, where he spoke in a Q&A behind closed doors, it has said that the Pope has asked for work on a motu proprio which, in practice, places new restrictions on the use of the ancient rite, imposing, in some way, the conciliar liturgy. It is a step back, and above all, if the rumors was proved right, it responds to a logic of division.

Benedict XVI’s openness to the ancient rite responded to two needs. The first was not isolating the faithful of the Church who wanted to continue celebrating mass with the old form, which had never been repealed and which was still granted. Liberalizing the possibility of celebrating mass with that rite allowed everyone to feel part of the Church in the variety of rites.

The second reason was to better define the dialogue with the traditionalist world in a condition of schism, particularly with the Lefevbrists. The excommunication of Lefevbre and his family had been the last resort in the face of the challenge of episcopal ordinations conducted without papal consent, certainly not a deliberate choice. But, faced with the Lefevbrians’ complaints about the liturgy,

Benedict XVI thought of removing this excuse by them. If the traditional liturgy was not a problem, then the issue was a different one. In the dialogues that followed, the Lefevbrists – who had also had the excommunication of their illicitly ordained bishops revoked – always refused re-entry into the Church because they rejected a doctrinal preamble by which they would be accepting the Second Vatican Council.

Now, the Second Vatican Council question is instead imposed, in the style of Pope Francis, who is asking everyone for unity. The Pope wants to overcome any possible resistance, and he wants faithful collaborators who carry out his project.

Thus, the changes to the Divine Worship dicastery anticipate what will be a general shock that the Roman Curia will experience this year. There will not only be the reform of the Curia, with the new dicasteries and the merging of others, but also a substantial generational change. At the Dicastery for Divine Worship, Pope Francis has opted for a continuity faithful to his line, an outsider, and a traditional profile that, however, goes into a slightly more marginal role. And, before the changes, he started an internal inspection, led by Bishop Claudio Maniago, which lasted a short time.

Now it seems that a similar inspection will be launched at the Congregation for the Clergy once Cardinal Beniamino Stella leaves its leadership – it will happen in August when he turns 80. As the new prefect for the clergy, Cardinal Blaise Cupich, archbishop of Chicago, is often mentioned. It is a profile undoubtedly pleasing to the Pope, who, however, would thus deprive himself of one of the few cardinals in the United States who carry forward his line. When the American bishops are battling against the Biden administration, and the Pope instead wants a softer line, the presence of a friendly cardinal can come in handy.

Another American, Bishop Robert F. Prevost, would be called to the Congregation of Bishops in place of Cardinal Marc Ouellet. Prevost leads the missionary diocese of Chiclayo in Peru, he knows Rome because he was general of the Augustinians, and it is a new profile. He, too, would be very loyal to the Pope and his line.

For the Congregation of Education, however, Pope Francis could call a Jesuit: Cardinal Jean-Claude Hollerich, Archbishop of Luxembourg, current president of COMECE, who has proven to be sensitive to the issues of young people and migrants. He, too, would be a profile that would guarantee the Pope line in his work, at least during his pontificate.

For the Congregation for the Oriental Churches, there is talk of the appointment of Archbishop Paul Richard Gallagher, hitherto the Vatican “foreign minister.” This would also leave a vacant position in a crucial role at the Secretariat of State, which Pope Francis would fill with another loyalist. It remains to be seen whether the choices will create a rift in the diplomatic thinking of the Secretariat of State.

The Pope’s method is, however, clear: to divide the fronts where there seems to be more resistance; include the faithful in important positions to guarantee a shared line; ask for unity by lamenting any dissenting voice, and ask for dialogue when everyone is going in different directions from those of the Pope.

This method can be seen in many decisions: from the request for further dialogue to the US bishops on the subject of communion to the abortionist politicians (because on the issue they were all compact on the line of no) to that of being united in the reforms; up to direct attacks on people or institutions, made in public, to report his dissatisfaction directly. He did so with Vatican News on May 24, when he stressed that the new structures must not be “a mountain that gives birth to a mouse.” But he also did so in his speeches to the Roman Curia when he complained of the illnesses of the men of the Curia.

And then, key appointments have yet to be made. Until now, the Pope has not operated an actual spoils system, at least in the top positions. There have been, though, many promotions in the middle or secondary roles. These promotions were sometimes accompanied by episcopal titles that had never existed for that post. These are also signs