Pope Francis, His Ostpolitik and the Issue of History Pope Francis: The End of an Era?

Pope Francis, between his beloved Latin America and the attraction toward the East 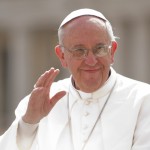 A glance toward his native Latin America, and a glance toward the East: Pope Francis’ seems to alternate this way, as the schedule of his international trips is about to start again. A schedule that will prove to be intense.

Pope Francis will leave for Colombia Sep. 5. Between the end of November and the beginning of December, he will go to Burma and Bangladesh. In January, the Pope will visit Chile and Peru. What comes next is yet to be determined, but the schedule of Pope’s trips in 2018 – many observers take as a given – should include a trip to Romania. A dream come true would be a trip to Moscow, and even to Beijing, but these could hardly happen in 2018. Certainly, the Pope will go to Ireland, for the World Meeting of Families.

The choice of destinations for international trips show a certain sensitivity. Pope Francis looks at Latin America as a territory that he knows better than any other one. He is visiting it as Pope step by step – his trips have included Mexico, Ecuador, Paraguay, Bolivia, and Brazil – though he still has not gone to his homeland, Argentina.

It is generally assumed that he does not go to Buenos Aires to avoid any political instrumentalization. It is possible, considering that the Pope asked Scholas Occurentes – the organization he backed in Argentina which has now become a foundation of Pontifical right – to decline financial aid from the government.

However, the criteria through which the Pope chooses the destination of his trips seems to be different: he goes to places he does not know very well, and to places that a Pope has not visited for a long time.

There is no issue, in Latin America, that the Pope misses, as he is always well informed. The Pope is surrounded by collaborators who have worked and know very well the Latin American environment: Cardinal Beniamino Stella was nuncio to Cuba, Cardinal Pietro Parolin was nuntio to Venezuela – and it was because of his knowledge of the situation that the Holy See has taken a prudent approach in the Venezuelan crisis.

Now, the next destination is Colombia. Two popes already went there. Pope Francis arrives there after the government signed an agreement with the FARC guerrilla that the population did not fully welcome. The biggest challenge for the local Church will be that of avoiding the Pope’s trip being instrumentalized. For this reason, sources from local Churches emphasize that the Pope is going to revive people’s hope, and everything in the Papal schedule has been balanced in order to shed light on spiritual issues. The Pope will also preside the beatification Mass for a priest and a bishop, killed by the guerrilla but never involved in political activities.

Paying attention to Latin American responds mostly to an attraction of the heart for Pope Francis, who knows the local history and culture enough to interpret the reality of the continent. Reason, on the other hand, is what pushes Pope Francis always more toward the East.

Pope Francis’ trip to Myanmar is the first for a Pope to that country. The Pope is going also thanks to the recent opening of diplomatic ties, which created a communications channel with Burma, still partially under military rule. One of the main purposes of the trip is to support persecuted ethnic minorities – including Christian minorities – and to raise once again concern for the plight the Rohingyas, a Muslim people discriminated against in Myanmar, Bangladesh, and India.

The Pope will then go to Bangladesh, to show his affection for a population that has endured the terror of ISIS attacks, including an attack on a restaurant which claimed tens of victims.

It is noteworthy that the Pope wanted both of the countries to have a Cardinal: Patrick D’Rozario in Bangladesh, and Cardinal Charles Bo in Myanmar. It is also noteworthy that recently Myanmar witnessed the first beatification of a local saint. The same has happened in Laos, which is the Holy See’s next diplomatic frontier – Laos is one of the very few States in the world that does not have full diplomatic ties with the Holy See.

Throughout the years, the Pope has always set his gaze on the East: he traveled to South Korea, the Philippines, and Sri Lanka. Even the very first international trip of his pontificate – that is, one that was not previously scheduled – was toward the East, to Jerusalem, to celebrate the 50th anniversary of the historical embrace between Blessed Paul VI and Patriarch Athenagoras.

The Pope looked toward the East when he developed tighter relations with Patriarch Bartholomew of Constantinople, with whom he co-signed the message for the World Day of Prayer for Creation – the first time for a message of this kind.

The Pope looked toward the East when he traveled to Albania and Bosnia, two martyr countries – the first martyrized by State atheism, and the second by civil war.

Pope Francis directed his glance toward the East pursuing with determination a meeting with Patriarch Kirill of Moscow, and not by chance this meeting with the East took place in one of the places in Pope Francis’ heart for Latin America – Cuba.

Pope Francis set his gaze on the East in granting permission for the relics of St. Nicholas to go to Russia, but also when he launched an extraordinary fundraising collection for Ukraine. The East was a main concern for the Pope when he sent Cardinal Fernando Filoni as special envoy to Iraq, at the climax of the crisis in the Nineveh plains.

Pope Francis’ traveled to the Caucasus, in two occasions: first, to Armenia, the first Christian nation; and after to Georgia, where Catholics live difficult relations with the Orthodox World, and to Azerbaijan, that is trying to show itself as a place of encounter.

The Pope’s diplomacy directed its glance to the East by going to Egypt and seeking an encounter with Sunni Islam, while at the same time talks were underway with Shiite Iran. And it was certainly glancing to the East that he went to Lesbos to address the migration crisis, and to Turkey to foster ecumenical relations with the Ecumenical Patriarchate.

The East is in general a main concern. There are ongoing talks with Vietnam in order to establish diplomatic ties, and there are hopes that an agreement with China will be reached on the appointment of bishops, which is still a big hurdle.

Even the World Youth Days are an outcome of this alternating gaze set to the East and Latin America: the Pope will go to Panama in 2019, after having celebrated the meeting in Poland in 2016 and in Rio de Janeiro in 2013.

Can we say that the future of the Church lies in the East?

We could, and, in the end, it really seems so. Pope Francis is certainly aware of it. He is really setting his gaze to the East to find the roots of the Church and that popular piety that makes of the Church a people, that was lost with secularization.

This popular piety is still alive in Eastern Europe, whose Church representatives were among the strongest in defending the Church’s doctrine and analyzing real problems during the two Synods on the family.

This is the reason why looking to the East is part of a strategy. It means going back to rediscover the future of the Church, looking for comfort in a tradition that is still alive.

This is the reason why Pope Francis’ pontificate sets its gaze toward the East, always more inexorably. Pope Francis’ next moves will probably show that.